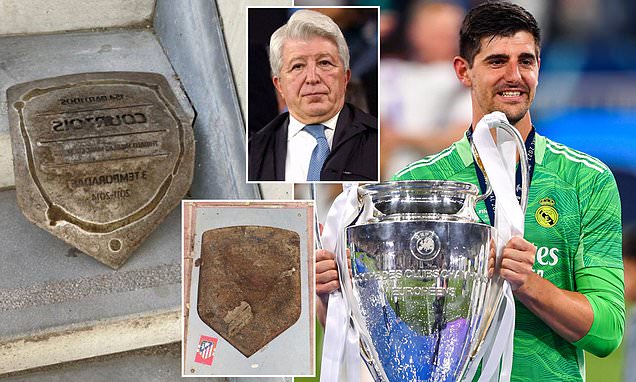 Atletico Madrid fans have reacted with fury at Thibaut Courtois’ Champions League success with Real Madrid after removing a special plaque commemorating his time at the club.

Courtois was named man of the match on Saturday night for Atletico’s city rivals after putting in a series of stunning saves to deny Liverpool’s Sadio Mane and Mohamed Salah in helping Real win the Champions League final 1-0 at the Stade de France, Paris.

The Belgian stopper enjoyed a loan spell at Atletico while on the books of Chelsea, with his time at the Spanish side seeing him reach the 2014 Champions League final, where they were defeated by Real 4-1 following extra time after Sergio Ramos had scored a heartbreaking equaliser in stoppage time. 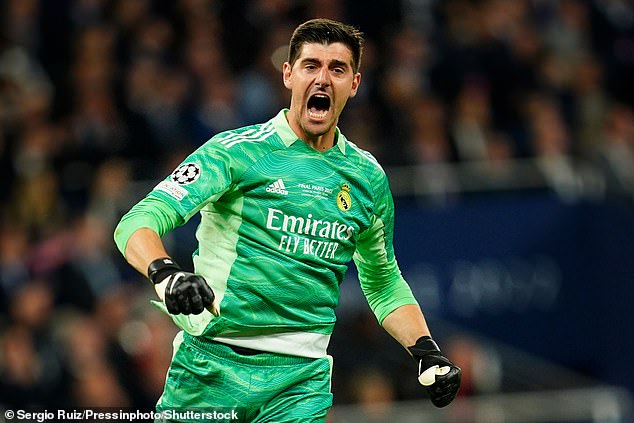 Speaking after his sensational display in Paris, Courtois said: ‘I said to my friends yesterday [Friday] that when Real Madrid play finals they win it. I am on the good side of history.’

Prior to moving to Real from Chelsea, Courtois had a plaque placed at the Wanda Metropolitano as part of the club’s ‘walk of legends.’ His comments drew fury from Atletico supporters who had demanded its removal following the keeper’s post-match comments.

Club president Enrique Cerezo then gave his blessing on Monday, with Marca quoting the Atletico chief as telling fans: ‘If you want to remove Courtois’s plaque, go with a pick and a shovel and remove it.’ 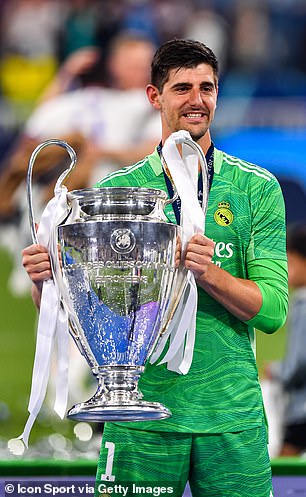 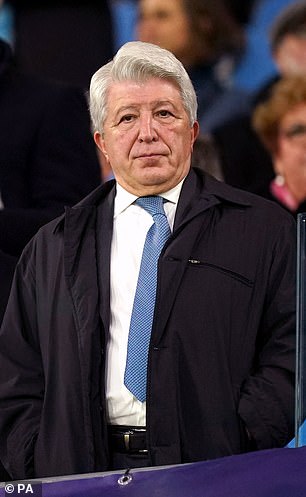 Just hours later the supporters did just that, with pictures circulating all over social media of the removed plaque as well as the alleged now empty tile it had come from.

Hours after the removal of the plaque had been made known online, Courtois appeared to respond to the reports by posting a tweet to his account of him holding the Champions League trophy with the caption ‘Hala Madrid #Champ14ns’ referring to the record 14th time the Spanish giants had won the competition.

Courtois had previously spent three successful seasons on loan at Atletico after joining the club shortly after completing a move to Stamford Bridge in 2011. 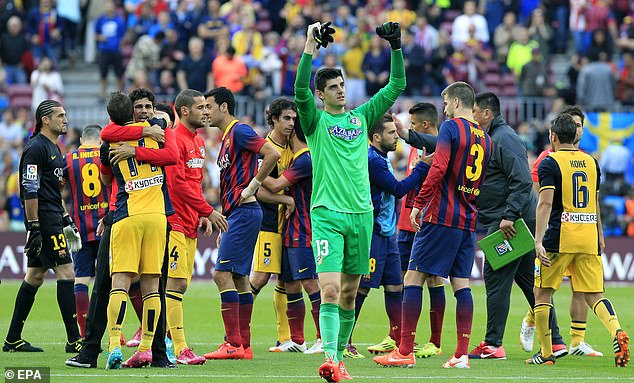 Courtois was a key star during his time at Atletico, helping the club win LaLiga in 2014 (above)

While at Atletico he won La Liga, the Europa League as well as the Copa del Rey during his 154 games. His form was enough to earn him a call-up to the Chelsea first-team to replace long serving No 1 Petr Cech before joining Real in 2018.

During a Sunday celebration in the capital at City Hall for Real stars, Almeida said: ‘It made me enjoy a lot for a few years; let me tell you one thing with love: those of us who cried with you in Lisbon are also on the good side.’ 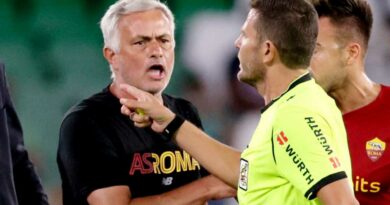 Souness called out by groundsman for blaming Liverpool defeat on GRASS