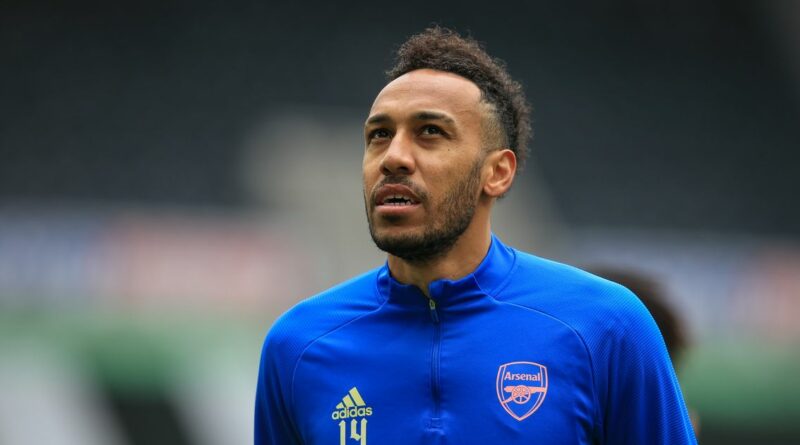 Pierre-Emerick Aubameyang claims he was "dying a little bit" as he returned to action after suffering from malaria.

The Arsenal forward came back into the starting XI for the 2-0 win at Newcastle on Sunday afternoon.

Aubameyang grabbed his side's second at St James' Park before he was hauled off after 78 minutes.

The 31-year-old insists he felt good for the majority of the game before fatigue began to set in as the contest went on.

He told Sky Sports: "When you are out for a few weeks you realise how good it is to be back on the pitch and scoring a goal. It was a great goal [from Mohamed Elneny]. I am happy for him because he is a great guy.

"The last five minutes I was dying a little bit but to tell the truth I felt good for most of the game and I was happy with that.

"The doctors did incredible work with me and I am really pleased with them and have to say thank you to them.

"It was really important to take some confidence as we know Thursday we will need everybody to be ready. Hopefully we can go through."

Mohamed Elneny scored the opening goal early on before Aubameyang doubled Arsenal's lead in the second-half.

He finished at the back post, his 15th goal of the season, after Gabriel Martinelli fired over an excellent cross with the Gabon international giving his team-mate credit.

"We needed this one I think. After a few games without winning it was important ahead of our game on Thursday," he added.

"It was a great goal. [Gabriel Martinelli] did incredible work today and he gave me this assist. All credit to him. I was really happy to be back."

Matt Doherty: Republic of Ireland will not panic against Slovakia in crucial Euros play-off