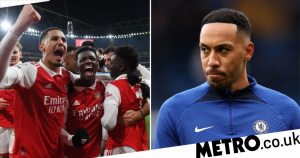 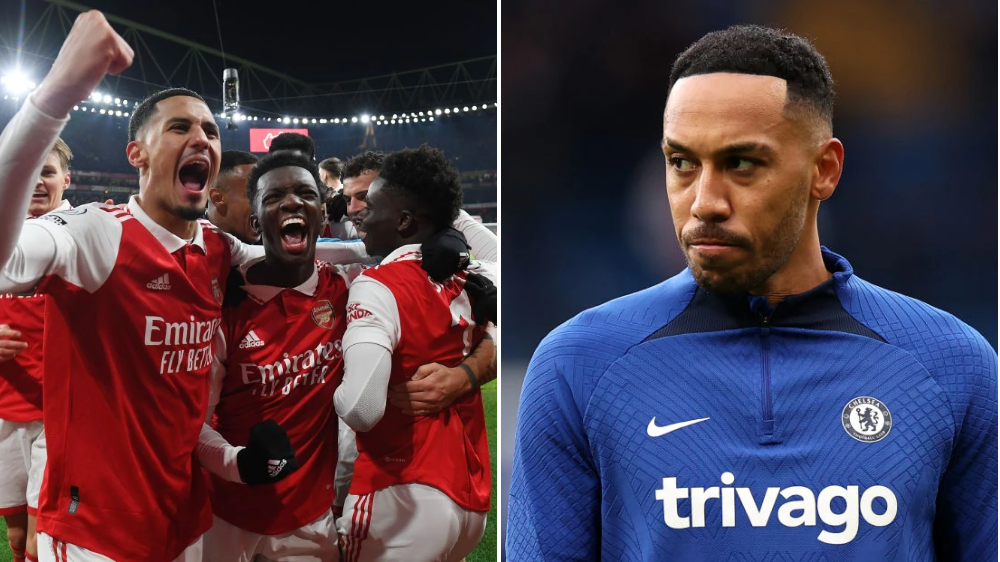 Pierre-Emerick Aubameyang has been left wishing he was part of Arsenal’s title challenge instead of struggling at Chelsea, according to Emmanuel Petit.

But the Gabon striker was essentially banished by Mikel Arteta before being sold to Barcelona this time last year.

Aubameyang said it was a dream to join Barca but only spent six months at the Nou Camp before being sold to Chelsea last summer.

While Arsenal are enjoying a sensational season – opening up a commanding lead at the top of the Premier League table – Chelsea are down in 10th with Aubameyang contributing just three goals in 17 appearances.

All three of Aubameyang’s Chelsea goals came in October and Petit believes he must be regretting how his Arsenal career ended and be envious of his former team-mates who are challenging for the title.

‘I said at the start of the season when they bought him it looked like a panic buy, Petit told Sporting Post. ‘Aubameyang is still a quality striker but he isn’t what he used to be.

‘I think he lost his passion and I think after his spell at Barcelona he can see what Arsenal are doing without him. What Jesus and Nketiah are doing.

‘Maybe he is thinking if he had the right attitude he could be part of what is going on there.

‘Now with Chelsea, maybe there is a “curse” with the striker, but Didier Drogba wasn’t cursed – the whole team is not working, there is something wrong at the moment.

‘There aren’t many players playing well for Chelsea right now. Even Mason Mount! I don’t recognise him at the minute.’

Aubameyang came on as a late substitute in Chelsea’s goalless draw with Liverpool at Anfield, a result that leaves Graham Potter’s side 10 points outside the Champions League places.

Liverpool are also some distance off the top-four and Jermaine Jenas reckons Chelsea are more likely to make up the ground than Jurgen Klopp’s side.

‘If I was to gamble on one I would probably say Chelsea due to the number of signings they have made this week,’ the former England star told Match of the Day 2.

Liverpool just don’t seem to be able to get themselves going.’

Ex-Liverpool midfielder Danny Murphy added: ‘They are both capable, but they are going to have to find some form – and fast – because the gap is still quite big.’

Meanwhile, Stake.com has become the first bookmaker to pay out on Arsenal winning the title this season.

Arsenal were 28/1 to win the Premier League at the start of the season, and now Stake.com will be paying out hundreds of bets, with one punter picking up £14,000.

‘We’ve seen enough of the Gunners to make the decision to pay out on all bets for them to be crowned champions, so fans who had the faith at the start of term won’t have to wait any longer to be paid out.’ 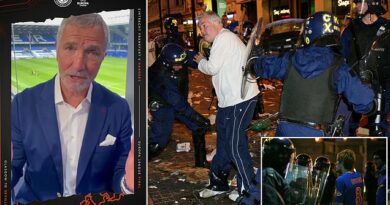 Souness: Rangers fans must 'behave' in Seville after RIOTS in 2008