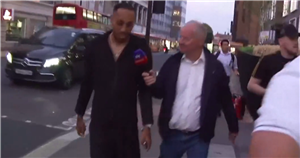 Pierre-Emerick Aubameyang has sent Chelsea fans into a frenzy after stating "I'm back" ahead of his return to the Premier League.

The Blues have been desperate to bolster their attacking options this summer and had eyed the Barcelona star throughout the transfer window. With just hours left before the market shuts, a deal is set to be complete.

And the former Arsenal star has wasted no time in returning to London after he was spotted on his way to completing a medical. Sky Sports managed to get hold of the striker as he walked down the street with reporter Gary Cotterill asking about his impending transfer.

The Gabon international was understandably reserved but did give a telling two-word statement by replying: "I'm back." Many Chelsea fans have been keen to see their attack strengthened with Kai Havertz and Mason Mount registering no goals or assists so far this season.

Thomas Tuchel had told new Blues owner Todd Boehly that he wanted to be reunited with Aubameyang, who he worked with at Borussia Dortmund. The forward had only joined Barcelona in January after his contract at Arsenal was ripped up.

But the Blaugrana had been open to a sale to balance the books – especially after forking out for Robert Lewandowski. Aubameyang might also feel he was forced out of the Premier League due to his acrimonious exit from the Emirates. A fallout with Mikel Arteta saw Aubameyang stripped of the captaincy and ostracised from the squad. His contract was eventually torn up at the end of January, allowing him to join Barcelona on a free deal.

However, the 33-year-old is on the verge of signing for Chelsea in a two-year contract with an option for another season. The transfer will also see Marcos Alonso go the other way, who has been sidelined following the arrival of Marc Cucurella at Stamford Bridge. 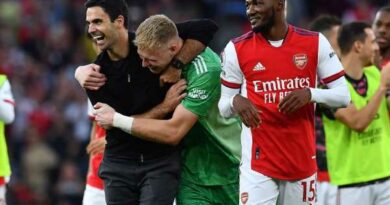 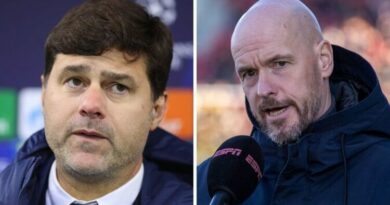