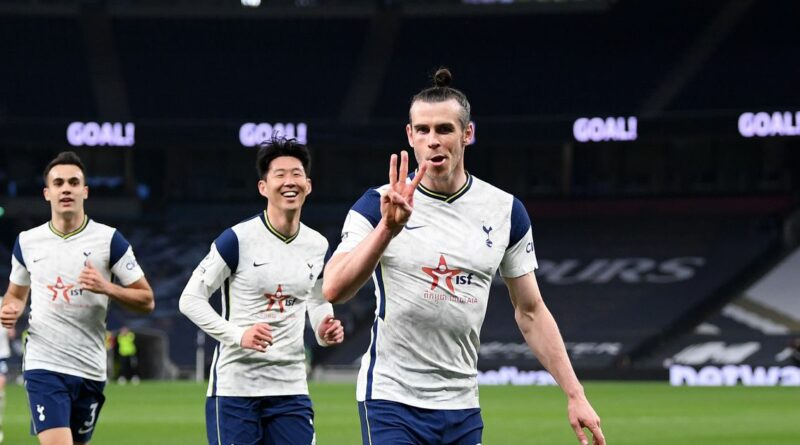 Gareth Bale aimed a thinly-veiled dig at old boss Jose Mourinho after scoring a hat-trick in Tottenham’s 4-0 win over Sheffield United on Sunday.

But it was Bale who was the star of the show – the Welshman hitting a 33-minute hat-trick with goals either side of half-time to give the north Londoners a commanding 3-0 lead.

Son added some gloss to the scoreline late on as Spurs closed the gap on fourth-place Chelsea to just five points and kept their slim top-four hopes alive.

Interim boss Ryan Mason has been praised for restoring some of Tottenham’s traditional attacking verve following the negative reign of Mourinho.

It’s something not lost on hat-trick hero Bale, who told Sky Sports: “(It's) the fact that we’re more on the front foot, we’re closer to the goal and you’re able to score more.

Bale’s comments could be construed as a cheeky dig at old boss Mourinho, who received criticism for trying not to lose matches instead of trying to win them during his time in north London.

The Portuguese manager was sacked last month following a poor run of results which had seen Tottenham exit the Europa League to Dinamo Zagreb and slip from Champions League contention.

“I feel good, as I’ve said before I just needed to play games, to get a run of games and I’m doing that now,' Bale said, looking to the future.

“I’m happy and when I’m happy I normally play well.

“It was a great performance from the first whistle. I feel like we were on the font foot and we pressed well, got hold of the ball, played some good football. It’s always nice to get another (hat-trick) ball.

“You have to take your chances when they come, and I had a few tonight.

“Winning always makes everyone happy, it gives a winning mentality to the dressing room. That’s all we can do.”