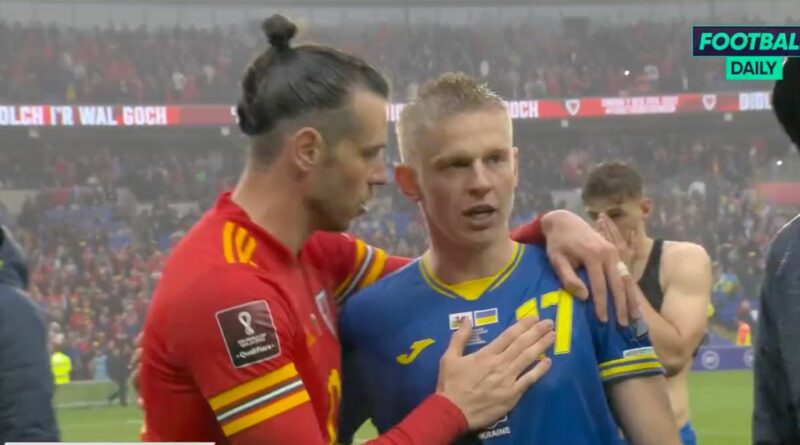 Gareth Bale showed his class by comforting Ukraine star Oleksandr Zinchenko after Wales qualified for the World Cup on Sunday.

Bale was the hero for Rob Page's men after his free-kick was deflected past Heorhiy Bushchan by Andriy Yarmolenko to seal a historic 1-0 win. The result means that Wales will make their first appearance in a World Cup for 64 years when the showpiece tournament kicks off in Qatar later this year.

But although it was delight for Bale and Wales, it was despair for Ukraine, who were bidding to qualify for the World Cup for their fans, who are under attack from Russia back home.

Unfortunately, Zinchenko and his teammates came up short just days after a heroic performance against Scotland to book a spot in Sunday's showdown with Wales – but Bale made a beeline for the left-back immediately after the final whistle at the Cardiff City Stadium.

The pair could be seen sharing a few words in an emotional exchange before they embraced and went their separate ways. Zinchenko has been hailed for speaking eloquently on the ongoing conflict back in his home nation in recent months and gave a passionate pre-match press conference before the win over Scotland.

The Manchester City star was magnanimous in defeat after the final whistle on Sunday, where he wished Wales well ahead of the World Cup in Qatar. And the 25-year-old insisted that he and his teammates would pick themselves up and "carry on" after a tough result.

What did you make of Ukraine's performance against Wales? Let us know in the comments section.

Zinchenko told Sky Sports: "First of all I would like to say a massive thanks to the support we received during this time.

"It isn't necessary to speak about the game because every one of us gave everything today, we left everything on the pitch, and the keeper from Wales did an unbelievable job. He was definitely man of the match, it was incredible saves.

"In general I don't think we deserved to lose, it was such a tight game, so tough. I used to, when I was a kid, I grew up and after a fight you couldn't fight again. If you lost, you lost. But life you need to carry on, we need to work as a team. I wish all the best for Wales for the World Cup. A long time they haven't been there. That's it." 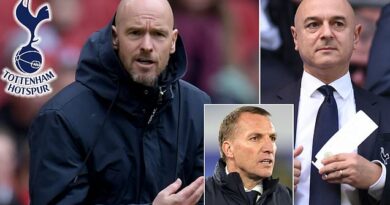