Manchester United could turn to Real Madrid outcast Gareth Bale, if they are unable to sign Jadon Sancho this summer.

Ole Gunnar Solskjaer is prioritising a move for a winger in the final weeks of the window, with Sancho at the top of his wishlist.

Reports have suggested the player has agreed terms over a move to Old Trafford, but United have so far, failed to match Borussia Dortmund’s hefty valuation.

The Bundesliga giants have slapped a £108m price tag on the England international – a fee that United decision makers deem too high in the current climate.

Despite Solskjaer being keen to recruit talented youngsters, Bale has emerged as a potential, short-term alternative to Sancho.

United inquired about Bale’s availability last summer, but were put off by his huge £600,000-a-week wage.

However, the situation has now changed, with the La Liga champions believed to be willing to pay a portion of his wages.

But this isn’t just the second time United have been linked with a move for the former Tottenham star. In fact, Solskjaer becomes the FOURTH Red Devils boss to be eyeing a move for Bale.

Sir Alex Ferguson wanted to sign him during his tenure, while David Moyes and Jose Mourinho both saw their pursuits come up empty handed.

Back in 2017, Bale revealed he snubbed a move to Mourinho’s Man United, in order to win more trophies in Spain.

Asked about leaving the Bernabeu to be the main man elsewhere, he said: "Well, there's an argument for that but I think the main thing, when you look back on your career, is that you look at your trophies.

"In the end that's probably the most important thing."

And he was proved right. Since then, he has won his fourth Champions League, another La Liga title and two more FIFA Club World Cups.

But three years on, the situation in Madrid looks drastically different for him.

The 31-year-old has barely kicked a ball for Real in recent months, with the relationship between him and Zinedine Zidane seemingly beyond repair.

In a spell that has seen him win 12 major honours for Los Blancos, the opportunity to come back to the Premier League may be too difficult to turn down.

That was confirmed earlier this year, when Bale openly admitted he would be willing to listen to offers, should they come in.

He said: "If those options arise, it is something I'd look at for sure. We'll see what happens, we have plenty of time in this transfer window and a couple of others as well.

"Time will tell but mainly I think the reason is that the decision is in Real Madrid's hands."

After near misses and empty helicopters, Solskjaer may taste success where all of his predecessors failed.

The time may never be more perfect for him to finally make the move. 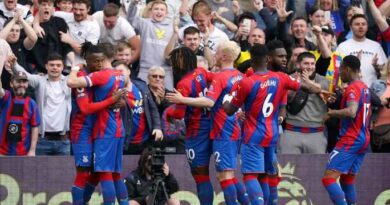 Would you live in a glass house? This family does 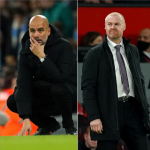