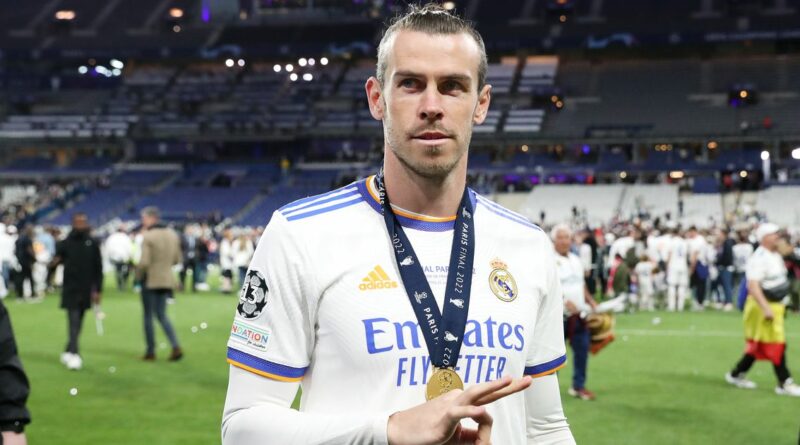 Cardiff City may have to abandon plans to sign Gareth Bale following the revelation that his Real Madrid wage exceeds that of the Bluebirds' entire first-team squad.

The Wales captain was his nation's hero once again on Sunday as he inspired the Dragons to a first World Cup since 1958 following a 1-0 play-off win over Ukraine. Bale's deflected free-kick was enough to see his side seal a spot in Qatar later in the year, where they will face neighbours England in a mouth-watering Group B encounter.

Following his heroics on Sunday, the 32-year-old confirmed that he will postpone plans to retire amid suggestions a failure to help Wales quality for the World Cup would see the former Tottenham winger hang up his boots. Championship club Cardiff are now understood to be pushing to pull off a remarkable coup for the soon-to-be free agent, however Bale's staggering salary sees them up against it.

Prior to Wales' World Cup play-off with Ukraine, the attacker confirmed he has "loads" of offers on the table following the news that he will depart Real Madrid after nine trophy-laden season with the side from the Spanish capital. Bale penned an emotional farewell letter to the club's fans last week.

With the Welsh captain available on a free this summer, the battle is on to secure his services and hometown club Cardiff have emerged as one such interested parties hoping to pull off an importable transfer scoop. But it will by no means be easy.

According to the BBC, Bale raked in a reported £600,000-per-week at Real Madrid – an extraordinary figure which eclipses the entirety of the Bluebirds' weekly wage bill. Though the former Southampton and Spurs star is understood to be open to taking a significant pay cut, it'll take some negotiating to strike an agreement over the terms of a possible deal, which will be seen as a mammoth marketing opportunity for the Championship side.

How do you think Gareth Bale will be playing his football next season? Let us know in the comments section.

Despite speculation that Bale will target a short-term deal with his next club as he toys with the idea of retiring after the Qatar tournament, Cardiff are understood to harbour hopes of persuading him to play on should they strike a deal. The South Wales side are keen to offer Bale the opportunity to lead them back into the Premier League and the caveat is said to be a driving factor behind convincing him to sign a contract, which could even take him beyond the 2022-23 campaign.

Other possible destinations for Bale, who will use club football as a means of retaining fitness ahead of the World Cup, includes Tottenham, where he could embark on a third stint, or the United States, amid interest from Major League Soccer clubs. Wrexham co-owner and Hollywood star Rob McElhenney also teased that the National League outfit are keen on snapping up the Welsh skipper, too.

When asked by Sky Sports reporter Geraint Hughes if his retirement will be postponed following Sunday's success, Bale, who branded victory over Ukraine "the greatest result in Welsh football history", playfully replied: "For a little bit."

What channel is Arsenal vs Southampton on? TV, live stream, kick off time