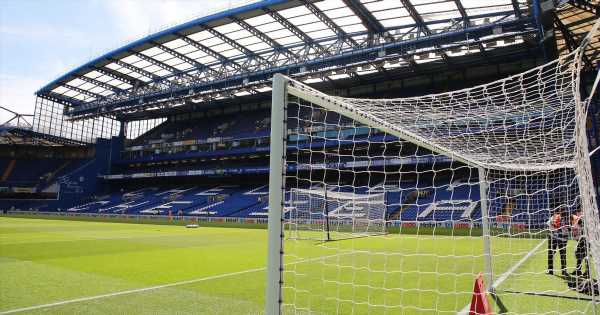 A Barcelona fan has posed outside of Stamford Bridge wearing a Jules Kounde shirt in a brutal dig at Chelsea.

The west London club had their second potential target of the summer transfer window hijacked by the Catalans last week when they were trumped to the signing of 23-year-old Kounde. Chelsea had prioritised buying the versatile defender since last summer, but Barcelona ultimately secured the Sevilla man for £42million.

It came just after they had lost out on highly-rated Leeds winger Raphinha to the La Liga club, sparking the rage of Blues supporters on social media. And one brave Barca fan has now upped the ante by taking to Chelsea’s stadium in a Kounde Barcelona shirt.

READ MORE: Cesc Fabregas 'would love' to become a Premier League manager as he 'targets' role

Fan account Barca Universal re-posted the photo uploaded onto Twitter by a user named Martin Minan. They revealed that the fan in the photo not only trolled Chelsea by wearing a Kounde shirt, but also wore the number 93 on his back in a sly dig.

It allegedly referred to Andres Iniesta’s famous 93rd minute goal to knock out Chelsea at Stamford Bridge on away goals in the 2008/09 Champions League semi-final. Barcelona went on to win the tournament while the Blues rued a series of highly controversial refereeing decisions.

It understandably left the Chelsea faithful feeling slightly rattled as they took offence to the shameless bit of goading.

One triggered Chelsea fan on Twitter wrote in reply: “That Iniesta goal means nothing to us now. Fernando Torres buried that ‘great’ Pep side and had Iniesta and Messi crying on the floor “

Do you think Barcelona would beat Chelsea if they meet this season? Let us know in the comments section below

Another Blues supporter commented: “Wear one for 2021 where you got knocked out in the group stage of the UCL.”

A third added: “Intrigued to see if he would do this with 40,000 Chelsea fans there, my guess is he wouldn’t.” 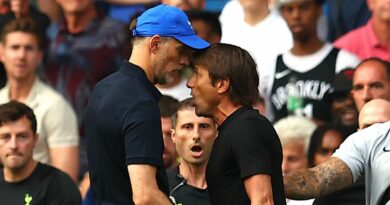