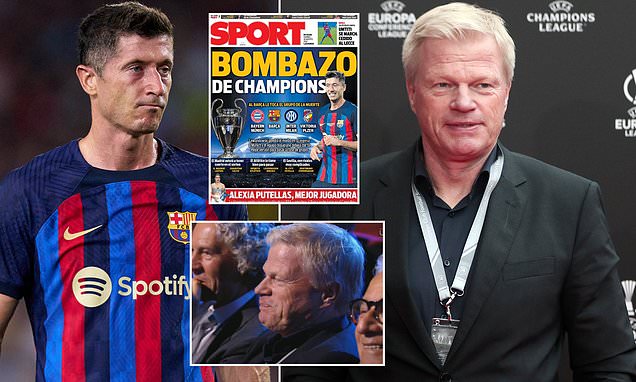 In what is being described as the ‘Group of Death’, Bayern Munich were grouped with Barcelona, Inter Milan and Viktoria Plzen in Thursday’s Champions League draw.

Yet Bayern chief Oliver Kahn could not hold back his emotions when the German side were drawn alongside Barcelona.  As Barca joined the Bavarians in Group C, the camera panned to the former goalkeeper Kahn – who was pictured grinning at the draw.

The images have sparked a furious reaction in Spain, with Catalonian newspaper Sport writing, ‘Kahn scoffs at Barça. It was an unusual reaction from a manager taking part in the draw where respect is actually the norm.’ 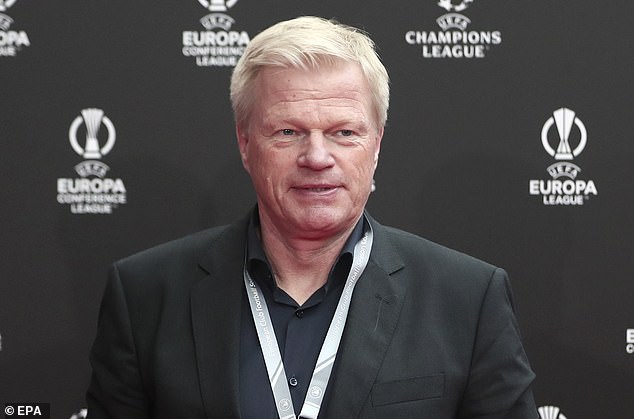 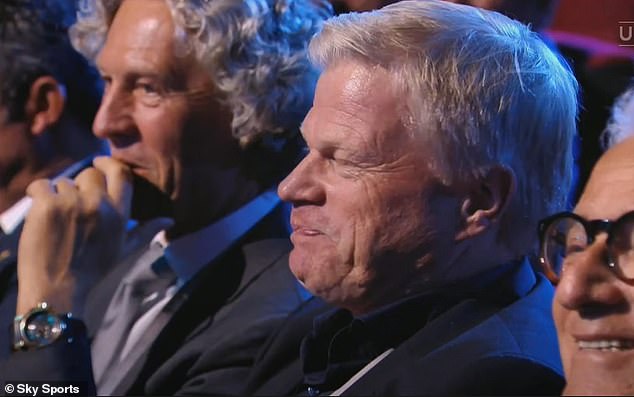 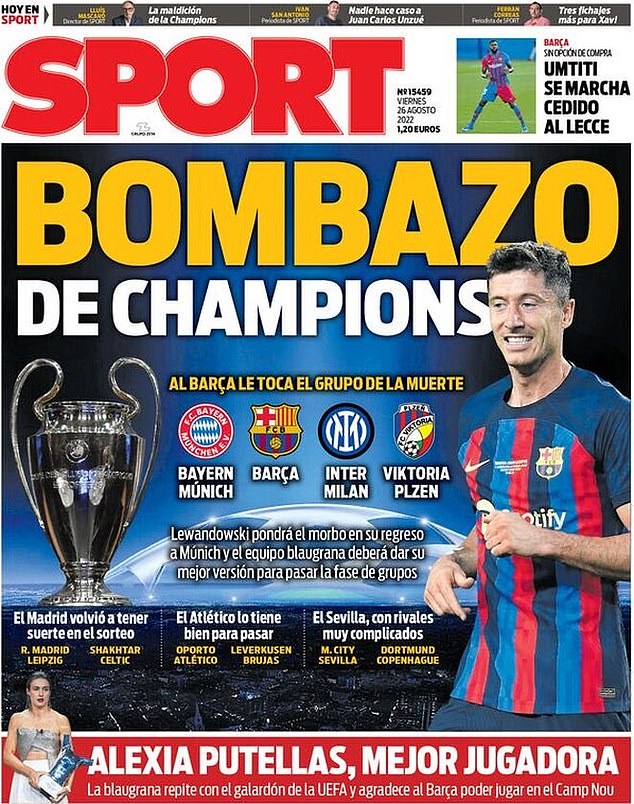 The result sets up an eye-catching reunion between Bayern and their ex-striker Robert Lewandowski. The 34-year-old joined Barca this summer after helping the German side win eight Bundesliga titles and the Champions League in eight seasons.

And Bayern forward Thomas Muller sent a message to his former team-mate ahead of the clash between the two sides. Taking to Instagram, Muller said: ‘Mr Lewangoalski, see you soon in Munich. I’m looking forward to it.’

The Poland international is yet to respond to the draw, but he previously revealed that he wishes against being drawn with Bayern in the group stages of the competition.

Speaking to SPORT BILD, Lewandowski said: ‘No, it doesn’t have to be in the preliminary round yet. Bayern should play against other teams first…’ 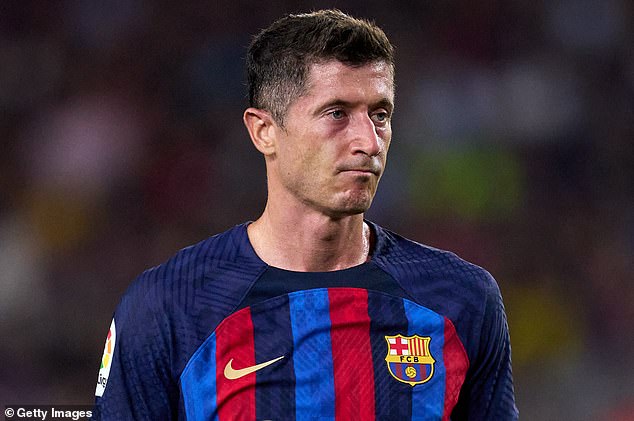 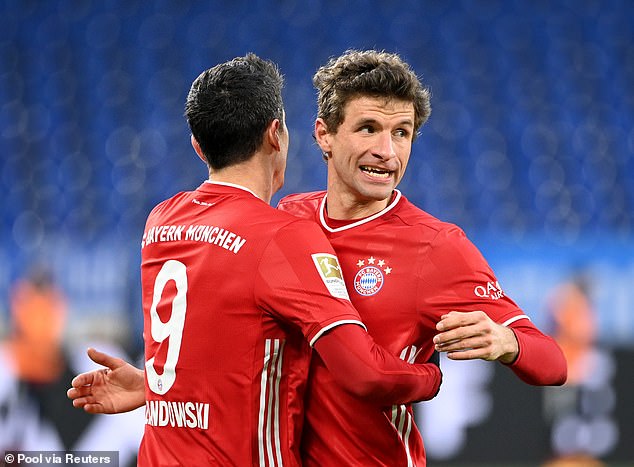 The two sides were also in the same Champions League group last season, with Bayern defeating their Spanish counterparts 3-0 in both meetings.

And Bayern sporting director Hasan Salihamidzic could not help but think that it was fate the two sides were drawn together once more.

Salihamidzic said: ‘Only football writes such stories. We’re looking forward to it. We had them last season too. Barcelona have strengthened well, they have a top team, of course also with Lewy. It will be two very exciting games.’

He added: ‘Of course we’re favourites, but it’s not easy. The group is tough, but we’re all looking forward to it. These are top stadiums and attractive opponents.’ 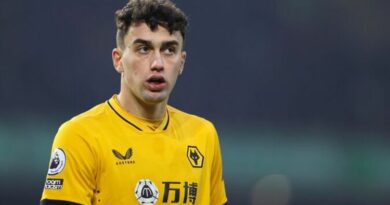 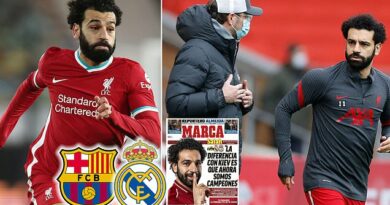