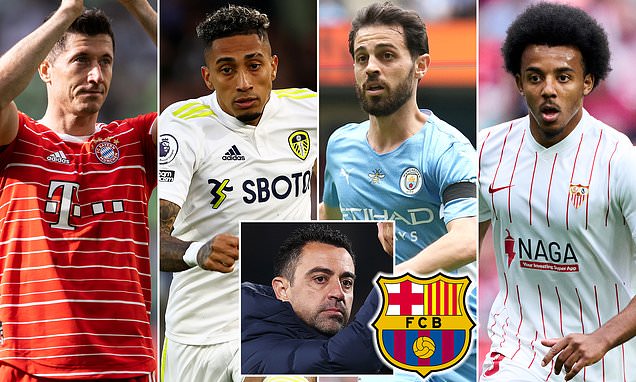 Barcelona form their summer transfer plan as they ‘look to spend £172million on Robert Lewandowski, Bernardo Silva, Raphinha and Jules Kounde’… and hope to raise the funds by ‘selling off another 15% of their TV rights’

Barcelona reportedly hope to allocate £172million to spend on four players during the summer transfer window.

Spanish publication Mundo Deportivo report that they look to make up the money by selling off another 15 per cent of their TV rights in a deal worth around £344million. 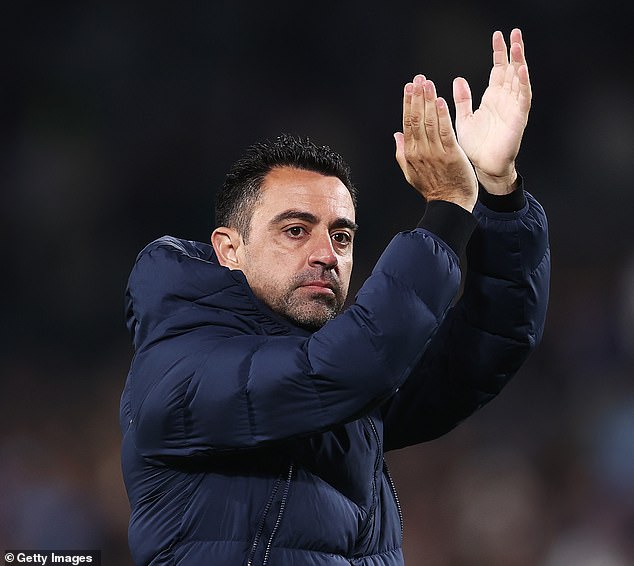 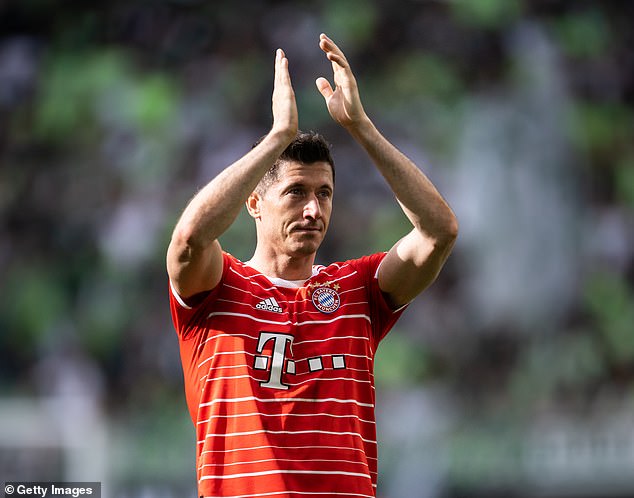 They have already announced the sale of 10 per cent of their TV rights over the next 25 years to American investment firm Sixth Street Partners – but they still need to sell off more if they are to move freely in the market.

The club hope to sell the second part of their TV rights by July 17 – the date which they begin their tour of the United States which includes four games, one of which being Real Madrid.

If the deal goes through and they are able to land the four players, they would still have room to make another two signings from Chelsea.

Xavi’s side are interested in experienced Spanish defenders Cesar Azpilicueta and Marcos Alonso.

Their first TV rights deal mean they can close the financial year without losses. 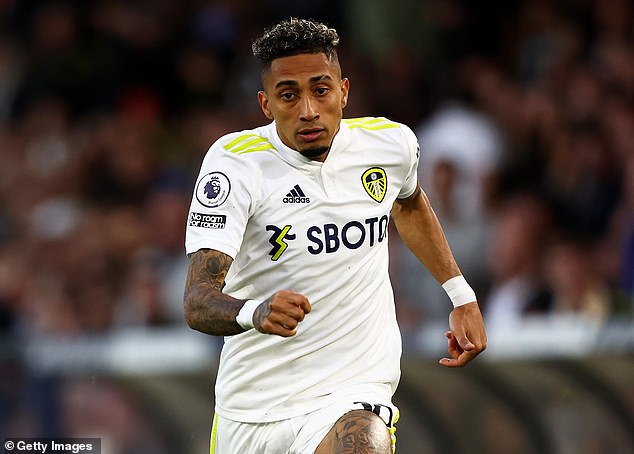 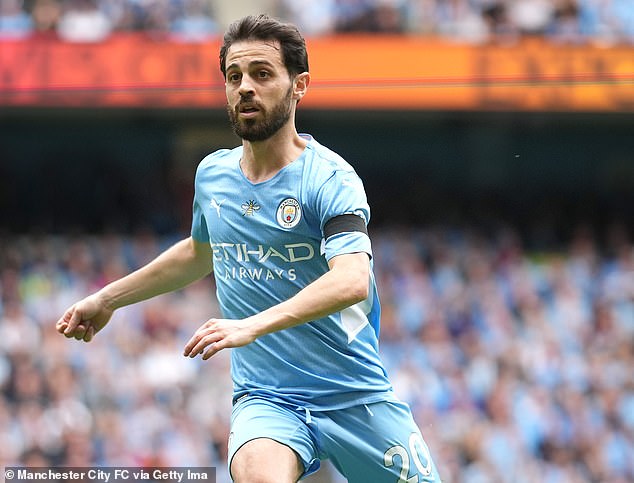 However, it doesn’t mean they can make new signings or register Andreas Christensen and Franck Kessie who have already signed with the club.

Barcelona members voted in favour of selling off part of its retail arm Barcelona Licensing and Merchandising (BLM), and part of its future TV rights revenue, last week.

At the time club president Joan Laporta said the deals could raise up to €700m (£600m).

Bayern Munich are not keen to let go of Lewandowski, but the Polish striker has made it clear that he wants out, seeing no future for himself at Bayern Munich. 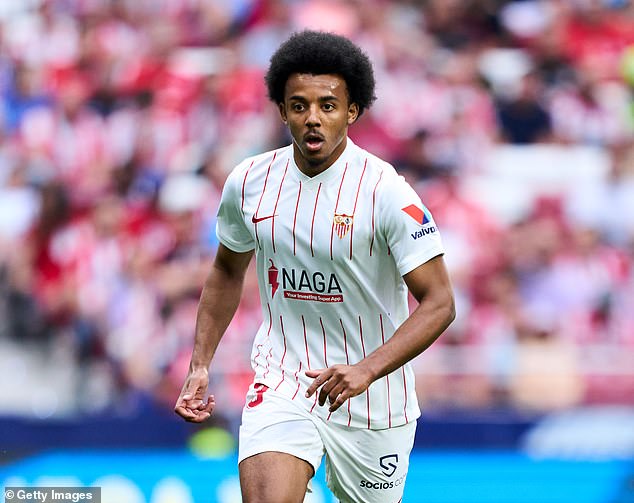 Lewandowski is also very interested in a move to Barcelona, with reports suggesting the Catalan club could make a £34.5million bid.

Man City star Bernardo Silva is also reportedly keen on a move, with Spanish press suggesting he sent a ‘come-and-get-me’ text to Barcelona officials in late 2021.

Barcelona meanwhile face a battle to sign Raphinha and Kounde, who are both the subject of interest from Chelsea.

Barcelona have made a late bid for Leeds United’s Raphinha but their proposal still falls short of Chelsea’s accepted £60m offer.

Raphinha’s agent Deco is holding out to see if Barcelona can release more funds following the £229million injection from investment firm Sixth Street for 10 per cent of the club’s TV rights for the next 25 years.