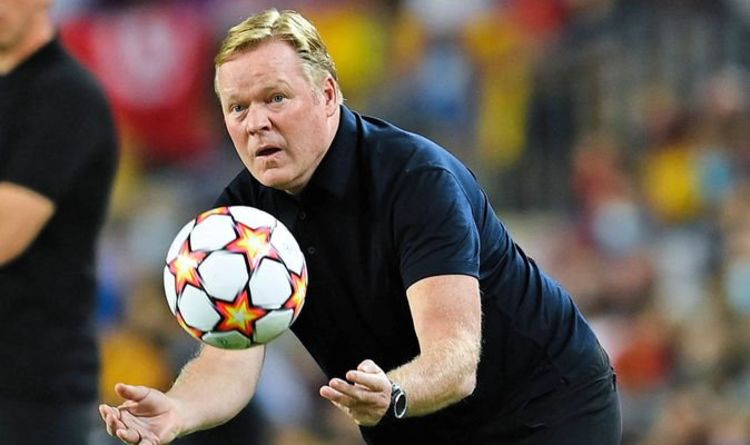 Barcelona boss Ronald Koeman has no plans to resign despite the chastening nature of their 3-0 Champions League defeat to Bayern Munich on Tuesday. The Catalan giants went into the game on a high after beating Getafe last time out. However, they were ruthlessly put to the sword by their European rivals.

It wasn’t quite the 8-2 defeat Barcelona experienced against the same opposition in 2020.

But it was still a humbling night regardless, with the La Liga titans exposed by Julian Nagelsmann’s team.

Thomas Muller put Bayern ahead in the first half, with Robert Lewandowski then netting a sublime brace to give them all three points.

In the aftermath of the result, some fans have called on Koeman to resign with Barcelona looking a far shadow of the team they used to be.

But Sport say that won’t be happening, with the Dutchman committed and determined ‘not to throw in the towel’ despite his side’s patchy form.

Koeman is relaxed about the situation at Barcelona, knowing they experienced difficulties last season as well.

And though they’ve lost Lionel Messi and Antoine Griezmann, who made up 48 per cent of their total goals last term, the former Everton boss is convinced he can turn things around.

Koeman wants to give more to Barcelona, and wants the players to return the favour.

And, amid claims he’s been given three matches to save his job, whether Barcelona are able to improve remains to be seen.

Barcelona president Joan Laporta has addressed the defeat to Bayern, calling on fans to get behind the players.

“Hello, Cules, I am as outraged and hurt as you are,” said Laporta.

“What is happening is one of the scenarios that we contemplated, and I ask you be patient and continue to support the team.

“And I also ask you to be confident in those of us who are leading the club. We need your trust and time, and have no doubt that we will solve this situation.”

Speaking after the defeat, Koeman admitted that Bayern had a better squad than his own in comments that don’t bode well for the future.

“There were only three strikers available,” said Koeman after the defeat.

“Tactically there were moments in which we were in control. Bayern’s game is in the middle third and you have to fill [the gaps] there.

“It is what it is for the time being. I cannot complain about the attitude, but there is a difference in quality.

“[Bayern are] a team that as a group have been together for a long time and also have a bench that has improved.

“We have many young players who in two or three years will be better. It is very difficult to accept it, but we have to wait for things to improve and players to recover from their injuries.

“It is what it is, we have to spend a few weeks like this because later we are going to get players like [Sergio] Aguero, [Ousmane] Dembele and Ansu Fati back.”

“If you compare them with the players [Bayern Munich] have, there is a difference. In a while, the difference will be smaller.

“We know that Sergi Roberto is not a winger, and playing one-on-one against [Alphonso] Davies is impossible. The fans have been phenomenal because I think they have shown that they understand what was out there today.” 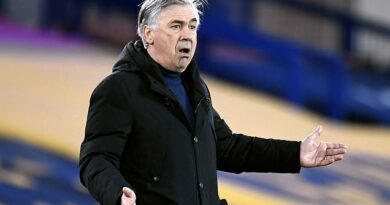