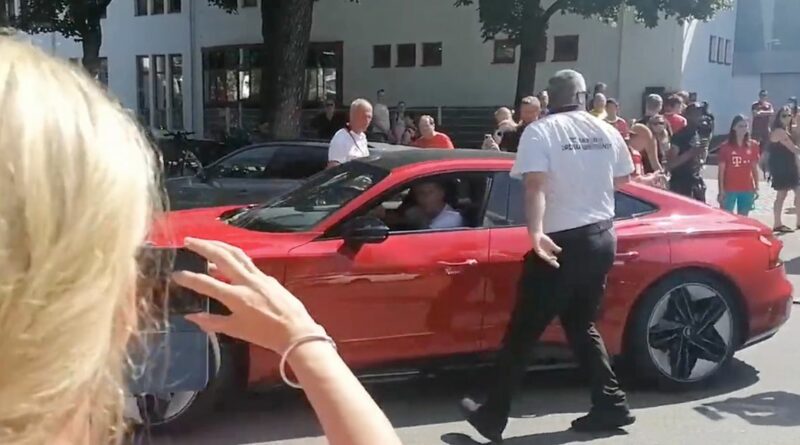 The Polish striker completed a £40.5million move to the Spanish giants earlier this summer after forcing an exit from Bayern, ending his eight-year spell with the club. Following his departure from the Bundesliga champions, Lewandowski returned to Bayern's training ground this week to collect the last of his belongings and say his final goodbyes to his team-mates and staff.

As he drove out of the training complex, Lewandowski was met by a crowd of Bayern fans, with some taking the opportunity to taunt him by shouting their support for Real Madrid.

Chants of "Hala Madrid!" could be heard as the 33-year-old drove off, in reference to his new club's fiercest rivals. Despite the heckles, Lewandowski waved and put his thumbs up to the Bayern fans as he said goodbye for the last time.

The manner of Lewandowski's exit from Bayern has left a bitter taste in the mouth for the club's fans after he publicly made his intention to leave clear.

Model and TV presenter Vanessa Huppenkothen was particularly aggrieved by his antics and took to social media last month to make her feelings known.

How many goals will Robert Lewandowski score for Barcelona this season? Let us know your thoughts in the comments section below

The daughter of former German footballer Didier Huppenkothen tweeted: "Bayern gave everything for him… sometimes we are very ungrateful. Nobody is essential! NOBODY, if you want to go, go!"

Having joined Bayern from Borussia Dortmund in 2014, Lewandowski went on to score a staggering 344 goals in 375 appearances for the club across his eight years in Munich. During that time, he won the Bundesliga golden boot six times and was named The Best FIFA men's player twice. He was also part of a side which won eight league titles, one Champions League, three German Cups and the Club World Cup.

Following his move to Spain, Lewandowski is expected to be given the number nine shirt at Barcelona, previously worn by Memphis Depay last season. 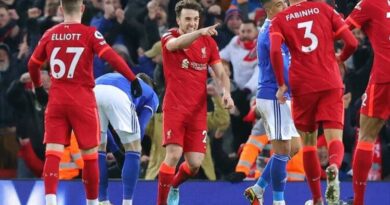 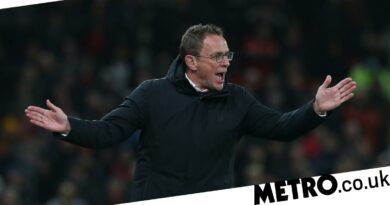