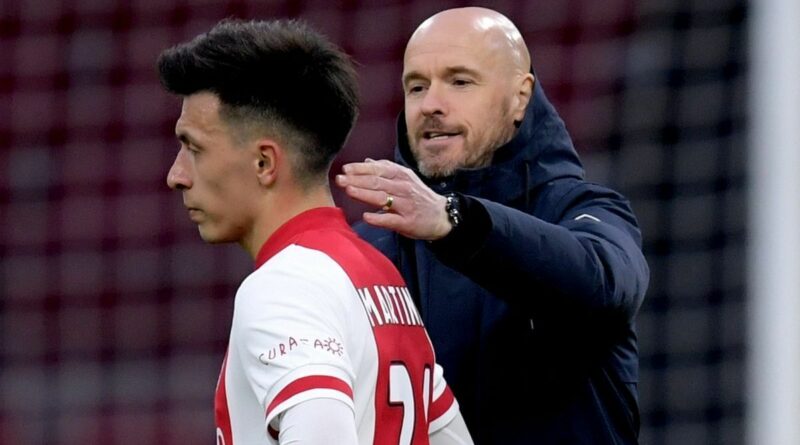 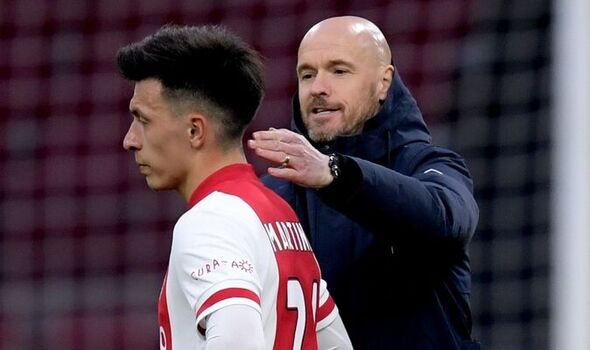 Barcelona director Mateu Alemany is set to fly out to Amsterdam to meet with Ajax over the signing of defender Lisandro Martinez, according to reports in Catalonia. The Argentine centre-back is now the club’s next point of priority after tying Ronald Araujo down to a new lucrative, long-term contract at Camp Nou.

Barcelona already have two signings in the bag ahead of the summer window with Andreas Christensen and Franck Kessie set to arrive on free transfers from Chelsea and AC Milan, respectively.

Now SPORT in Spain say Martinez is Barcelona’s next point of call, as they begin work on a deal for the 24-year-old.

Ajax’s current Eredivisie title-chasing side look set to be pulled apart by the vultures at the end of the campaign.

Manager Erik ten Hag is set to depart for Manchester United and wholesale changes are anticipated in Amsterdam.

Ryan Gravenberch and Noussair Mazraoui are both close to joining Bayern Munich as their reps continue to negotiate with the Bundesliga champions.

There has also been talk that Sebastien Haller could be off with United and Bayern Munich among those linked.

Defender Jurrien Timber has also been tipped to follow Ten Hag to Old Trafford, although there is nothing concrete in place as of yet.

Furthermore, Antony has been linked with a switch to the Premier League following his fine form in this season’s Champions League.

With Gerard Pique now beginning to age, Barcelona feel they need some fresh blood at centre-back.

Samuel Umtiti and Clement Lenglet will now be pushed towards the exit door as the club seeks to find potential buyers.

Former Manchester City man Eric Garcia is yet to step up to the plate since he arrived at the club last summer and Xavi thinks new additions are necessary if Barca are to dethrone Real Madrid.

Ajax have a strong negotiating position on Martinez though, who is contracted at the club until the summer of 2025.

Martinez can also play at left-back, something that is of huge interest to Barcelona.

With Xavi also allegedly looking for additional cover for Jordi Alba at left-back, it’s a move that makes perfect sense for Barcelona.

Jules Kounde is another player also believed to be under consideration.