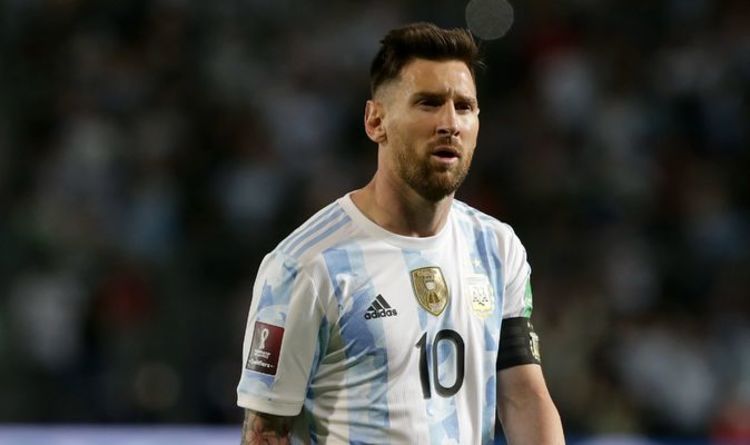 Barcelona president Joan Laporta has suggested Lionel Messi could follow in Dani Alves’ footsteps and return to the club one day. It’s been a month of returns at Camp Nou, with Barca legend Xavi replacing Ronald Koeman as manager and making Alves his first signing.

Alves signed a short-term contract at Barcelona, which expires at the end of the season, before being presented to over 10,000 fans on Wednesday.

The 38-year-old can’t be registered until January but has already started training with Xavi’s squad.

After leaving Barcelona in 2016, Alves’ return will provide supporters with the hope that Messi could make the same decision one day.

And Laporta hasn’t closed the door on that opportunity, despite the Argentina international leaving the club for Paris Saint-Germain earlier this year.

JUST IN: Barcelona ‘close’ to sealing Karim Adeyemi transfer ahead of Liverpool

During Alves’ presentation, Laporta refuses to rule out the prospect of Messi joining Barcelona’s new number eight in returning to the club.

He said: “I can’t rule it out. It’s happened with Dani Alves, who has seen the situation and wanted to help.

“We’re grateful for the financial sacrifice he’s made. He wants to help us turn things around. Leo and Andres are two spectacular players. I can’t predict the future.

“They are Barca greats and who made this club what it is and they will always be present, but they’re players with contracts with other clubs. That must be respected, but in life you never know.”

Alves and Messi shared a tight bond during their time together at Barcelona, and the former quipped that he would lure him back to Camp Nou.

“If you give me a couple of hours, I will go and look for him,” Alves jokingly told those present.

“Leo is the greatest I have ever seen in the game, and you always miss the greats, especially when you have a good relationship with them.

“I love him very much. We’re in a new process here, and I would encourage everyone to come back. I have been in a lot of places, but there’s no place like this.”

Messi has struggled in the early stages of his PSG career, failing to score in all five of his Ligue 1 appearances.

He has shown his quality in the Champions League, though, netting three goals in three games, including a stunner against Manchester City.

His Barcelona departure left a sour taste in the mouths of many, but he would be welcomed back with open arms down the line. 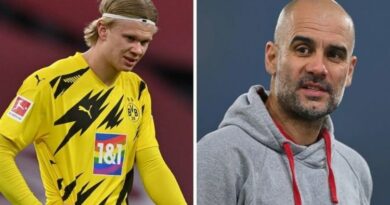 How surfer taught Liverpool stars to stay calm under pressure

Tottenham finishing above Arsenal should not be enough, says Jose Mourinho