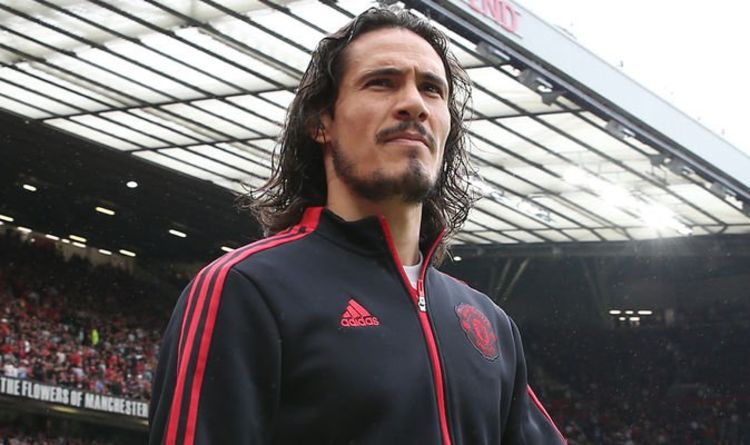 Barcelona reportedly want to sign Edinson Cavani from Manchester United in the January transfer window but will need a favour from the Red Devils’ hierarchy in order to sign the striker midway through the season.

The Catalan giants are a club in crisis at the moment and trail La Liga leaders and Clasico rivals Real Madrid by seven points, albeit having played one match less.

Manager Ronald Koeman is expected to be axed in the near future with Belgium boss Roberto Martinez and club legend Xavi Hernandez the two choice candidates to replace the Dutchman.

Yet despite the precarious nature of Koeman’s future, the Barca board are said to be putting plans in place for the winter window to try and improve the team’s fortunes.

And United’s Cavani is said to have emerged as a target given he has taken on a role of lesser importance at Old Trafford this term due to Cristiano Ronaldo’s return.

The Uruguayan scored 17 times in 39 matches in his debut campaign last term but has made just two appearances this term, both of which have come off the substitutes’ bench.

The latest came in Saturday’s defeat to Aston Villa when he came on with eight minutes to play as Ole Gunnar Solskjaer’s charges fell to a 1-0 defeat due to an 88th-minute Kortney Hause header.

The Daily Star say Barca have identified Cavani as an option to lead their line with the centre-forward said to be unsettled in Manchester with Ronaldo usurping him as the first-choice striker.

Cavani had only signed a one-year contract extension to stay another season at United because Solskjaer had made clear he would be an important member of the squad, months prior to Ronaldo’s comeback.

The Star say Barca will renew their pursuit of the South American having wanted him in the summer before he signed a new deal with the Red Devils.

The 26-time Spanish champions see Cavani as a solid short-term option as they seek to lift results amid a slide in standards at the Nou Camp.

But in order to sign the veteran attacker, Barca can only do a loan deal and they would also need United to agree to subsidise the player’s wages while he plays in Spain.

Barca would need United to front as much as half of Cavani’s £250,000-a-week wages which is unlikely to be something the Premier League heavyweights are keen on.

The Star note however that United’s own wage bill has soared with their summer signing with Ronaldo said to earn in the region of a league-high £500,000 a week since his return from Juventus.

The possibility of a deal is set to depend on how much Cavani features for United between now and January with Solskjaer having declared in recent days that he could play him alongside Ronaldo.

“It’s exciting to see them two together,” Solskjaer declared. “I’m sure that’ll be a good partnership as well, [two players] wanting to be on the end of things.

“We’ve seen some teams dropping deeper against us, not giving us as much space in behind and that’s definitely two boys you’d like to have around the goal when that’s the scenario. I can see them two working well together.”

After losing to Villa, United have now suffered defeat in three of their last four games and will hope to get back to winning ways against Villarreal in the second game of their Champions League group stage campaign on Wednesday night.