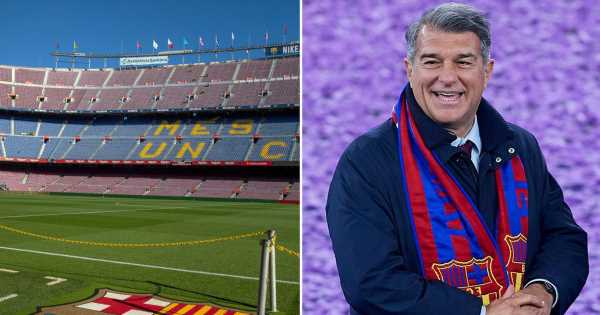 Barcelona are renting out their famous Camp Nou pitch for a very reasonable fee in a bid to raise funds, following reports that they still have £1billion of debt despite being linked with a summer move for Robert Lewandowski.

The Catalan giants have been short of cash in previous seasons and couldn't afford to keep Lionel Messi at the club – but have since handed out big wages to Ferran Torres and Pierre-Emerick Aubameyang.

Despite seeing improvements under Xavi they couldn't beat rivals Real Madrid to La Liga glory, and have taken drastic measures to raise funds for a development of their famous stadium.

El Chiringuito reports that fans can hire out the Barcelona pitch between June 6 to 11 for a fee of €300 (£255) per player for 60-minute matches.

Back in May, Forbes reported that Barca remained $1.5billion (£1.19b) in debt, despite president Joan Laporta saying that they were "back" amid reported interest in Erling Haaland.

That report added that the financial situation of Barcelona had improved since the departure of Messi, with aspirations of more major silverware going forward.

Which famous stadium would you like to play at? Tell us in the comments section.

That change has also seen plans over a huge stadium revamp that will see them play at the city's Olympic Stadium instead during the 2023/24 campaign.

The redevelopment will include the addition of a retractable roof as well as a new 360-degree screen that covers the entire interior.

Work is due to start in June, with the stadium also set to be known as the Spotify Camp Nou from next season following a £250million sponsorship agreement.

In addition, their new kit was released this week with the audio streaming sponsor, to mixed reaction from supporters.

The club said in their announcement: "One of the most striking new features of the 2022/23 kit is the presence of the new main partner.

"For the first time, the men’s and women’s shirts will have the Spotify name on the front, together with the Nike swoosh, both in a sesame tone." 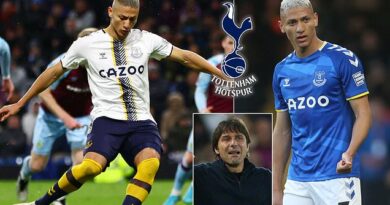 Tottenham 'are in advanced negotiations to land Richarlison for £51m'