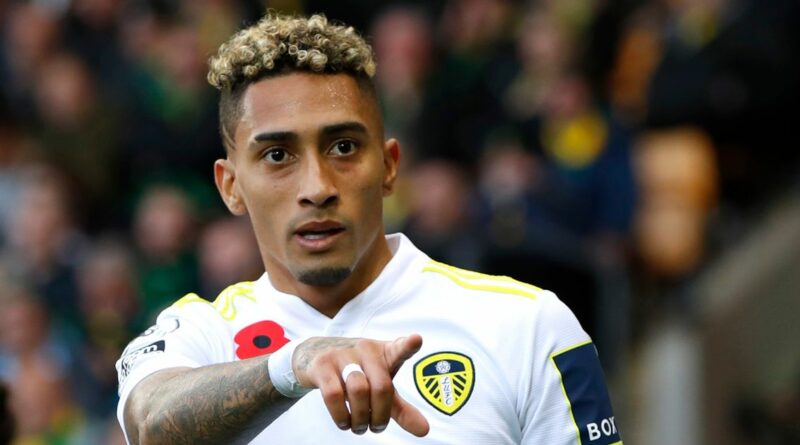 Barcelona have reportedly won the race to sign Leeds United winger Raphinha ahead of Chelsea.

The Blues at one point looked to have secured the Brazilian by pipping rivals Arsenal to his signature, but it is the La Liga club that have now come out on top. Barcelona were always Raphinha’s favoured destination due to his desire to follow in his idol Ronaldinho’s footsteps.

For several weeks it looked as if the Blaugrana’s financial turmoil meant Chelsea were the only side to meet Leeds’ £55million plus £8m add-ons valuation. But a late bid by the Camp Nou club means he is now set for a move to Spain.

Raphinha looked set to become Chelsea’s first major signing of the Todd Boehly era following his takeover in May. The 25-year-old even turned down approaches from Arsenal and Tottenham as he sought a transfer away from Elland Road

But he is now expected to follow Franck Kessie and Andreas Christensen to become Barcelona’s third signing of the summer transfer window. That is despite reports suggesting winger Ousmane Dembele will also sign a new contract with the La Liga giants.

Do you think Raphinha has made the right decision in joining Barcelona? Let us know in the comments section.

Raphinha is coming off the back of an impressive season in his second campaign with Leeds. He scored 11 goals and provided three assists in 36 appearances to take his overall tally for the club to 29 goal involvements since signing from Rennes in 2020.

Meanwhile, Chelsea will have to deal with the blow of missing out on one of their primary forward targets. The Blues have wrapped up the signing of Man City pair Raheem Sterling and Nathan Ake thus far in the transfer window, but are keen to add more quality in their pursuit of a Premier League title.

Lautaro Martinez 'to spark a war' between Barcelona and Real Madrid