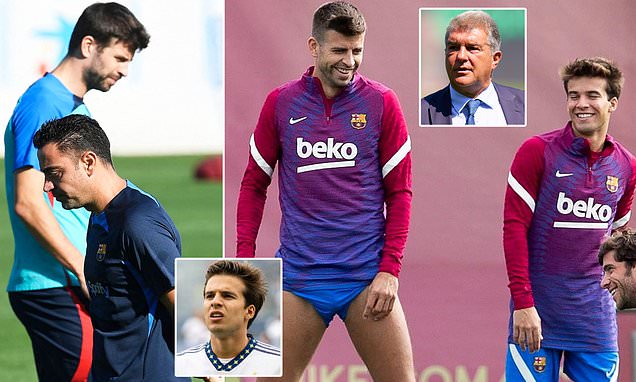 Barcelona have been slammed for their treatment of Gerard Pique after the defender’s shock retirement from football.

The 35-year-old announced that he will play the final game of his glittering career against Almeria at the Nou Camp on Saturday.

However, his relationship with his boyhood side and manager Xavi has been strained by the club’s desire to usher him out the door in the hope of avoiding the need to pay off his contract. 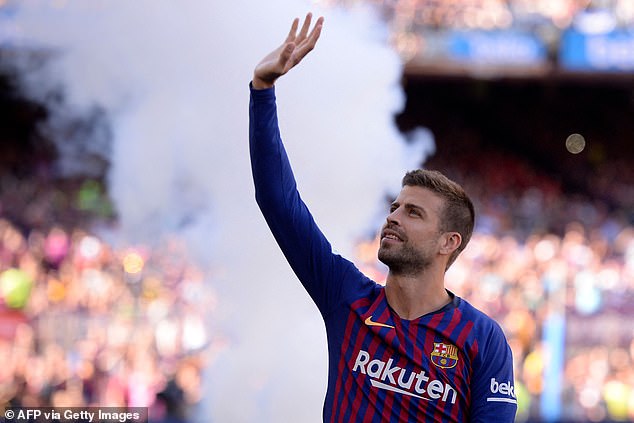 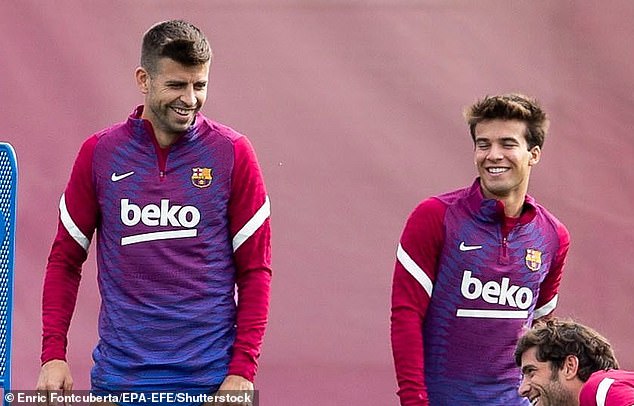 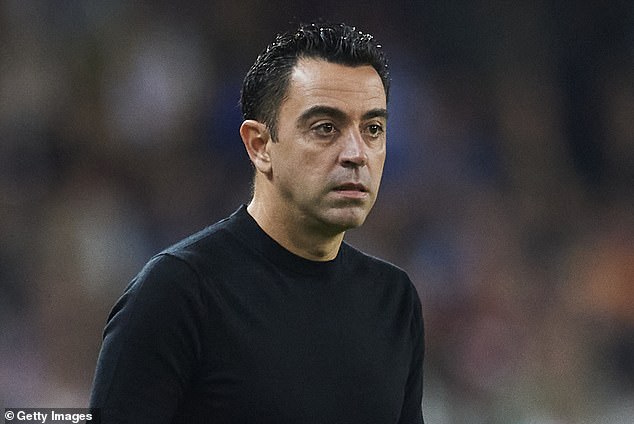 After the news of Pique’s early retirement from the game, former team-mate Riqui Puig hit out at Barcelona and said that he was ‘sad’ for the legendary defender.

Alongside an old photo of himself in Barcelona training alongside Pique, he wrote: ‘Thank you very much for these years. You are an example for all the Catalans who have enjoyed all the titles you have won since childhood. How you have made us enjoy these years!

‘Those of us who love and admire you are sad, not only because you are leaving the first team… but also because of the treatment you have received lately. Good luck and see you soon.’

Pique has made 615 appearances for Barcelona, but only started five games this season – in part due to the additions of Jules Kounde and Andreas Christensen.

The debt-ridden club are desperate to get rid of aging stars on bloated wage packets, with club vice president Eduard Romeu admitting recently that they are being crippled by those contracts. Romeu said Barcelona had a net debt of €608 million (£534m) as of June.

In January he furiously shared an image of a payslip after a television pundit had said he was the highest paid player at Barcelona. At the time he tweeted: ‘People like this are paid by public television to defend their friends. Here is 50% of my salary as of 30 December. Have a bit of respect for yourself.’

Pique’s personal life has also been in the news with his break-up with Shakira. 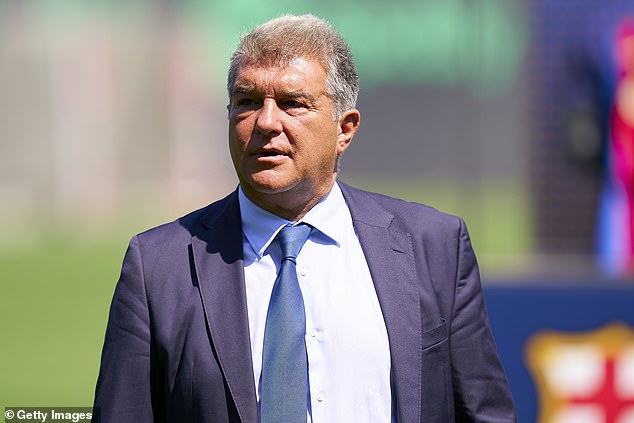 His form meanwhile has seen a downturn, with a mistake against Inter Milan in the Champions League credited as one of the key reasons they were knocked out of the competition and sent down to the Europa League.

According to Marca, Pique personally informed Laporta last week of his decision to retire, claiming it was in the best interests of himself and the club.

Pique has been under pressure to leave as the cash-strapped club aimed to get rid of his high wages, while he has played just nine times in all competition’s this season, slipping down Xavi’s pecking order at centre-back – and even behind left-back Marcos Alonso who has been preferred at times.

Puiq and Pique were team-mates up until August, when the former left Barcelona to join MLS side LA Galaxy. 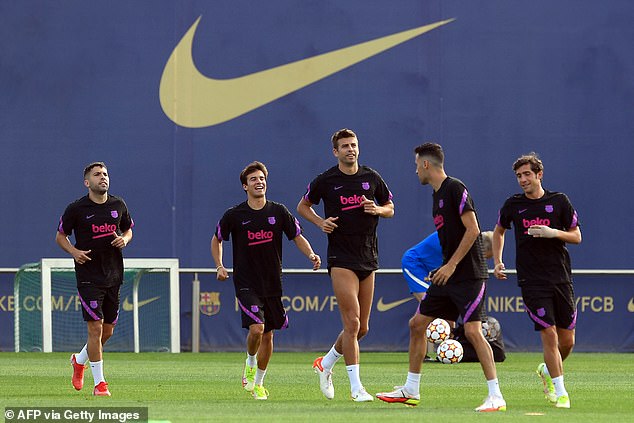 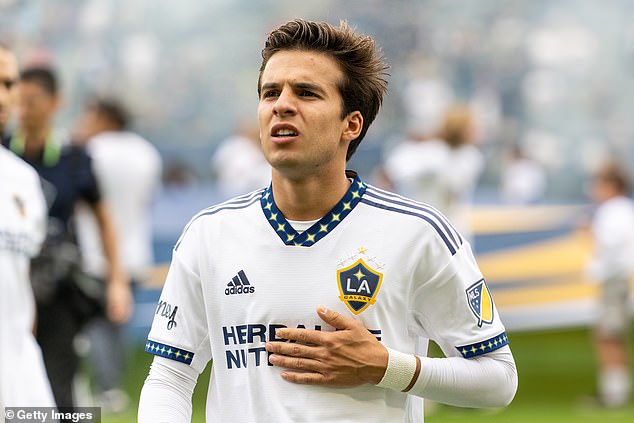 It’s not the first time that Puiq has criticised Barcelona, as he hit out at the club’s treatment of players who were not in first-team contention after leaving for the United States,

As reported by the Mirror he said: ‘The truth is that it has been a pretty hard (last) few months because I had never seen the club leave players in Barcelona and not let them go on tour with them.

‘Maybe I am misunderstanding the situation of the club and that they are wanting to pressure the players to leave, but it should have been done in another way. The truth is that it was painful to be in Barcelona training alone with four teammates who were also with me.’

Five Barcelona players were excluded from the club’s pre-season tour of the United States as they aimed to clear out fringe players within the squad.

Goalkeeper Neto, defenders Oscar Mingueza and Samuel Umtiti, midfielder Puig and striker Martin Braithwaite were all omitted from the squad and later had moves away sanctioned. 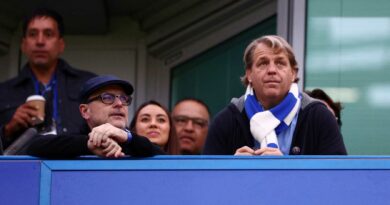 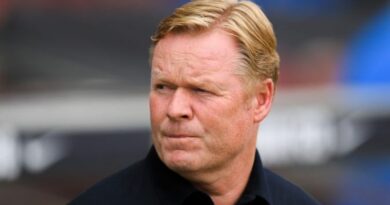 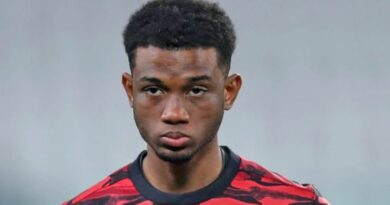