‘I am sure that I will be in Barcelona longer’: Ivan Rakitic rules out Premier League switch amid interest from Manchester United and Spurs and insists he wants to see out the final year of his contract at the Nou Camp

Ivan Rakitic has revealed that he will stay at Barcelona this summer despite interest from the Premier League and around Europe.

Manchester United, Tottenham, Juventus, Sevilla and Atletico Madrid are among the clubs to have been linked with a move for the Croatia star.

But despite falling down the pecking order at the Nou Camp and hinting at a move away, Rakitic insists he has no intention of leaving Barca when the transfer window reopens. 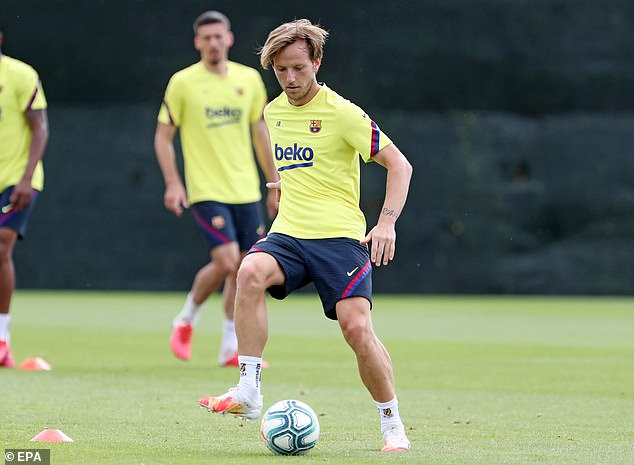 The midfielder has just over a year left on his current contract and now looks set to depart on a free transfer at the end of next season.

‘I spoke to the club 10 or 15 days ago and the conclusion is that I have nothing to talk about because I have a contract until the summer of 2021 with Barcelona and it is the entity I want to be in and play with, he told Croatian publication Tportal.

‘Furthermore, my wife and my daughters are good in the city. There is no reason to think about other things. I am training well and I am sure that Rakitic will be in Barcelona longer.’ 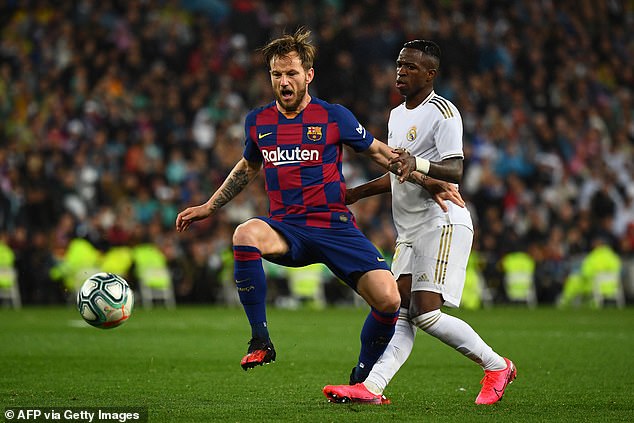 The midfielder says he will see out the rest of his contract, which expires next summer

Despite making 31 appearances in all competitions this season, Rakitic has been on the fringes of the first team for the last year.

He admits that his lack of minutes been frustrating, but insists that he has no issues with manager Quique Setien.

‘But I respect the coach’s decisions. I am in a team sport, not individual.’

Steve Bruce targets a win to ease the pressure at Newcastle