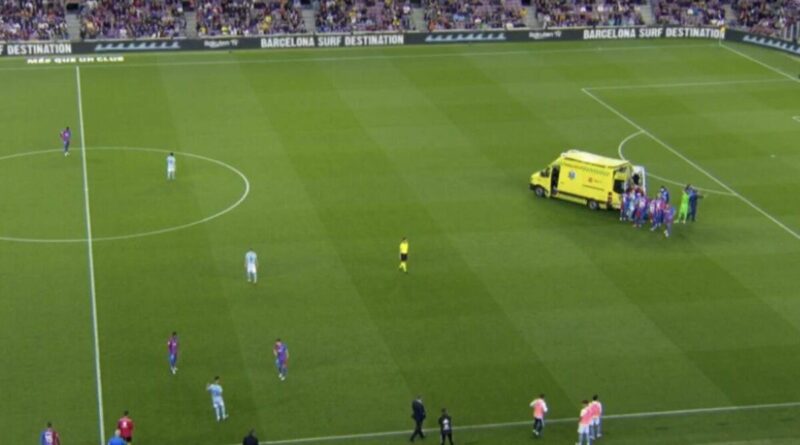 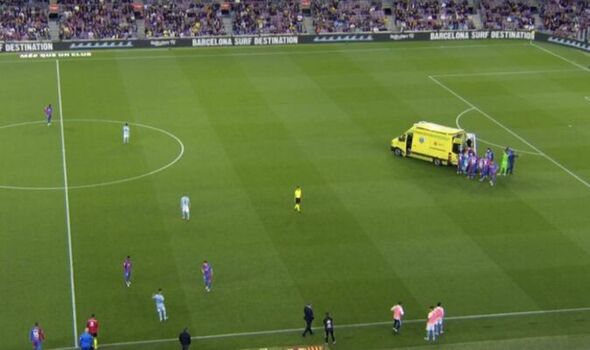 Barcelona star Ronald Araujo had to be taken off the Nou Camp pitch in an ambulance after a horrifying clash with team-mate Gavi. Barcelona were 3-1 up against Celta Vigo when Araujo and Gavi clashed heads after going up for the same ball.

Gavi appeared to come off worse initially as the midfielder fell to the ground clutching his head. Araujo ran off after the incident, but then collapsed to the turf with medics rushing to his aid.

An ambulance was soon on the pitch as the paramedics took care in handling Araujo. The defender was eventually put in a stretcher with fans inside the Nou Camp giving a sympathetic round of applause as he was wheeled into the ambulance.

Despite appearing to come off worse initially, Gavi was given the all-clear to continue playing. Barcelona later confirmed that Araujo had suffered a concussion from his collision with Gavi.

They tweeted: “Ronal Araujo has suffered a concussion and has been taken to the hospital to undergo further testing.”

For the latest news and breaking news visit /sport 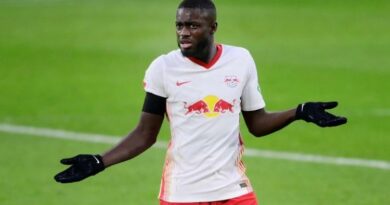 Man United 'will return to sign Dembele from Barcelona in January'