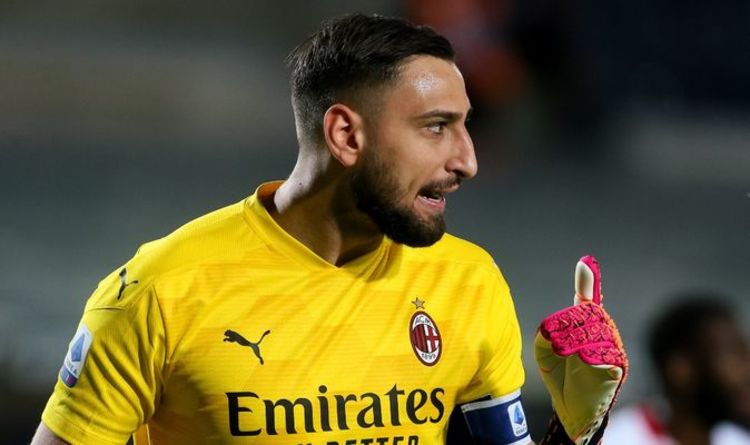 Man United: Donnarumma could be at club for decade says pundit

Italian superstar Gianluigi Donnarumma looks set to cause a transfer scramble across Europe this summer. The 22-year-old goalkeeper is a free agent after failing to agree a contract extension with AC Milan.

His high-profile exit from the San Siro means clubs in the Premier League, Bundesliga and La Liga are now free to sign him on a free transfer.

Despite links to Manchester United, amid growing doubts over the future of David de Gea, he looks to have set his heart on a move to Barcelona.

Ronald Koeman is in the market for a new keeper this summer with Marc-Andre Ter Stegen undergoing surgery on a persistent knee injury.

The procedure means La Blaugrana’s No 1 will miss out on Germany duty at Euro 2020 and he could also miss the start of the 2021/22 La Liga season.

As per reports from Catalan outlet Diario Sport, Donnarumma has sparked increasing rumours of a move to the Nou Camp, after liking an Instagram post linking him with a transfer. 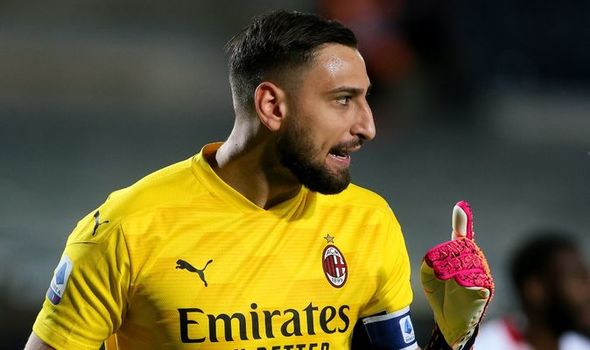 However, despite optimism over a deal, there are still a few remaining stumbling blocks between Donnarumma and Barcelona.

His representative, Mino Raiola, has a famously fractured relationship with the La Liga giants based on previous deals brokered by the super-agent.

Additionally, there are the potential salary demands of Donnarumma for any potential suitor in the coming weeks.

He is rumoured to be requesting an (€10m) salary as a base for any negotiations alongside a five-year contract.

DON’T MISS:
Tuchel told one transfer would turn Chelsea into Premier League champs
Everton have seven-man next manager shortlist including David Moyes
Everton can appoint boss with ‘point to prove’ after Ancelotti exit 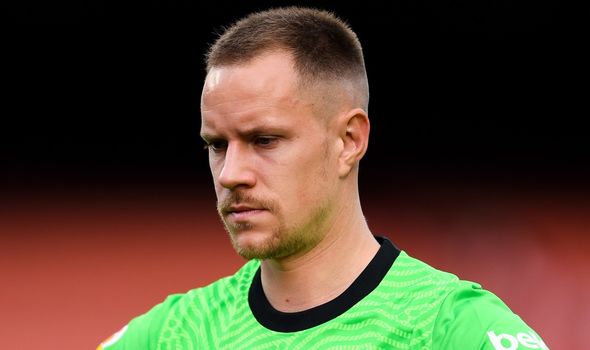 Barcelona are willing to pay that, however, the return of Ter Stegen would place the two keepers in direct competition as Koeman’s No 1.

Ter Stegen has been  for Barcelona, when fit, with just 15 league games missed in the last five seasons.

However, the arrival of Donnarumma could increase speculation over his possible successorship of Manuel Neuer at Bayern Munich.

Koeman appears to be in the driving seat to secure a move for Donnarumma as part of a strategy to hoover up free transfers this summer.

Manchester City pair Sergio Aguero and Eric Garcia have already joined the club following their release from the Etihad Stadium.

Gini Wijnaldum is rumoured to be on the brink of agreeing a deal, after his own exit from Liverpool, with Memphis Depay in talks after declining a contract extension with Lyon.

But despite the positivity of new arrivals in Catalonia, Koeman’s main task this summer is to secure Lionel Messi’s contract extension.

Messi is set to make a decision on his contract situation when he returns from international duty with Argentina next month.

Louie Barry could be Aston Villa's secret weapon against Liverpool