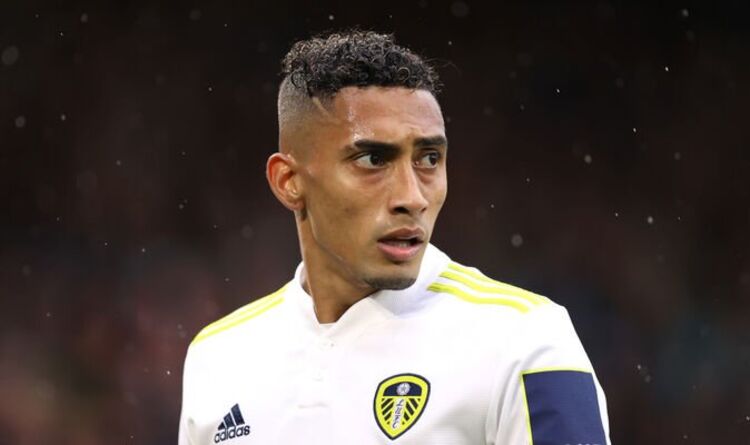 Arsenal hero Paul Merson believes that Raphinha will leave Leeds United this summer, regardless of whether their bid to avoid Premier League relegation succeeds or fails. The tricky Brazilian has reportedly perked Barcelona’s interest as the Whites brace themselves for a transfer approach that may be hard for the player to turn down.

It has been another productive season for Raphinha despite Leeds’ struggles, having notched 12 goal involvements in 27 league games. While his output has helped to propel Jesse Marsch’s side clear of the relegation zone, reports indicate that it has also alerted Barca boss Xavi.

His contract is believed to contain a £21million release clause if Leeds go down this campaign, while there is no such option if they stay up. If La Blaugrana approach the player’s camp with a tempting contract offer, however, Leeds may be powerless to stop him leaving anyway.

“Raphinha is a player who has generated a lot of transfer talk in recent weeks, with Barcelona reportedly interested in snapping him up this summer,” Merson told Sportskeeda, “I think he’ll leave Leeds regardless of what happens – he’s capable of playing for any of the big boys in the Premier League.

“Real Madrid and Barcelona still have the charm when it comes to foreign players – when either of the two clubs come for a player, they inevitably end up getting them.”

Transfer insider Fabrizio Romano claims that Merson’s former club, Arsenal, have also ‘asked Leeds for information’ regarding Raphinha. The Gunners may find it hard to topple Barca in the transfer race, though, unless the Whites price the cash-strapped Catalans out of a move.

Kalvin Phillips’ resolve is also set to be tested this summer with talk of incoming approaches from Manchester United and Aston Villa. Having been appointed as Marcelo Bielsa’s replacement in February, Marsch is set to face a tough first summer at the helm keeping hold of the club’s top talent.

Even so, nailing down Leeds’ Premier League safety remains the priority and the club are in a much healthier position after consecutive victories over Norwich City and Wolves before the international break. The Whites host Southampton this Saturday, and Merson believes that they will get something from the game.

“This could be an exciting game with lots of goals, so I’m predicting a 2-2 draw,” he continued, “Leeds have had a couple of good results on the spin under Jesse Marsh and should comfortably avoid the drop if they carry on playing like this, but Southampton are a good team as well.

“They played really well against Manchester City in the FA Cup but ended up losing 4-1, which I felt was a bit harsh. A draw won’t be a bad result for either of these teams.”