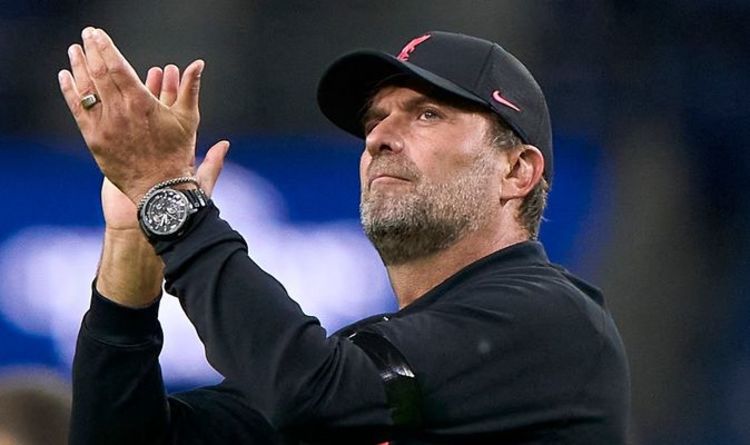 Barcelona president Joan Laporta will reportedly consider a shock attempt to lure Liverpool manager Jurgen Klopp to the Nou Camp in the near future. The Catalan giants look almost certain to sack their current boss Ronald Koeman within too long following their dismal start to the season.

And the Dutchman’s future may well have been sealed with Barca’s dreadful 3-0 loss to Benfica in the Champions League on Wednesday.

The likes of club hero Xavi and Belgium coach Roberto Martinez have been mentioned as early front-runners to replace Koeman.

But Barcelona-based outlet Diario Sport claim that Laporta is a huge admirer of two managers who currently work in England – Klopp and Chelsea’s Thomas Tuchel.

With Tuchel having only moved to the Blues earlier this year, the chances of him being tempted by the Barca job at this time are limited.

But there have been rumours of Klopp being ready to seek a new challenge for some time now, and with his contract with the Reds set to expire in 2024, Laporta may well make an ambitious attempt to hire him.

However, given the financial mess that Barca are in, it seems highly likely that Klopp will turn down their advances until they are in a healthier position.

Koeman was asked about his future ahead of his side’s game against Atletico Madrid this weekend, but refused to give much away.

“The club have said nothing to me,” he said. “I’ve learned that the president was [at the training ground] this morning, but I have not seen him.

“We’re preparing for Saturday’s game. I can’t say anything, but I have eyes and ears and I know a lot of things have been leaked, which I imagine are true – but no one has said anything to me.”

A visibly frustrated Koeman went on to add: “I’m tired of defending myself. It doesn’t make any sense. People who know can analyse it. We have assumed changes in the club.

“This is for you [the media]. There will be people who think it is disrespectful, but that is not for today. One day I would like to talk about everything I think. That is true.”

The Uruguayan said: “As a soccer fan and what he has done as a player, I don’t think that today, tomorrow or the day after is the time to coach the team.

“He is intelligent and knows the difficulty of the club. He must wait for the moment. He has colleagues inside with whom he will have to make decisions and it will be difficult.”

Barca are currently languishing down in sixth position in La Liga, and are already five points behind leaders Real Madrid.