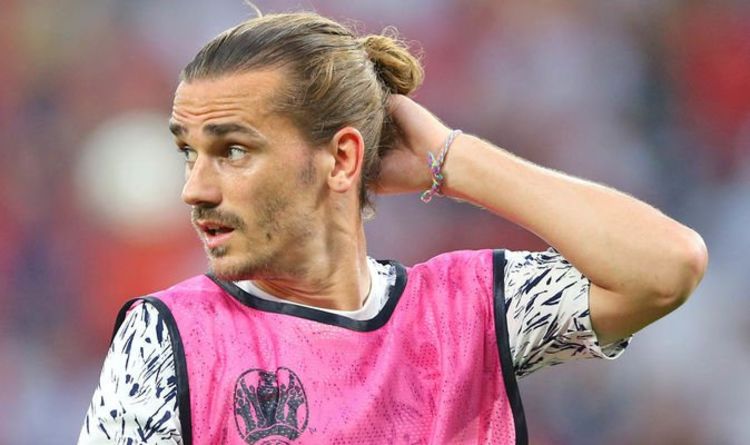 Barcelona will offer Antoine Griezmann to Chelsea this summer, according to reports. The Catalan giants are determined to get the France international off the wage bill this transfer window. And that’s because of their financial situation, with the club struggling to balance the books in the wake of the coronavirus crisis.

Barcelona thought they were onto a winner when they signed Griezmann two years ago.

However, Griezmann has failed to live up to expectations in Catalonia so far – scoring a modest, albeit unremarkable 35 goals from 99 appearances.

They’re also hoping to raise enough cash to afford a new contract for Lionel Messi, who is currently a free agent.

And the Daily Star say Barcelona will offer Chelsea the chance to sign Griezmann, with Thomas Tuchel currently on the lookout for a new striker.

The Blues won the Champions League last term, beating Manchester City in the final courtesy of a neat finish from Kai Havertz.

But Chelsea are still pressing ahead with plans to bolster their frontline, especially given the uncertainty surrounding Tammy Abraham and Olivier Giroud.

Erling Haaland and Romelu Lukaku are both the club’s preferred targets.

But Griezmann could be an interesting acquisition, especially given Barcelona’s determination to get the 30-year-old off the books.

It’s also said PSG have long admired the 2018 World Cup winner though, with Neymar and Kylian Mbappe already at the club, whether they decide to enter the race remains to be seen.

When Barcelona signed Griezmann two years ago, they inserted a buyout clause in his contract worth a staggering £683million.

Obviously, though, no club is going to pay that.

And representatives of Griezmann are set for a meeting with Chelsea chiefs in the coming days as they look to gauge interest from other Premier League clubs, too.

Manchester City will also be sounded out.

However, Harry Kane and Jack Grealish are Pep Guardiola’s two biggest priorities at the current moment in time.

And whether Chelsea decide to take advantage of Barcelona’s financial crisis remains to be seen, with several other exits also possible.

Ousmane Dembele has long been linked with Manchester United though, in the wake of the Red Devils’ deal for Jadon Sancho, may head elsewhere.

Barcelona would love to offload Philippe Coutinho, too, who has struggled for form ever since his move from Liverpool back in January 2018.

Speaking earlier in the season, France legend Bixente Lizarazu opened up on Griezmann.

And he expressed a belief the forward should leave the club, insisting he’s a ‘great’ player who deserves more.

“Griezmann is great. He’s a very, very good player and he’s fantastic for France. But he isn’t at all for Barcelona. This is a real problem,” Lizarazu said on Telefoot.

“He went to Barcelona with a dream of playing with Lionel Messi, but unfortunately there is no technical relationship between the two.

“He cannot find his position, he can no longer player football with Barca. It’s a crisis of confidence.

“At some point it is better to cut off your hand than your arm. Do not hesitate to leave when you cannot find your place.

“It’s been 18 months, not just two… the situation is really critical.”

Kurt Zouma has been crucial to Chelsea's recent defensive resurgence