Barcelona have not only entered the race with Liverpool and Manchester United to sign Kai Havertz but are already in talks with Bayer Leverkusen about striking a deal this summer. Havertz is having another impressive season for Leverkusen and so far this campaign he has scored 10 goals and provided eight assists in 34 appearances in all competitions.

Liverpool have been scouting Havertz for a long time and reportedly had an approach rejected by the German club last summer, while United are looking to add an attacking midfielder to Ole Gunnar Solskjaer’s squad this summer.

However, according to Spanish publication Sport, Barcelona are already working on a swap deal with Leverkusen for Havertz.

The report claims Leverkusen are considering three players being exchanged in a swap deal for Havertz, who they value at £72million (€80m).

They are looking at right-back Emerson as well as two Barca youth players, Carles Alena and Marc Cucurella. 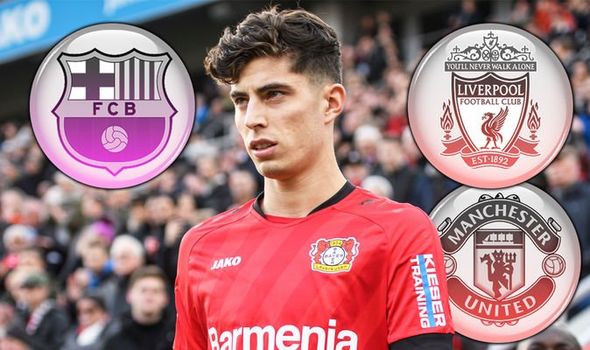 However, Barcelona face an issue with Emerson as they share ownership of the player with Real Betis.

His current contract stipulates that he must remain at Betis until June 2021 at which point Barcelona must pay £5m (€6m) to bring him to the Nou Camp.

However, the report claims Barca are confident they can reach an agreement with Betis if a deal with Leverkusen takes shape.

The Catalan giants had also put Ivan Rakitic, Arturo Vidal, Philippe Coutinho and Ousmane Dembele on the table, but Leverkusen are unlikely to look at these as realistic options due to their high wage demands.

As for Havertz, he has also been vocal about his future and recently insisted he is “ready to take a big step” and hasn’t ruled out leaving Germany.

“I’m ready to take a big step, and I like challenges,” Havertz told German publication Bild.

“For me, this also includes abroad. 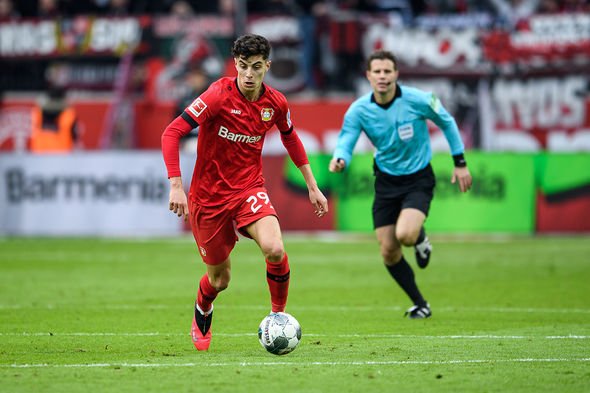 “Leverkusen are a great club, I feel good. I have always said that.

“But, of course, I want to take the next step in my career at some point. That’s my ambition.”

And while Havertz has revealed his long-term ambitions, the youngster could be back in action today when Leverkusen travel to the Weserstadion to take on Werder Bremen.

The Bundesliga resumed playing matches on Saturday and Leverkusen are currently fifth in the table and are only 11 points off league leaders Bayern Munich, with a game in hand.