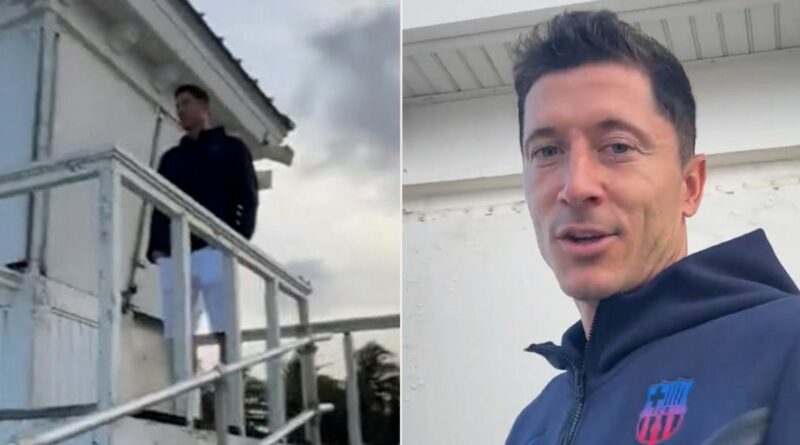 Robert Lewandowski might be a transfer coup for Barcelona, but his announcement video went down about as well as a fart in a lift.

Supporters across the world panned the 15-second video, which fell flatter than one of Alan Sugar's tweets. Barcelona confirmed the long-awaited arrival of the Bayern Munich forward on Sunday evening.

But unlike their super club contemporaries, Barcelona opted for a more low key announcement video. The Catalan giants teased that something was afoot with a video of a car driving down a motorway heading towards Star Island in Miami. A few hours later, Barca tweeted footage from one of the city's stunning beaches.

As the camera panned round it fell on Lewandowski standing next to a beach hut with his hands in his pockets. As it approached him, he turned around and said: "I am very happy to enjoy to Barcelona. Forza Barca."

Notwithstanding the fact that Lewandowski seemingly mucked up the only job he had in his own announcement video, supporters slammed the club for their lowkey announcement of such a star player.

"Lewandowski deserves this garbage announcement," moaned one. As another added: "If I was Lewandowski I wouldn’t even bother agreeing a contract after that shambles of an announcement."

Others joked that it must have been filmed on an iPhone, including one who said: "No way they used Lewandowski's iPhone to film his announcement Spotify club."

Do you think Lewandowski will be a success at Barcelona? Let us know your thoughts in the comments section below.

Lewandowski joins Barcelona for a fee of £42.5million after eight incredibly successful seasons with Bayern Munich. The Polish hitman scored 344 goals in 375 appearances for the German giants, helping them to win eight Bundesliga titles in a row and the 2020 edition of the Champions League.

Barca confirmed the move on a statement, which said: "FC Barcelona and Bayern Munich have reached an agreement in principle for the transfer of Robert Lewandowski, dependent on the player passing a medical and contracts being signed."

Bayern legend and CEO Oliver Kahn said: "We have agreed to release Robert Lewandowski. We have a verbal agreement with FC Barcelona, the contract is still pending.

"We know very well what we have to thank Robert for, but great players have also left FC Bayern in the past, and even after that, Bayern’s world did not fall apart. On the contrary, it often continued with even more success." 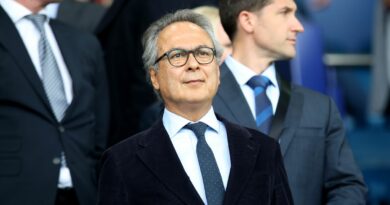 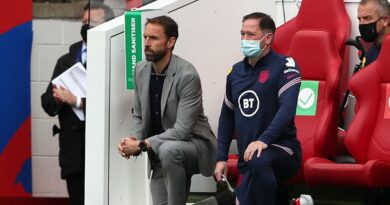 As England’s footballers take a knee, politicians are hiding behind parody