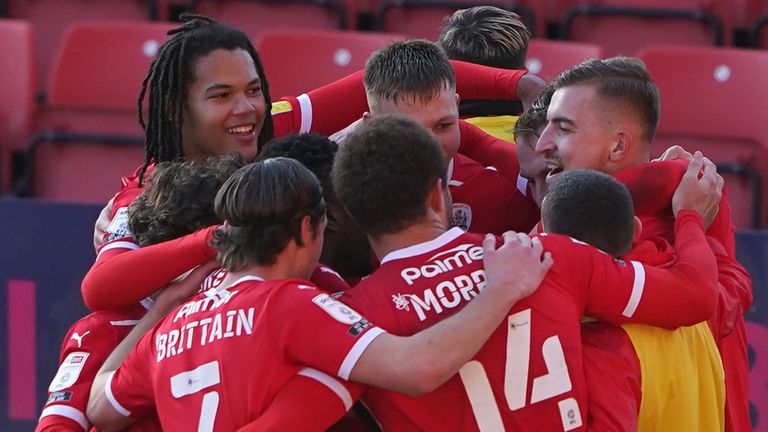 Cauley Woodrow and Michal Helik scored as Barnsley won their fifth Sky Bet Championship game in a row by beating Millwall 2-1 at Oakwell.

The game got off to a flying start with two goals inside the opening six minutes.

Woodrow put the hosts ahead in only the second minute, stabbing the ball in from close range after Alex Mowatt’s free-kick into the area caused problems for the Millwall defence.

A swift counter-attack resulted in Millwall equalising four minutes later, Jed Wallace setting up Mason Bennett who slotted low past Brad Collins from the left-hand side of the area. 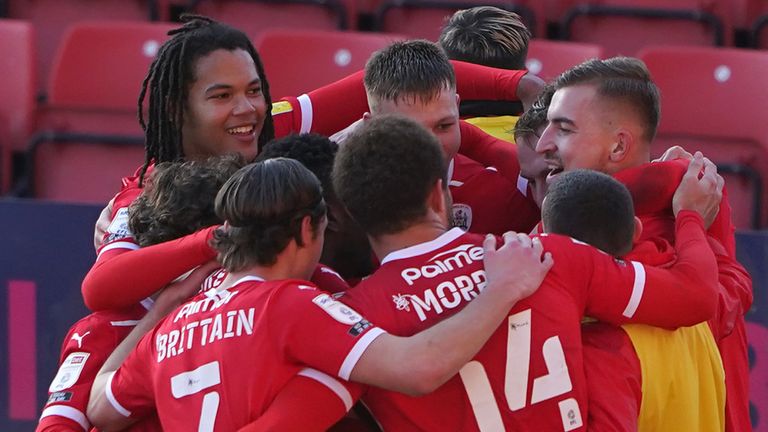 The game then settled down for a period with the two teams cancelling each other out and neither side managing to create a chance of note.

Towards the latter stages of the half, Barnsley’s Carlton Morris forced his way into the area and Shaun Hutchinson did well to make an important block which saw the striker’s deflected effort tipped over by Bartosz Bialkowski.

Barnsley head coach Valerien Ismael made a double substitution at the start of the second half with Toby Sibbick and Aapo Halme coming on in place of Michael Sollbauer and Romal Palmer.

Collins made a comfortable save after Bennett met a Shaun Williams cross with a header.

Bialkowski was then called into action at the other end, tipping over Mowatt’s free-kick and also keeping out an effort from Woodrow.

Helik put Barnsley back in front in the 59th minute, blasting a close-range volley into the roof of the net.

Millwall had a chance to draw level in the 73rd minute when Bennett found himself with just the keeper to beat but he fired over.

Both sides made a change in the 75th minute, with Barnsley’s Victor Adeboyejo replacing Daryl Dike and Matt Smith taking over from Ben Thompson for the visitors.

Barnsley appeared content to see out the game and protect their lead in the closing stages, with Millwall never seriously threatening to snatch a late leveller which would have extended their eight-match unbeaten run.

What the managers said:

Barnsley boss Valerien Ismael: “Congratulations to the guys for the performance and the mentality on the pitch.

“It was a tough game – it was exactly as we expected against Millwall. We were prepared for the direct game today. That’s why we put a lot of bodies and physicality in the starting XI today, to compete at that level.”

“We started poorly and two moments in the game undo us. It’s two set-pieces – the second one a second phase – and for both goals we don’t win the first ball and then we don’t react to the second ball.

“The first goal is offside. I’m not going to massively complain about it but it’s a clear offside and I think the linesman should certainly be able to see that.” 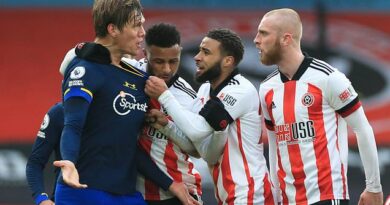 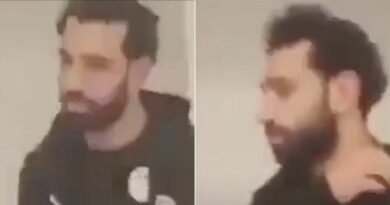 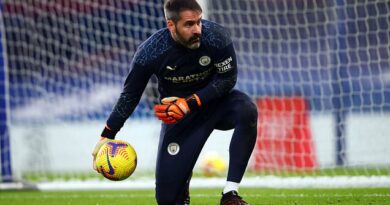