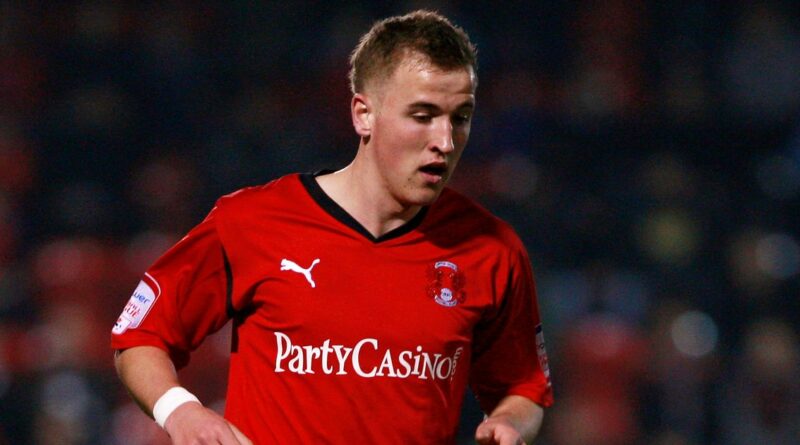 Harry Kane is one of the greatest centre-forwards in world football, but he was written off at a young age by former Leyton Orient chairman and sport supremo Barry Hearn.

Kane is now closing in on becoming England's all-time top goal scorer, and if he continues at the same rate in the Premier League, he has a serious chance to break Alan Shearer's exceptional record of 260 league goals. But it hasn't always been straight forward for the Tottenham star, as he was written off by multiple clubs while on loan before getting his chance in the first team.

The England captain was sent on loan to Leyton Orient, Millwall, Leicester and Norwich during his formative years, before establishing himself at Tottenham during the 2014/15 season. And during one of his loan spells, Harry Redknapp revealed that Hearn told him that Kane wouldn't make it.

Redknapp was Tottenham manager from 2008-2012, and was responsible for bringing Kane into the first team from the youth academy in 2009. The former Tottenham boss also sent him out on two loan spells to gain experience, but Redknapp admitted that he never expected Kane to reach the level that he has now.

"No, I could see him becoming a good player," Redknapp, speaking at the launch of SPITCH’s all new season mode, exclusively told Daily Star Sport. "But I'd be lying if I said I saw the best centre-forward in the world. I loaned him out to get some experience."

And while out on loan for the very first time at Leyton Orient, Redknapp was told that Kane wouldn't make it by former chairman Hearn. "I think it's quite interesting because Barry Hearn who was the chairman of Leyton Orient, great guy I went to a function with him last year, he rang me one day when I was at Tottenham and asked if I'd loan him any players.

"At the time Leyton Orient, they were bottom of the league, had no money to pay their wages so I sent them three kids. I sent over Harry Kane, Andros Townsend and Ryan Mason.

"He said after their spell that the other two, Mason and Townsend were brilliant and the one that had the least chance of making it was Kane. I saw Harry as a player that could make a good living out of the game, that was it at the time.

"He went to Leicester on loan, but couldn't get a kick. Went to Millwall, he went everywhere at the time." But Redknapp paid tribute to Kane for making himself a success, as he revealed his attitude was perfect for getting him to where he is today.

"He had this attitude, he wanted to do it," Redknapp added. "Train, live right, practice, just wanted to be a player and it paid off. He deserves all the credit in the world."

However, perhaps Redknapp does deserve some credit for helping Kane out in his earlier years as he surrounded him with different types of forwards. Kane is hailed for being the complete striker due to his deadly finishing, vision, passing and ability in the air.

And when looking back at his earlier Tottenham days, it's clear to see why. Redknapp revealed that Kane would spend hours with Jermain Defoe on the training ground, and he also had the likes of Peter Crouch and Rafael Van der Vaart around him too.

"I signed Jermain at Tottenham, and he would practice after training constantly," Redknapp explained. "Shooting, finishing, practice, practice. And Harry would go and join him, spend an hour or so.

"They used to always do that together and I think it really helped him. I think all clubs should get a striking coach in. In today's game it's important. I did it at Portsmouth, I had Yakubu and I bought in Luther Blissett to work with him.

"I used to let him take Yakubu, take whoever to spend a morning two or three times a week and then that's when he started scoring the goals. Kane had the mentors, Crouchy also with that aerial ability.

"Kane started to play really well, and then Rafa came in, Van der Vaart. He was very intelligent. Not a striker and played off which is what we are seeing now. Even Adebayor, I know he had his critics but he was unplayable at times."

The Tottenham star has already established himself as one of England's best ever strikers, and at the age of 28, there is still a long career ahead. And after a move to Manchester City fell through last summer, Redknapp feels as though Kane will end up becoming a one club man.

Harry Redknapp was speaking at the launch of SPITCH’s all new Season Mode. SPITCH is a fantasy football app where you compete for the chance to win cash prizes. Sign up for free here: https://api.spitch.live/libero/affiliate-partner/ATVBP. 18+ only. 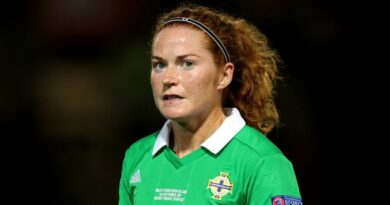 Marissa Callaghan: Northern Ireland Women have inspired a nation after qualifying for Euro 2022