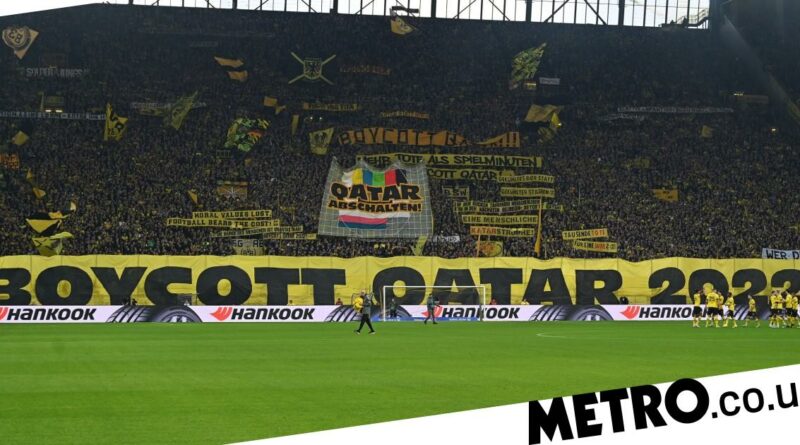 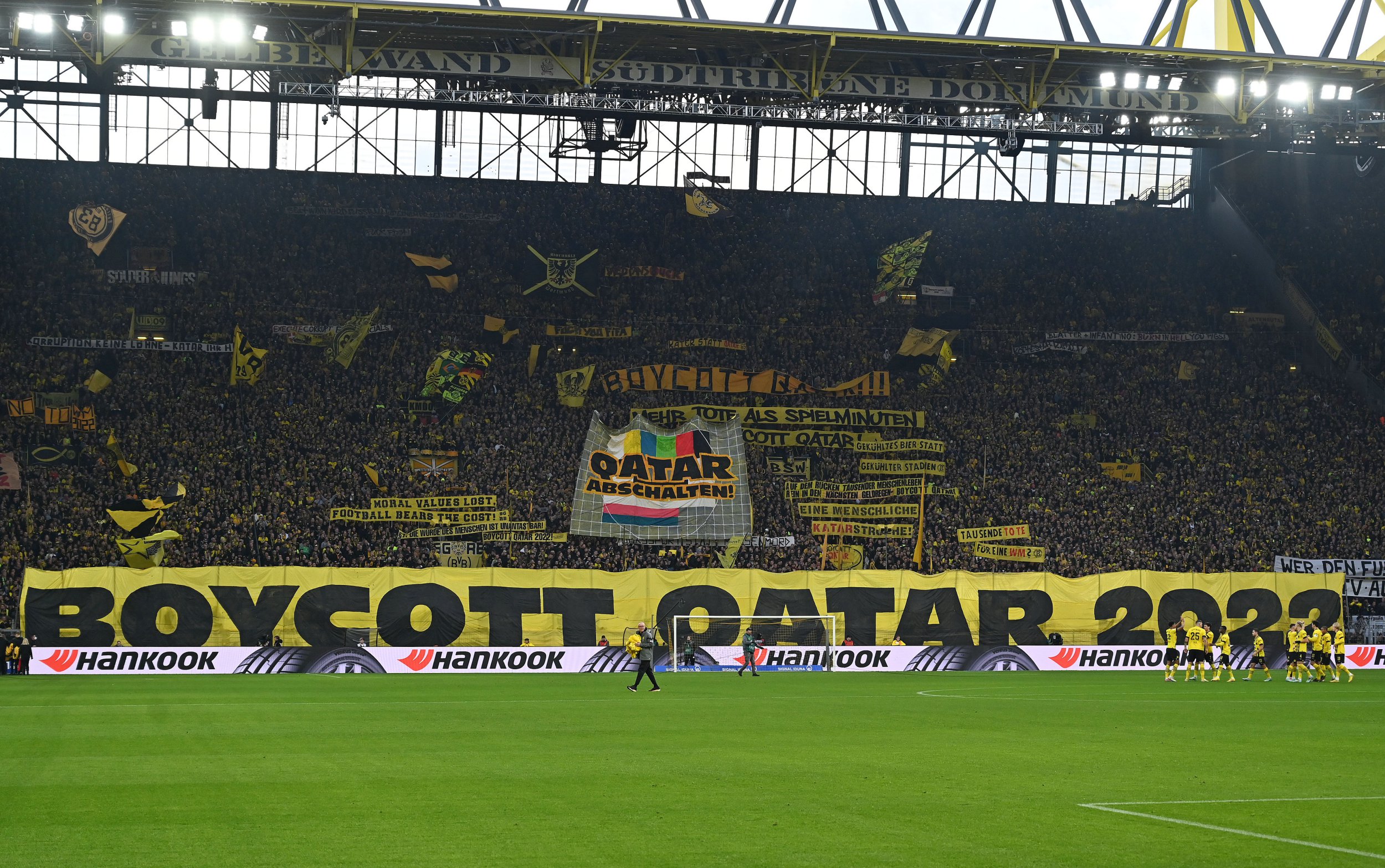 Bayern Munich and Borussia Dortmund supporters held up banners protesting against Qatar hosting the World Cup during their Bundesliga matches on Saturday.

With the World Cup just weeks away, Amnesty International say that human rights abuses in Qatar ‘persist on a significant scale’, with thousands of migrant workers exploited in order to ensure stadiums and facilities are built on time.

An investigation launched by The Guardian earlier this year revealed that over 6,500 migrant workers from India, Pakistan, Nepal, Bangladesh and Sri Lanka have died in Qatar since 2010.

Other migrant workers have been left in debt, owed pay for several months’ work and unable to return home, with Qatari government failing to step in.

The World Cup kicks off on November 20 and ahead of the tournament, fans in Germany have made their feelings clear with mass demonstrations at their matches on Saturday.

During their match against Hertha Berlin, Bayern Munich fans held up a banner which read: ‘15,000 dead for 5,760 minutes of football! Shame on you!’

Meanwhile, Dortmund held up banners which read: ‘Boycott Qatar’ and ‘Qatar – switch off’.

Speaking on Friday, Liverpool manager Jurgen Klopp said he felt more should have been done earlier to raise concerns over Qatar’s methods of hosting the World Cup.

‘I watched an old documentary about when it got announced that Russia and Qatar are the places for the next World Cups,’ Klopp said.

‘We all know how it happened and we all let it happen. No legal thing afterwards led to a real … what can I say? It was hidden everywhere but now it is open, now everybody knows, and you think: ‘How could it happen?’ It was 12 years ago. It’s nothing to do with Qatar. They won the World Cup and now it is there. But in the moment you put it there, all the things that followed it up were clear. And the people who were involved at that time should have known.

‘Later on we talk about human rights in terms of the people who have to work there in circumstances that are, let me say it nicely, difficult.

‘We couldn’t play the World Cup there in the summer because of the temperature and there was not one stadium in Qatar, or maybe one. So you have to build stadiums. I don’t think anybody thought on that day about somebody having to build them. It’s not like Aladdin with his wonder lamp and: ‘Boom, there’s a new stadium.’ The situation makes you angry. How can it not?

‘I will watch it from a football point of view but I don’t like the fact that players now have to send a message. You are all journalists. You should have sent the message but you didn’t write the most critical articles about circumstances that were clear. There we are guilty.

‘But now we are telling players they have to wear an armband and if they don’t do it then they are not on their side. No, no, no, these are footballers, it is a tournament and the players must go there and play and do the best for their countries. It is nothing to do with the circumstances.

‘There are wonderful people there and it is not that everything is bad over there but how it happened was not right in the first place. But now it is there, let them play the game as players and managers.

‘Don’t put Gareth Southgate constantly in a situation where he has to talk about everything. He has an opinion but he’s not a politician, I’m not a politician; he’s a manager of England so let him do that.

‘If you want to write about something else then do it, but by yourself without asking us so that it’s ‘Klopp said’ or ‘Southgate said’. As if that would change anything. You more than I let it happen 12 years ago.’ 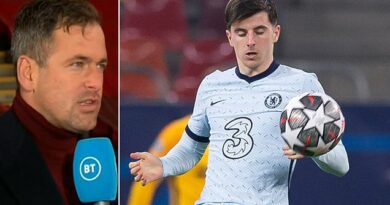 'Brilliant' Mount hailed by Joe Cole after display against Atletico