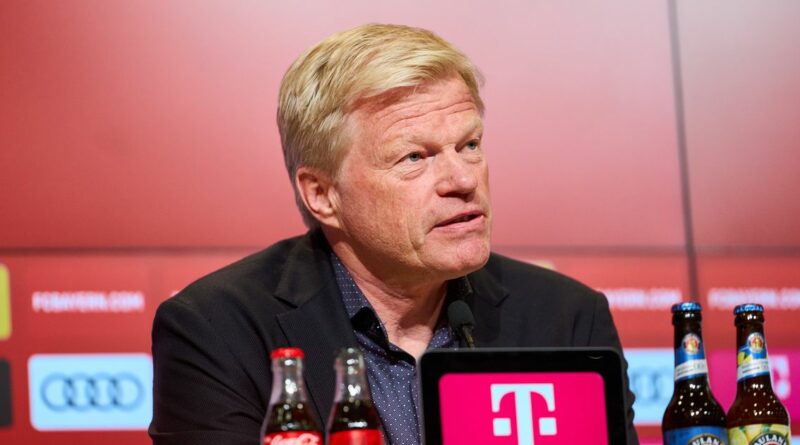 Bayern Munich chief Oliver Kahn joked Cristiano Ronaldo is on their transfer shopping list this summer after the Bundesliga champions were linked with the Manchester United star.

The Portuguese superstar has missed the entirety of the Red Devils’ pre-season schedule after receiving permission to miss their tour of Asia and Australia due to personal reasons.

But despite being offered to Chelsea, PSG and Atletico Madrid by his agent Jorge Mendes, the 37-year-old has struggled to find a potential suitor this summer and now looks more likely to stay at United, with only a handful of clubs able to afford his reported £475,000-a-week wages.

When asked about the Bavarian giants’ remaining transfer business this summer, Kahn — the former goalkeeper appointed as Bayern’s CEO last year — made an intriguing remark about their apparent interest in Ronaldo.

Responding to a question regarding their pursuit of Konrad Laimer and Mathys Tel, Kahn replied: “Cristiano Ronaldo too, right!?”

HAVE YOUR SAY: Will Cristiano Ronaldo leave Manchester United this summer? Comment below.

The 53-year-old has already secured deals for Sadio Mane, Ryan Gravenberch and Matthijs de Ligt this summer, and Bayern have been tipped to make a marquee signing to replace Robert Lewandowski after selling the 33-year-old to Barcelona for £45m.

Ronaldo would certainly fit the bill in that respect, but it is believed 17-year-old Tel could be brought in as a long-term replacement for Lewandowski. Sky Germany report that the club are “pushing” to sign the teenage starlet, who is yet to score at professional level in 10 Ligue 1 outings, from Rennes.

The French youngster is valued at around €25million (£21m) by his club and that could end any chance of Ronaldo heading to Munich. But Kahn kept his cards to his chest and added: “We’ll have more talks, we’ll see. The transfer window is open for some time.”

Even if Bayern decide to perform a U-turn and make a last-ditch attempt to sign him, United head coach Erik ten Hag has insisted Ronaldo is not for sale and wants to keep the veteran striker next season.

"We are planning with Ronaldo for this season – that's it. I'm looking forward to working with him,” he told Sky Sports.

Asked if Ronaldo wants to leave, Ten Hag replied: "He hasn't told me this. I have read, but as I say, Cristiano is not for sale, he's in our plans and we want to get success together. I spoke with him before this issue came up. I had a conversation with him and had a real good talk." 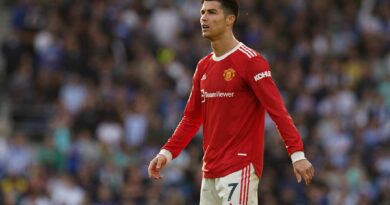 Banega: the bad boy playmaker who blew away Guardiola and Mourinho