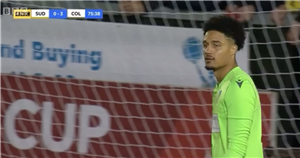 A fan was heard directing a racist insult towards a player during the live broadcast of Sudbury and Colchester's FA Cup first-round tie on Friday night.

BBC microphones picked up the remark in the 76th minute at Sudbury's Wardale Williams Stadium, where League Two outfit Colchester ran out 4-0 winners against their non-league opponents.

When Colchester goalkeeper Shamal George caught a shot from Sudbury's Jake Clowsley, a member of the crowd can be heard shouting: "George you got lucky there init, you big black c***".

After footage of the incident was shared by a fan on Twitter, the FA Cup's official account replied: "We are investigating a possible racist comment at the fixture in question and will be liaising with the clubs and the police."

Daily Star Sport have approached the BBC for comment.

Fans were disgusted by what they heard at Sudbury, calling on the relevant authorities to come down hard on the culprit.

One wrote to Colchester's George: "Sorry you had to experience that & more than once as well! Hope he's punished whatever age he is!!"

Another commented: "No place in the world for comments like that. TV cameras there. Sudbury and Police should look at footage find them and ban them for life from all football grounds".

A third put: "What goes through your mind to think it’s a good idea to abuse a player because they’ve got a slightly different appearance than you. Has absolutely no place in our game".

While one simply said: "Shameful".

George also spoke out on the incident after coming across the footage online, writing on Twitter: "Good result. Ruined by s*** like this. Honestly. 2nd time in space of a few months. Bet it goes under the carpet again."

The racist abuse marred an otherwise positive night for Colchester in Suffolk, with Brendan Sarpong-Wiredu firing them in front after 35 minutes.

Freddie Sears then doubled their lead four minutes later, ensuring they went in at the break two goals to the good.

Sylvester Jasper and Shawn McCoulsky then added another two for the visitors after the interval to book their place in the second round of the competition. 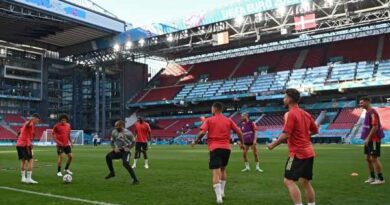 Coronavirus: Diego Costa coughs towards reporters after win over Liverpool