An evening featuring Peter Beardsley in Newcastle was cancelled because of poor ticket sales — but a show that pokes fun at the shamed former England star is heading for two sell-out dates.

Beardsley is serving a seven-month ban from all football activity after an independent FA commission found him guilty of racially abusing young black players when coach of Newcastle’s Under 23s.

That has not stopped the 59-year-old arranging talk-in dates and he was scheduled to appear at Newcastle’s City Hall alongside ex-Magpies striker Mick Quinn on January 30. 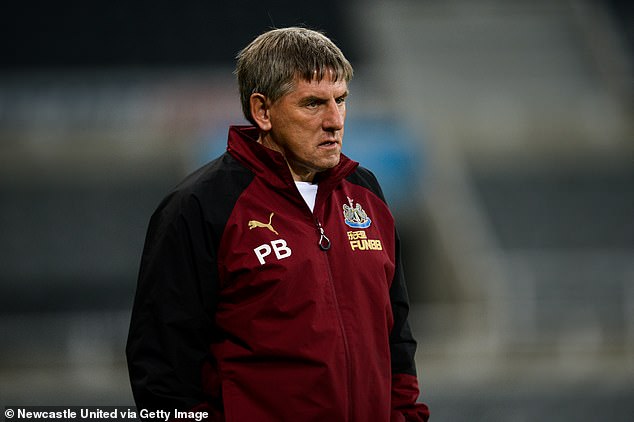 Sports Agenda understands that was scrapped after only a handful of tickets were sold. Quinn appeared the next night in front of a sell-out crowd at a local boys’ club.

And Beardsley may be a little miffed to learn that the Athletico Mince podcast — hosted by comedians Bob Mortimer and Andy Dawson — is heading to Newcastle’s Tyne Theatre next month. The show has made its name in part thanks to impressions of Beardsley.

LIVERPOOL SET FOR SPECIAL TROPHY SHOULD THEY REMAIN UNBEATEN

The Premier League remain tight-lipped — rolling out the old ‘we don’t deal in hypotheticals’ line — but it is understood informal discussions have taken place about handing Liverpool a golden trophy if they go unbeaten this season.

Arsenal’s Invincibles received one after 2003-04. It is a smaller version of the Premier League trophy but with gold replacing the silver and vice versa, and their W-D-L record engraved on the base. The Premier League will make an announcement at the end of the season. 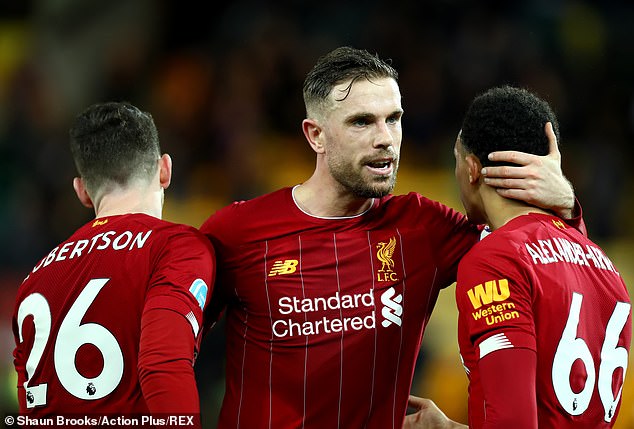 Should Liverpool complete an unbeaten season, they are set to be awarded a special trophy

One story, two different versions of events. In what may well be a first, Leeds press officer James Mooney was charged with improper behaviour in the Elland Road tunnel at half-time of the recent home game against Millwall.

It can now be disclosed that the FA, who subsequently handed out a one-match ban, say that Mooney approached referee Darren England as he walked towards the pitch for the second half, with Leeds losing 2-0.

In their written reasons, the FA add that Mooney attempted to show the stunned official footage from his phone that he believed showed the ball went out of play before England awarded Millwall a penalty. 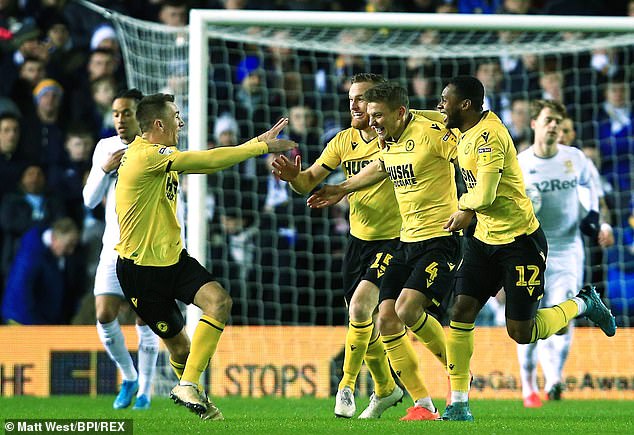 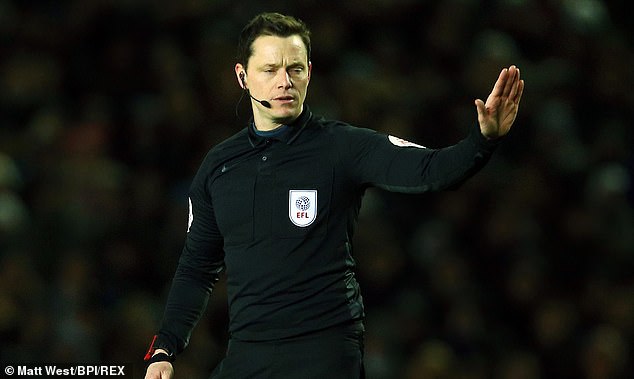 England described Mooney as ‘aggressive in his manner’ and said the officials ‘politely reminded him we cannot see any footage’.

However, in his programme notes for Saturday’s win over Bristol City, managing director Angus Kinnear claimed Mooney — who strongly denied acting aggressively — and director of football Victor Orta, also banned, were ‘placed on the naughty step by the FA for having the audacity to constructively feed back to the referee at half-time’, adding that he was ‘bemused’ the pair were charged.

Sports Agenda is delighted to report that repairs to the wall and brick shed ploughed into by a West Ham snowman is finally under way.

Michail Antonio hit the wall — and the headlines — on Christmas Day after losing control of his Lamborghini in south London. The winger was in costume and witnesses say he told them the outfit blocked his vision. 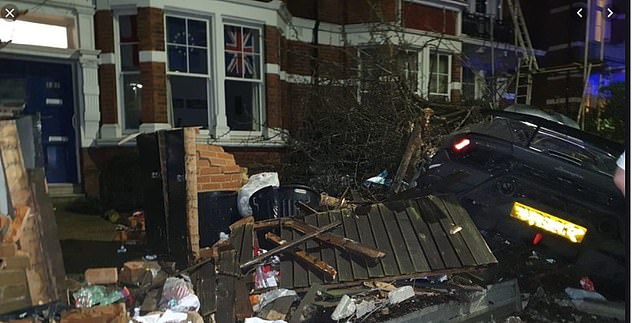 Eyebrows were raised at the EFL when Peterborough chairman Darragh MacAnthony brazenly used his tickets for the Carabao Cup final to attract more social media followers.

The Posh owner posted a video on YouTube launching the competition, telling viewers his position as owner of a club meant he received tickets for all manner of matches, and that they had to follow him on YouTube and Twitter to enter.

‘You can call me a media whore if you want,’ he said. ‘The whole idea of this is to get my subscriber account over 6,000 on YouTube.’

The EFL got in touch with MacAnthony to ensure ground safety regulations would be met and that winners would be screened to ensure they were not subject to stadium bans. 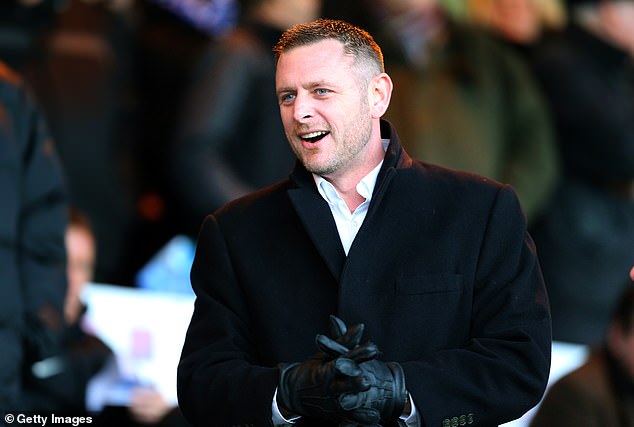 The BBC does not help itself at times. At the Indoor Grand Prix in Glasgow, presenter Gabby Logan introduced two of their analysts to speak about the controversial Nike shoes that have prompted World Athletics to bring in new guidelines. The two chosen?

Nike ambassadors Paula Radcliffe and Steve Cram. What followed was as pro-Nike as you would imagine. Logan pointed out the link, but why on earth did they not speak to ex-athletes or coaches with no Nike connections, such as Jessica Ennis-Hill’s forthright former coach Toni Minichiello? 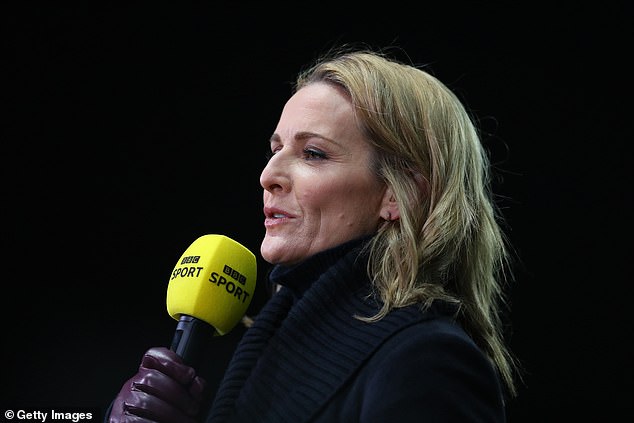 There was an awkward moment at the Indoor Grand Prix athletics in Glasgow when those present were asked to applaud the memory of Australian former agent, BBC broadcaster and team manager Maurie Plant, who died last month aged 66.

Plant was a popular figure in the sport. He was also banned for pressuring a young athlete to provide a urine sample in 1986 for another athlete, who would test positive for doping a year later. A 1989 Australian government inquiry banned Plant from managing athletes.

It is unlikely the vast majority of the 3,000 asked to applaud at the Emirates Arena would have known this. 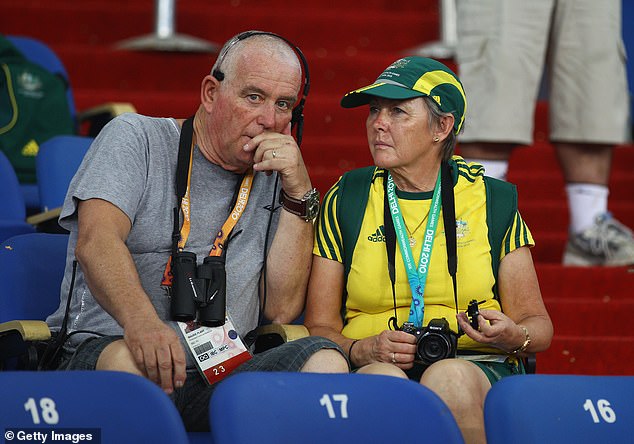 The 2021 Rugby League World Cup promises to be a festival of facial hair, with organisers close to agreeing a partnership with men’s health charity Movember.

The autumn tournament in England will become the first World Cup to have an official charity partner, with top players such as England’s Gareth Widdop and Australia captain Boyd Cordner growing moustaches for the competition.

By the end of the tournament, 2,000 volunteers, 60 members of staff and 900 participants from the 16 competing teams will have received face-to-face mental fitness awareness training. 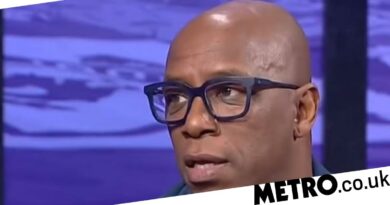 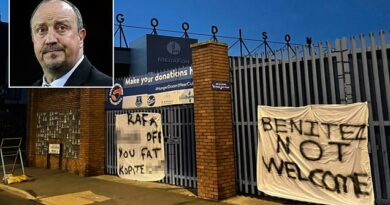