‘Today was a disaster, we want to apologise’: Beleaguered Barcelona president Josep Bartomeu vows to make changes at the Nou Camp amid reports he has already sacked Quique Setien as manager

Barcelona’s beleaguered club president Josep Bartomeu has insisted changes will be made at the Camp Nou after their humiliating 8-2 defeat to Bayern Munich in the Champions League.

The Catalan side suffered their heaviest defeat since 1940 as they crashed out at the quarter-final stage of the competition in Lisbon, and reports in Italy suggest boss Quique Setien has already been sacked.

The 61-year-old former Real Betis boss only joined the club in January as a replacement for Ernesto Valverde, and reports have also suggested that he could be followed out the exit door by Eric Abidal, Barcelona’s director of football, in a complete restructure of the club. 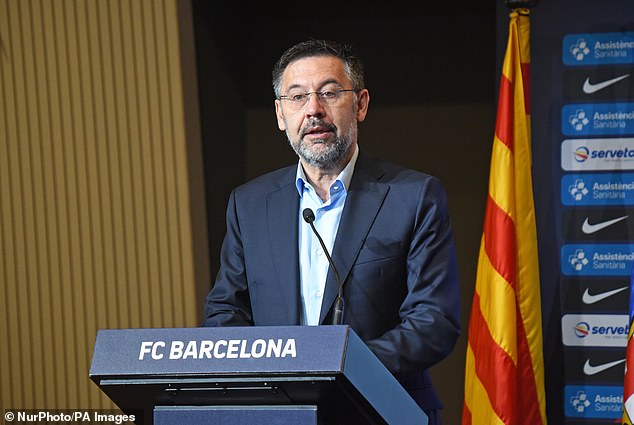 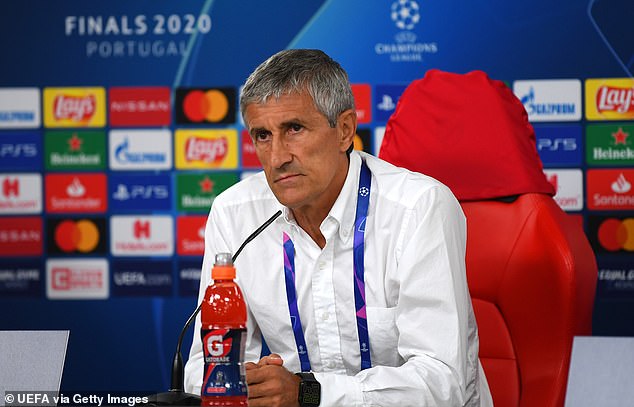 Barcelona were trailing 4-1 after just 31 minutes in Lisbon, and an abject display was rounded off by Philippe Coutinho – who is on loan at Bayern from the Spanish giants – scoring twice against his parent club.

And speaking after the Bundesliga champions’ demolition of his side, Bartomeu insisted some of the tough decisions have already been made.

‘It’s a really heavy defeat,’ Bartomeu said. ‘I want to congratulate Bayern, who played a great game. They deserve to go through to the semi finals. We weren’t at our best, nor near it.

‘Today was a disaster and now we have to make decisions. We’ve already thought about some of them. 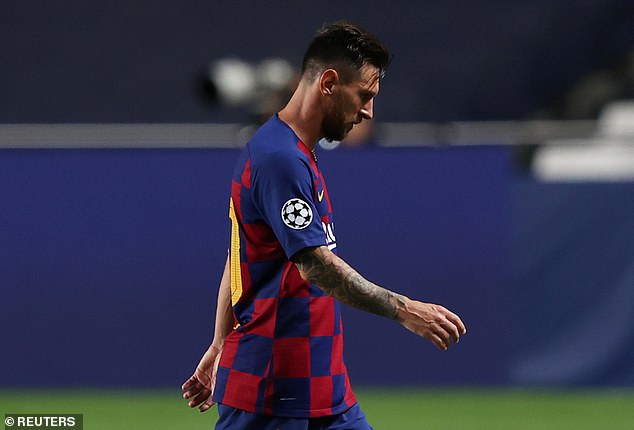 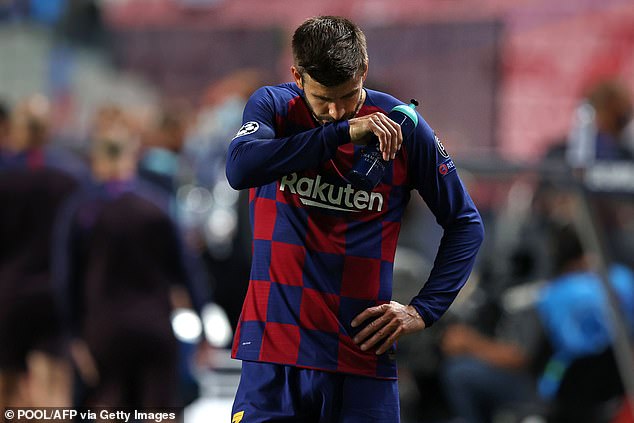 ‘Today isn’t a day for decisions. We want to apologise to the fans, members and Barcelonistas.’

However, when pushed on who and what those decisions would involve, Bartomeu – who will now be under severe pressure from rival candidate Victor Font ahead of elections next year – did not reveal the club’s intentions.

‘I’m not going to say what [decisions] they are because some of them have already been made and others will be made,’ he added.

‘Today is a day to reflect. From tomorrow, we’ll try to lift the spirits of all the Barcelona fans and we’ll make decisions from next week.’ 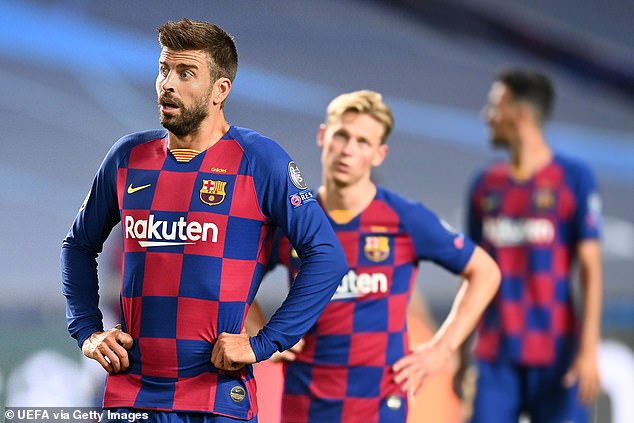 However, Bartomeu himself has not avoided the pressure and has come in for severe criticism from Joan Laporta – who served as Barcelona president from 2003 until 2010 – immediately after the game.

Laporta vehemently claimed that Bartomeu’s post-match remarks were an act of cowardice and demonstrated once more that he was not the man to take the club forward.

Posting on Twitter after Barcelona’s humiliation in Portugal, Laporta wrote: ‘After this very painful defeat, the statements of President Bartomeu are, once again, a sign of cowardice and ineptitude.

‘The incompetence of him and his board disqualifies them from making more decisions that condition Barca’s future.’

Nevertheless, Bartomeu’s call for change was echoed by defender Gerard Pique in his post-match comments to Spanish channel Movistar.

He said: ‘The clubs need changes and I’m not talking about the coach or any one player. The club needs profound change.

We have hit rock bottom. We need to reflect and do what is best for the club. I will be the first to offer to go if we need new blood.’

Ronaldo 'pledges future to Juventus until 2022' amid Real Madrid links