Arsenal fan flirts with Sian Massey, Jamie Vardy runs off to the toilet and Hector Bellerin likened to Liam Gallagher in his post-match interview – EIGHT THINGS YOU MISSED FROM ARSENAL 3-1 LEICESTER

Arsenal made it 10 wins in a row on Monday night as they survived an early scare to beat Leicester City at the Emirates.

Unai Emery’s inspired substitutions paid off as Pierre-Emerick Aubameyang netted twice just 130 seconds after coming on. It was also a memorable night for captain Mesut Ozil as he produced one of his finest performances in an Arsenal shirt.

But plenty happened in the stands, the television studio and even the tunnel late on as Sportsmail compiled eight moments from that you may have missed… 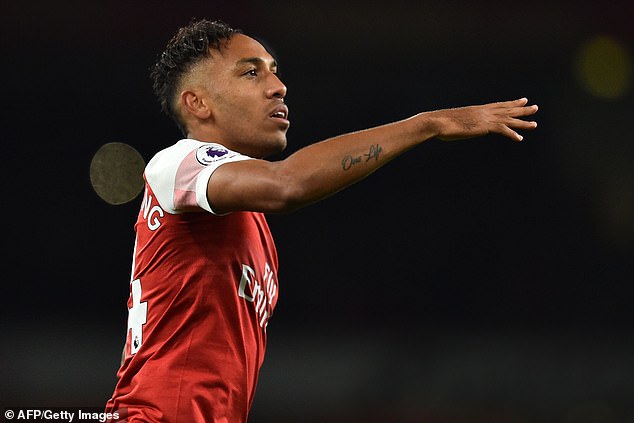 While Unai Emery big changes to Arsenal’s lineup have drawn the headlines, Leicester are virtually unrecognisable to the team that won the Premier League just over two years ago.

Of their most used starting XI during their title winning campaign, only Kasper Schmeichel and Jamie Vardy started on Monday night against the Gunners.

Following Monday’s defeat, Claude Puel’s new look Foxes have fallen to 11th in the table and sit just a point above Brighton. 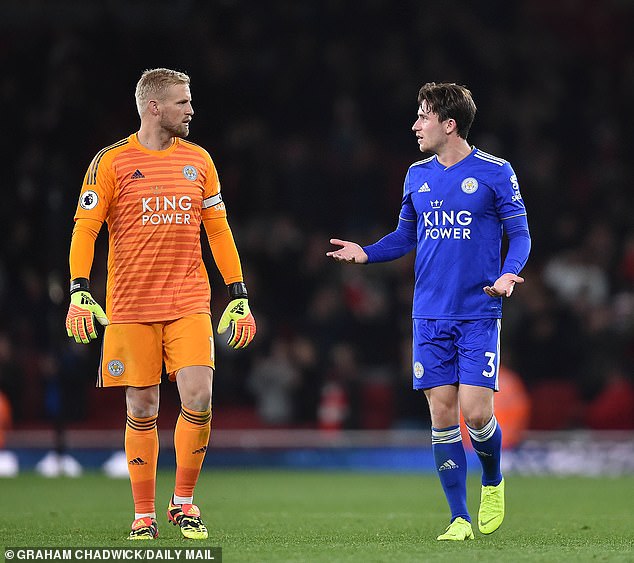 A surprise face showed up on Arsenal’s bench to face Leicester on Monday night — and it wasn’t Gunnersaurus strapping on his boots.

Zech Medley was given a call up to the first team as he was included on the substitutes bench along with striker Pierre-Emerick Aubameyang.

The 18-year-old is a powerful central defender who originally came through Chelsea’s academy. Medley joined up with his boyhood club partway through the 2016/17 season. And it wasn’t long before he made the leap to the U23s.

It’s fair to say that Graeme Souness is not Paul Pogba’s biggest fan. He seems to leap at any opportunity to criticise the World Cup winner for everything from his style of play to his haircuts. The obsession is real.

Ahead of Manchester United’s clash with Chelsea this weekend, the former Liverpool man evaded a direct question on the midfielder, only to follow it up shortly with a shot at him and his World Cup (winning) peformances.

His targeted criticism has not gone unnoticed by the masses on Twitter. As it was announced Souness would be stepping in for Rafa Benitez on Monday Night Football, Sky Sports made the school boy error of asking people to tweet in their questions. The hundreds who replied had only one subject in mind…

Graeme Souness won a total of 2⃣3⃣ trophies as a player and manager! ?

He joins the team for tonight's #MNF, so tweet your questions in now! pic.twitter.com/xcwfcGFNSg

Has Pogba Lived up to his price tag? Not covered that yet

Did your wife automatically connect to Paul Pogba‘ WiFi?

The life of a Sky Sports stat man isn’t an easy one. They spend hours trying to dig up new and interesting facts on each and every star who the director may choose to single out at any given moment.

On this occassion it seems that the resident statto may have been scraping the bottom of the barrel for facts on previously highly decorated attacking midfielder Henrikh Mkhitaryan.

Sure he’s a Europa League winner, made the Bundesliga Team of the Season and been Armenian Player of the Year eight times. But on Monday, captaining Armenia to shock defeat to minnows Gibraltar was everything the viewer needed to know. Well done Henrikh.

While all eyes were on Mesut Ozil on Monday night, one Arsenal fan seemed to have his eyes on lineswoman Sian Massey.

The supporter, who bears a striking resemblance to Leicester forward Jamie Vardy, was caught on camera just after she had dropped her flag following an offside.

While fans around him seemed to be none the wiser to his advances, he did his best to seduce her with raised eyebrows and a kissing gesture. While he did not get the reaction he may have been after from anyone in the ground, he has the Sky Team to thank for stealing a little of Mesut Ozil’s thunder.

ozil sensational tonight… but this fella stole the show for me #ARSLEI pic.twitter.com/vZ06SeXju0

It was not Jamie Vardy’s night.

Not only did the striker fail to register a single shot against Arsenal he managed just 11 touches over the course of his 80 minutes on the pitch. Every single sub managed more than the England international.

His exceptionally low key performance could be down to having been struck down with a sudden illness. With 10 minutes to go in the match, Vardy was pictured making a beeline for the touchline and jogging straight down the tunnel whilst the ball was still in play. No substitute was called nor a stoppage in play.

Speculation was rife as to the exact nature of his emergency exit. Claude Puel cleared up the matter following the match as he said ‘He was ill he could not come back on the pitch. He seems OK now.’ And then through his translator said he ‘couldn’t digest the penalty decision that went against’ Leicester. So maybe not just the Red Bull kicking in with a sudden bang.

Hector Bellerin about to drop a new album

After picking up a (own) goal and a couple assists, Hector Bellerin the face of Arsenal’s impressive come from behind win against Leicester.

While the defender eloquently answered the questions posed to him by the Monday Night Football team, no one could take their eyes off the giant microphone he was given to conduct his interview.

Bellerin’s brief appearance after the match entered instant meme territory as his Liam Gallagher type stance left him looking like he was about the hottest new album of the year. Just in time for the Christmas sales!

On Arsene Wenger’s 69th birthday it looks like Arsenal were in a party mood. It’s only fitting that continued their winning streak. It’s the first time the north London side have won 10 consecutive matches across all competitions since October 2007 where they won 12 and would have had Champions League to contend with as well.

Hector Bellerin kicked things off, opening the scoring for Leicester but made up for his cavalier defending with an assist for Mesut Ozil’s equaliser just before the break. It is the seventh time in a row that Arsenal have been level at half time and went on to win at full time. Unai Emery looks like the master of half time team talks.

Pierre-Emerick Aubameyang found himself surpassing Arsenal royalty after being freed from the bench tonight. His first of two goals on Monday night saw him reach 15 Premier League goals after just 22 appearances.

The previous fewest number of Premier League appearances to reach fifteen goals for the Gunners was icon Thierry Henry with thirty. Records will tumble. 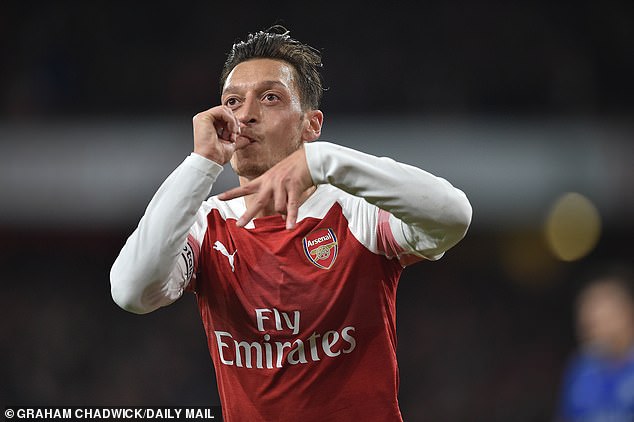 Lockdown is chance for stars to get ahead, says ex-PL ace Jamie Lawrence

Act now or VAR will ruin the game! Changes that would save technology