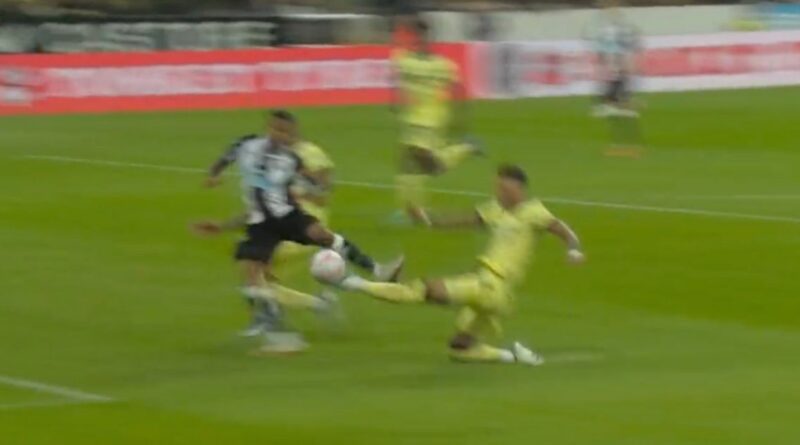 Ben White came in for huge stick after scoring an own goal that effectively crushed Arsenal's remaining Champions League hopes.

Arsenal came into the match against Newcastle with their fate still in their own hands. But a disastrous 2-0 defeat at St. James' Park means the Gunners need to beat Everton on the final day and hope Tottenham lose to Norwich if they want to finish fourth.

Mikel Arteta's side never really got going in the north east, and their night was summed up by the performance of centre-half White, who struggled on his rushed return from a hamstring injury.

The £50million man inadvertently gave Newcastle the lead midway through the second half when he turned Joelinton's cross into his own net. Despite his injury struggles, Arsenal fans on social media gave the 24-year-old short shrift for his performance.

"Brighton sold Ben White for £50million and didn’t even bother replacing him, tells you all you need to know," wrote one. Another said: "Ben White is the most garbage defender I’ve ever seen."

Do you think Ben White has been value for money for Arsenal? Let us know your thoughts in the comments section below

Someone else dubbed him the "Benidorm Harry Maguire" in a now-deleted tweet. While someone else commented: "The closest BenWhite is getting to the Bernabeu is when he’s 700 KM west in Mallorca, filming for Love Island 2022."

A fifth person added: "£50million for Ben White shows how f***ing corrupt and embarrassing English football is. £5million would still be to much for him, and while I’m on this Arsenal are f***ing horrendous, they don’t deserve Champions League football."

Another cruel social media user informed White he would be better off on a reality TV show, tweeting: "Ben White should’ve stuck to Love Island."

After the match, Monday Night Football pundit Jamie Carragher laid into the Gunners for what he called an "awful" performance. "I thought they were awful tonight," he began.

"I actually enjoyed this season could get behind it, the fanbase almost got behind it, they weren’t going to be challenging for the biggest honours but they were building something and starting.

"That performance there was bad. That was almost bigger than a cup final for Arsenal, I thought they were poor first half but to play that poorly in the first half and produce that in the second half, it wasn’t acceptable. It wasn't the result, it was the manner."

Arsenal now require the mother of all favours from already-relegated Norwich if they are to pip Tottenham to the final Champions League spot on the final day of the season.