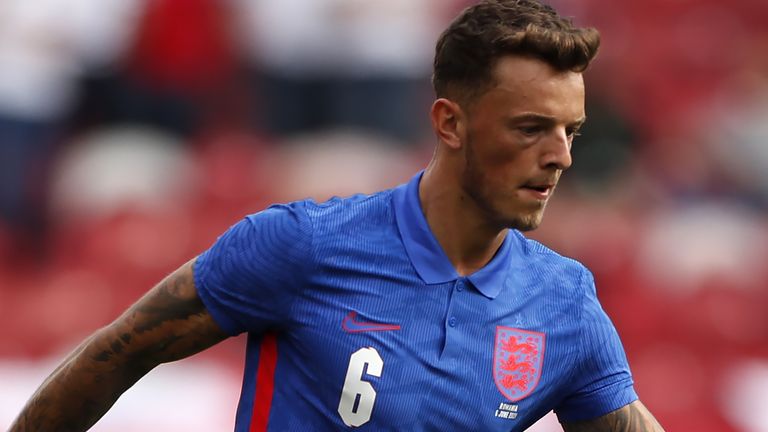 Ben White admits he was left “speechless” when he received the call-up from England boss Gareth Southgate for Euro 2020.

The Brighton defender was a late addition to Southgate’s 26-man squad, replacing the injured Liverpool right-back Trent Alexander-Arnold after he suffered a thigh problem in last Wednesday’s warm-up match against Austria.

White, who is predominantly a centre-back but can also provide cover in midfield, only made his full international debut on Sunday, and was not anticipating he would play a part in this summer’s competition.

“It’s been very surreal, obviously I didn’t think this was going to be happening,” said the 23-year-old. “I thought I was going to be somewhere hot, in Portugal or something like that.

“It’s mind-blowing really I didn’t expect any of this to happen, even being in the 33-man squad was enough for me. To make it to the final squad was unbelievable.

“I got a call from someone at Brighton telling me the manager was going to call me and I was just waiting for the call.

Asked what it felt like to be told he was in the squad, he added: “I don’t think I’ve let it settle in yet. It’s something that I have never felt before, news like that doesn’t normally come around.

“I was just speechless really, and it felt amazing.”

‘Rolls-Royce White can play at any level’

Newport manager Michael Flynn gave White his Football League debut in 2017 and believes he has all the qualities to succeed at the highest level after being named in England’s Euro 2020 squad.

“He’s just an outstanding talent,” Flynn told Sky Sports News. “He has the right temperament, and he can adapt to any position you ask him to play in and more importantly he was keen to learn.

“Honestly, one of my proudest moments being a manager, seeing somebody like Ben get what he deserves, what he works so hard for. Like I say, he is a Rolls-Royce, he can adapt to any level he is playing at and that’s what convinced me that he would play at the top and play for England.

“He’s done both of them, a little sooner than I thought if I’m being totally honest, but I had no doubt in Ben’s ability.”

England have played their final warm-up game ahead of Euro 2020 but who makes your starting XI for the opening match against Croatia on Sunday at Wembley?

Gareth Southgate has named a 26-man squad but has plenty of selection headaches in defence, midfield and attack.

Who would you start in England’s opening Euro 2020 game against Croatia?

Mahrez takes on Mane in the Africa Cup of Nations final