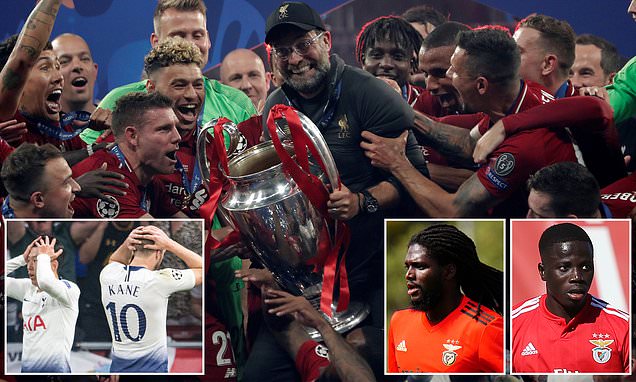 REVEALED: Benfica were given the task to ‘become’ Tottenham to HELP Liverpool win the Champions League in Madrid… now three years later the Portuguese side’s mission is to upset the odds and knock Jurgen Klopp’s side OUT of the competition

Benfica are hoping to pull off a stunning upset against Liverpool just three seasons after they were given the task of helping the Reds win the Champions League.

Jurgen Klopp’s side beat Tottenham 2-0 to win Europe’s most prestigious trophy thanks to goals from Mo Salah and Divock Origi.

Going into the match, there was a three week break between the end of the domestic season and the start of the final which took place at Atletico Madrid’s Wanda Metropolitano. 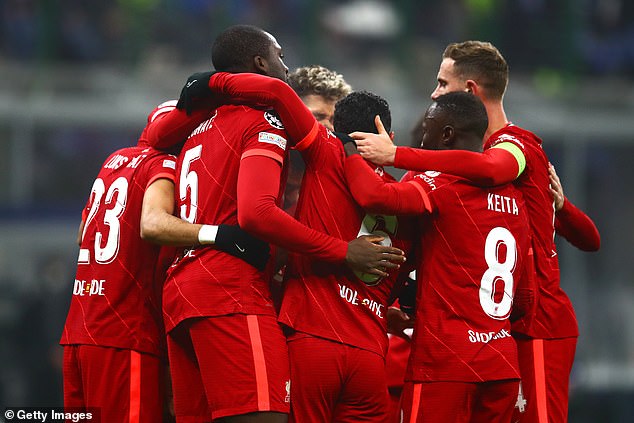 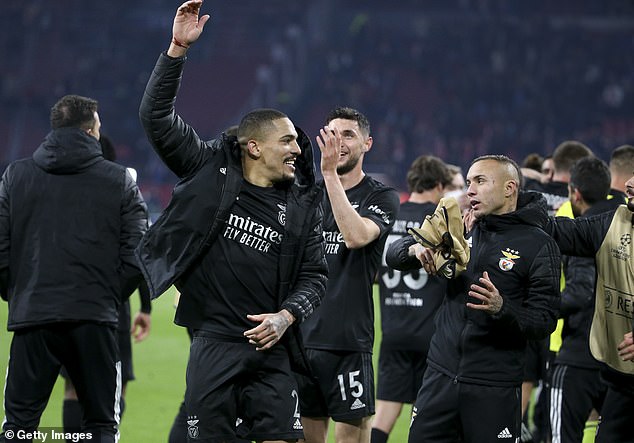 In a bid to keep fresh, Liverpool needed to play a team who would also take on the role of Tottenham to help the Reds prepare tactically for the final.

This task was given to Benfica’s B side, who travelled to Marbella to play the Reds after the club’s technical director Pedro Marques received a call from Julian Ward – the man who will replace Michael Edwards as Liverpool’s new sporting director from the end of the season.

Marques, telling the story to Goal, revealed that he couldn’t tell the players where they were going or who they were playing and managed to keep it a secret until they got to Marbella. 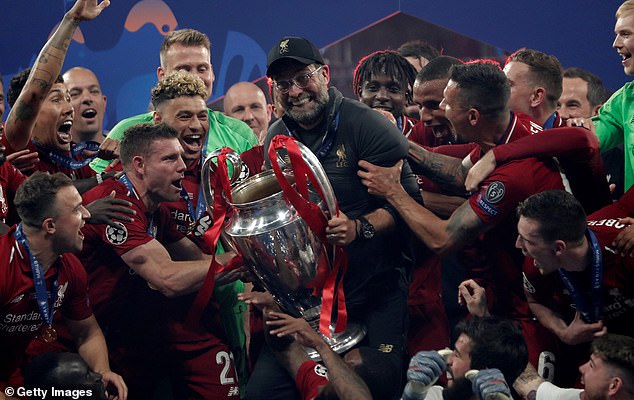 Marques said:  ‘We went through the gameplan of Liverpool, and how they felt Tottenham would play,’ says Marques. ‘We went through how we could set up like them, in terms of shape, a few pressing patterns and some attacking plays.

‘But they also asked us to play freely outside of those specific situations. They wanted it to be a proper game.’

The match took place on a Saturday evening, mirroring the kick-off time for the final and like against Tottenham, Liverpool won 2-0 only with Sadio Mane scoring one of the goals. 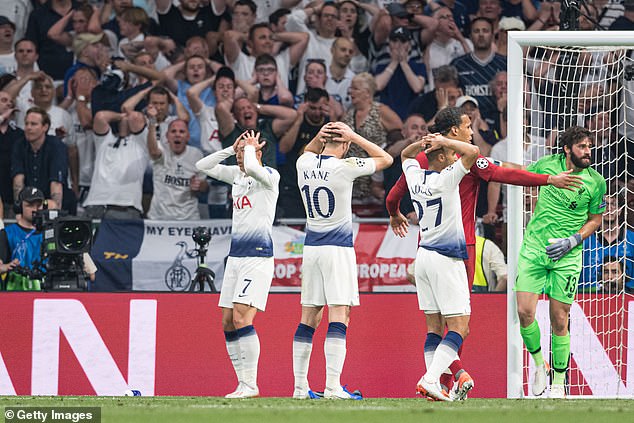 Benfica players though impressed in their roles, with David Tavares, now at Portuguese side F.C. Famalicao, said to impress Klopp and his staff.

Brazilian forward Vinicius Jau, now back in his homeland with Avai, took on the role of Christian Eriksen, while Guinea-Bissau born forward Jose Gomes played the role of Harry Kane.

Several players missed out as they were called up for international duty, including Arsenal left back Nuno Tavares.

Striker Goncalo Ramos, who could play Liverpool on Tuesday, was also missing for the Portuguese side.

‘It was a privilege,’ says Marques. ‘We all understood that we were there on a mission, but we knew we had to enjoy it as well.

‘It was a great experience. I knew a few people from Liverpool, like Pep and [physio] Lee Nobes, so we were able to mingle. And the Liverpool players were top-notch. They mixed with our boys and gave them some shirts and boots, things like that. They were brilliant. 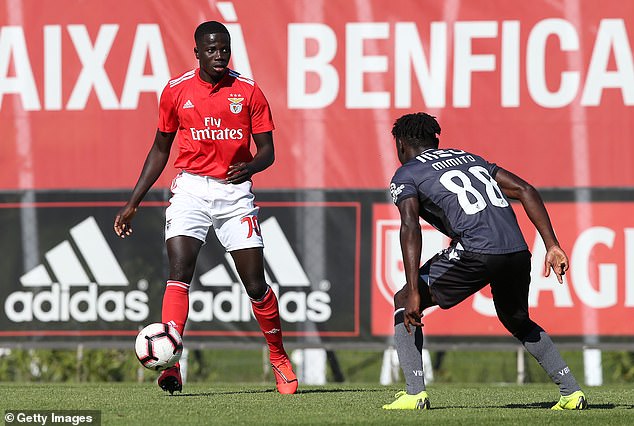 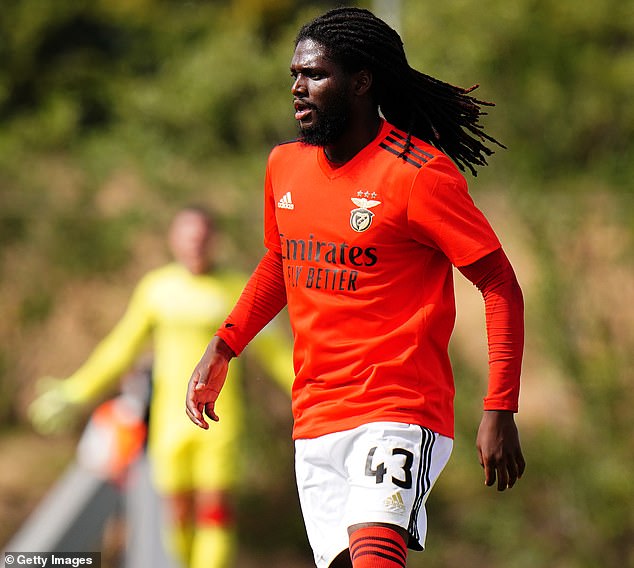 ‘What we said to the boys was ‘enjoy it, but learn as well’, look at all these top players. How do they arrive at training? How do they tie their boots, put their shinpads on, warm up? All those little things, soak it up.’

Benfica’s players flew back to Portugal the next day and supported Liverpool as they went on to become European champions for the sixth time.

The move benefitted Liverpool who were desperate to win the trophy having lost to Real Madrid in the final the year prior.

It will be a different story this season however as the Reds face Benfica in their quest to reach the final four of the Champions League.

The first-leg takes place on Tuesday at Benfica’s Estadio da Luz, before the Portuguese side travel to Anfield the following Wednesday.

Klopp’s side are heavy favourites but Benfica will be looking to upset the odds again after knocking out Ajax in the Round of 16. 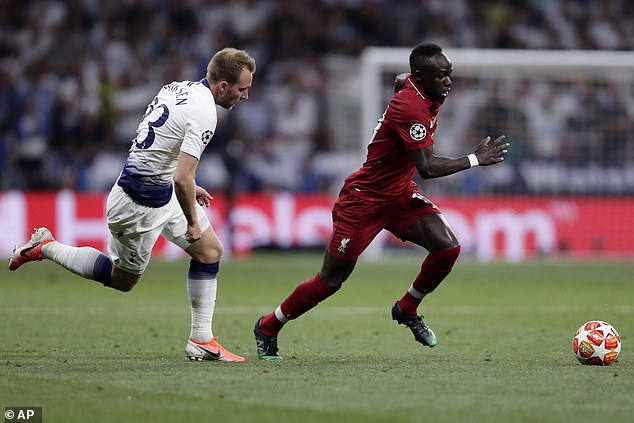 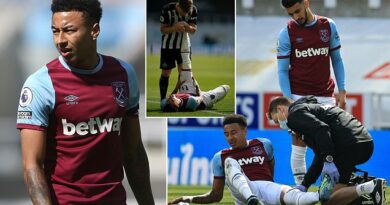