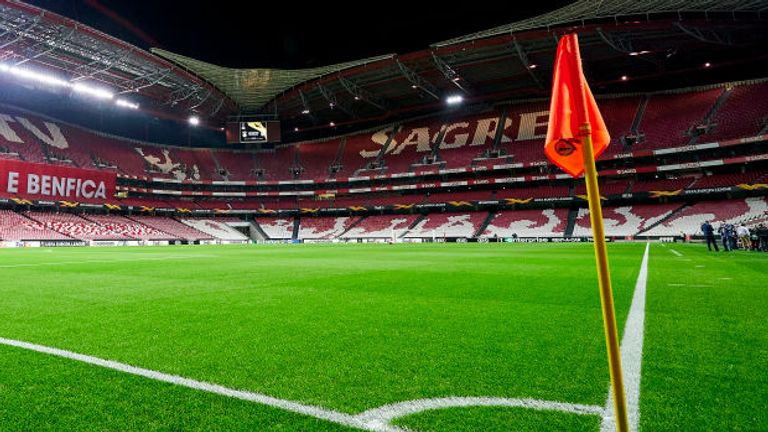 Benfica have reported a mass outbreak of COVID-19 at the club, with 17 people from the playing squad, coaching staff and general staff testing positive.

The club’s president Luis Filipe Vieira, 71, was confirmed as being among those infected although he remains asymptomatic.

The Lisbon side said in a statement they would consult the national department of health over whether they should play matches within the next two weeks in the interests of public safety and the health of players.

Benfica, who are third in the Portuguese top flight, are due to play a League Cup semi-final against Braga on Wednesday.

They play Arsenal in the first leg of their Europa League round of 32 tie on February 18.

The Premier League has confirmed 16 positive coronavirus cases were recorded in the latest week of testing.

It marks a significant drop from the 36 positive cases recorded last week, following a season-high of 40 a fortnight ago with recent outbreaks of the virus affecting Aston Villa, Newcastle, Manchester City and Fulham.

Six Premier League matches have been called off due to coronavirus cases this season, most recently Villa’s game at home to Everton on Sunday because of the ongoing Covid-19 issues at Villa Park.

Back to back Super 6 winners?