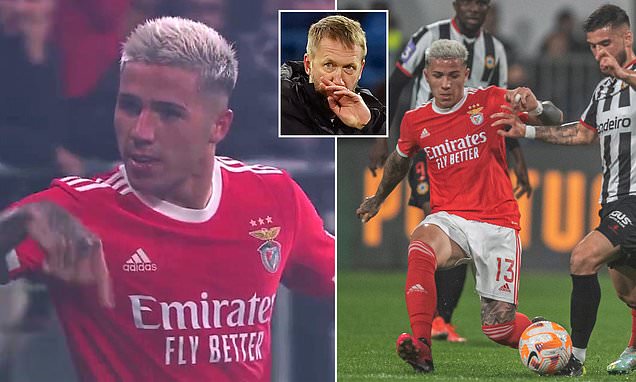 Enzo Fernandez hinted he will stay at Benfica with an ‘I’m staying’ goal celebration on his return to the Benfica team.

The World Cup-winning Argentina midfielder was dropped after angering the club by returning to his native country for New Year celebrations.

But £112million-rated wonderkid Fernandez, who has been heavily linked with a move to Chelsea, played in his side’s 2-0 Portuguese Cup win against Varzim on Tuesday – and, after netting, gave an indication he is going nowhere. 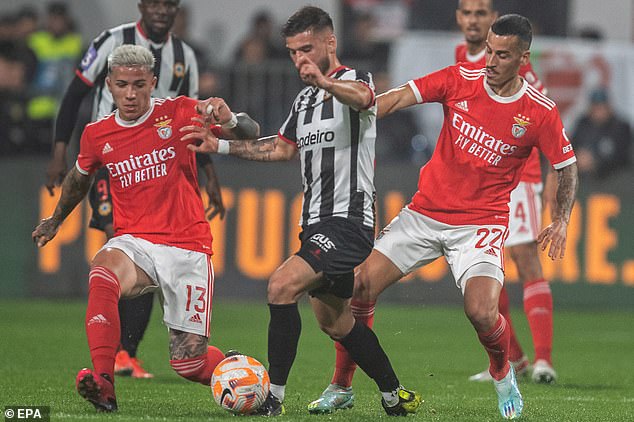 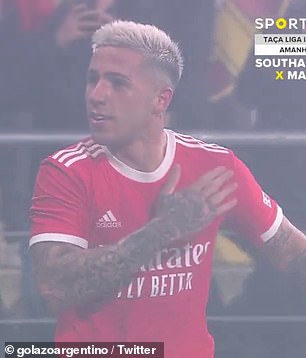 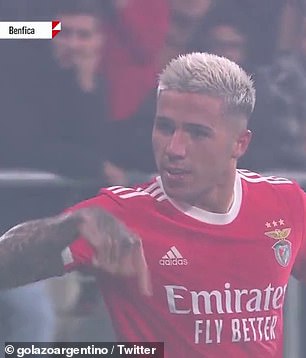 After providing a confident first-time finish from close range, Fernandez performed an emotional celebration in front of the Benfica fans in the away end.

Social media video shows the 21-year-old tapping the club’s badge on his shirt multiple times, pumping his fist, before pointing to the ground to indicate ‘I’m staying here’ and slapping the Benfica badge again.

Fernandez, who played the full 120 minutes as the South American outfit triumphed against France on penalties in the World Cup final in Qatar in December, is widely considered to be one of the most promising talents in world football. 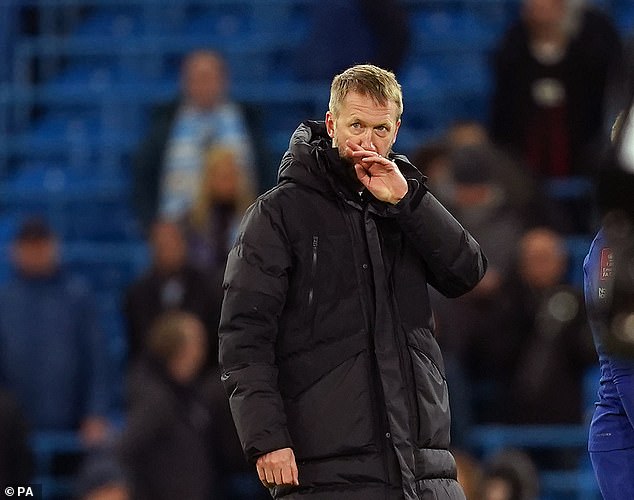 Chelsea were willing to pay £112million for wonderkid Fernandez, but Benfica boss Roger Schmidt declared their pursuit ‘closed’ – in another blow to Blues manager Graham Potter 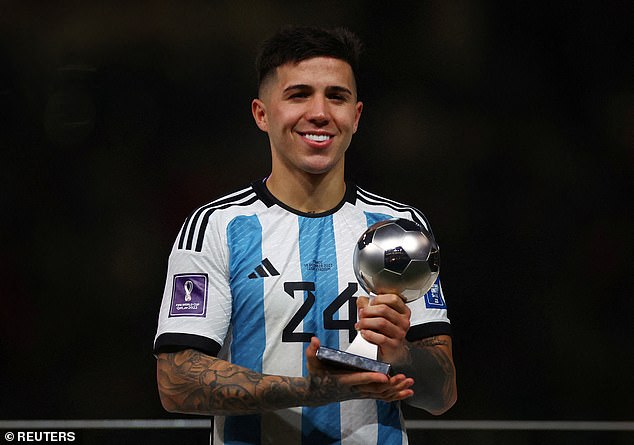 Despite only joining the Eagles for £10m from River Plate last summer, Premier League Chelsea are thought to be willing to pay his £100m-plus release clause following a string of magnificent performances for both club and country.

But Benfica boss Roger Schmidt on Monday declared the Blues’ pursuit of the player ‘closed’ in another blow to manager Graham Potter.

And given Fernandez’ latest actions, it now seems he has come to terms with staying at the Estadio da Luz. 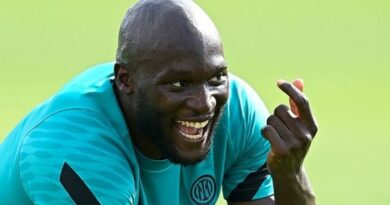