New Everton boss Rafa Benitez has told James Rodriguez that he isn't in his immediate plans at Goodison Park.

The Colombian midfielder was a key part of Carlo Ancelotti's squad last season.

However, after the Italian left for Real Madrid, Rodriguez has been left out of the first team, and he doesn't appear to be in Benitez's plans.

Benitez joined on as the Toffee's gaffer in late June, having previously managed their city rivals Liverpool for six years.

And Rodriguez's future is up in the air on Merseyside, with Benitez not seeing the Colombian as a key member of his squad.

According to the Liverpool Echo, Benitez is looking to build a squad around players he can depend on who will offer certain energy levels and intensity each week.

And Benitez has doubts about the Colombian's injury record.

However, when playing for Everton, he captured the Toffee's faithful like few others had before – bagging six goals and five assists last season.

Is Benitez right not to involve Rodriguez? Let us know in the comments section

And Benitez has no doubts about Rodriguez's ability, but he reportedly sees the Colombian's wages as too high – rumoured to be around £200,000-per-week – and can't justify keeping him in the squad.

On Monday evening, Rodriguez said he wanted to play for a club where he felt 'wanted'.

Everton are willing to let their Colombian star go if the right offer is tabled for him.

However, the report continues that due to Rodriguez's massive wages, the club have accepted that he won't be the easiest to move on this summer.

Sevilla and AC Milan have registered their interest in the midfielder.

And Rodriguez has spoken about his desire to play in the Serie A on multiple occasions.

The 30-year-old's contract expires next summer, however, the club does have a one-year extension clause. 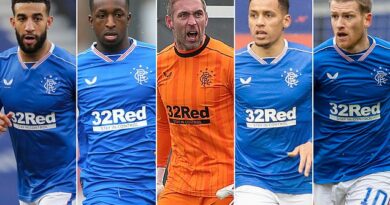