‘Big mistake tonight and I owe you my best for your continued support’: Manchester City defender Benjamin Mendy laments huge error in defeat against Wolves

Manchester City defender Benjamin Mendy has apologised to supporters for his mistake in his side’s 3-2 defeat to Wolves.

City had Ederson sent off after 12 minutes but two goals from Raheem Sterling – one of which was a controversial retaken penalty – put the visitors in control.

But Pep Guardiola’s side then capitulated, as Adama Traore pulled a goal back before Mendy lost the ball in his own area, which allowed Traore to square for Raul Jimenez to make it 2-2. 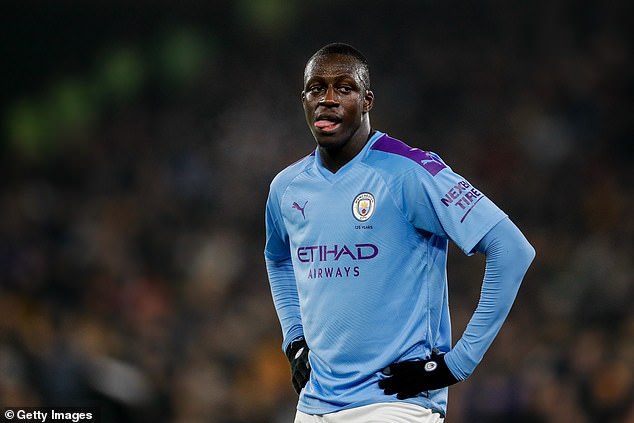 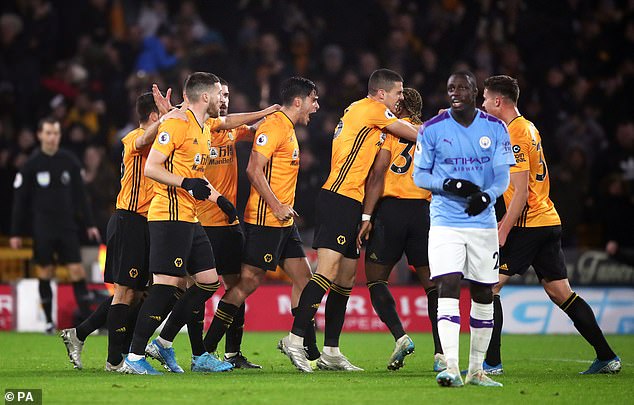 Mendy gave the ball away in his own penalty area, which allowed Raul Jimenez to score

Matt Doherty then struck an 89th minute winner to complete a stunning comeback and after the game Mendy pleaded with City fans for forgiveness.

He tweeted: ‘It’s easy to talk when everything is going well, but it’s hard to do when sh*t hits the fan…Big mistake tonight and I owe you my best for your continued support. Time to keep our heads up and keep working to come back at our best level. #comeoncity.’

After the game, Mendy was blasted by former Liverpool striker Michael Owen. Speaking on Amazon Prime, he said: ‘No one is sure why Mendy is ushering it out there, just clear it. Why can’t he just kick it? He had three opportunities? I don’t know what he was thinking?’

The result leaves City all but out of the Premier League title race, with the reigning champions now trailing leaders Liverpool by 14 points having played a game more. 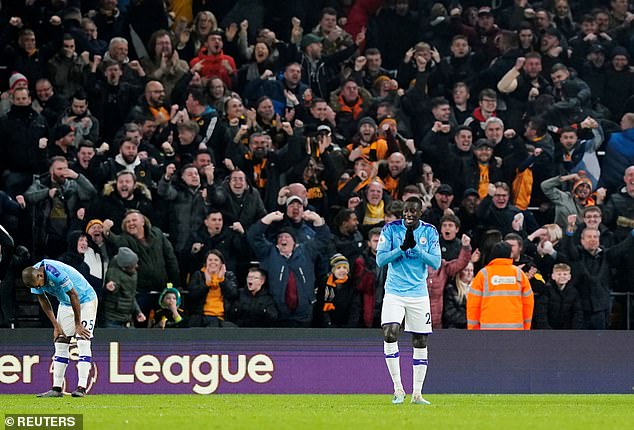 After the game, Guardiola admitted the title was now out of his side’s reach. ‘It’s unrealistic to think about Liverpool, we think about Leicester,’ Guardiola he said. ‘We have the chance to recover second place. I know the quality of my team but that’s the situation.’

‘It is a really bad situation for us. A frustrating first half of the season. Nobody expected us to be this far away from Liverpool at this halfway point.

‘We have to continue now. We know that winning the title is very complicated. I wouldn’t say impossible but very difficult.’

City are in action again on Sunday when they host Sheffield United at the Etihad in the day’s evening kick-off. 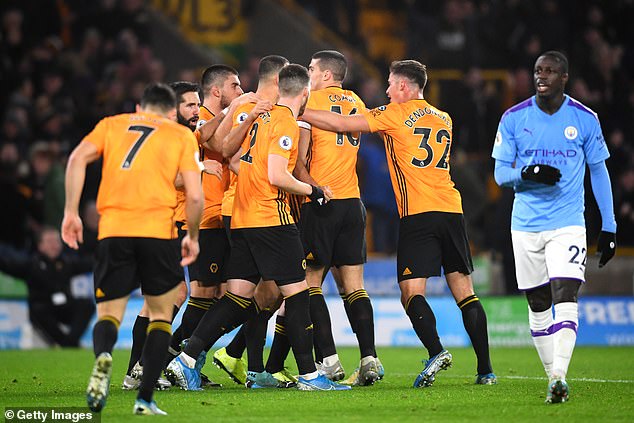 Manchester City vs. Liverpool: Reds were less than an inch away from scoring in wild first-half sequence