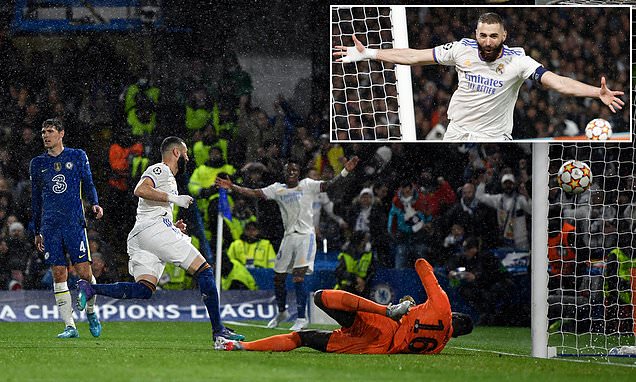 The Madrid No 9, who won his fifth European Cup with victory against Liverpool in Paris on Saturday, won the player of the tournament award after his terrific record of 15 goals in 12 matches.

Now, with the top ten goals of the competition being selected by UEFA’s Technical Observer panel, Benzema’s header against Chelsea in the quarter-final first-leg at Stamford Bridge has pipped Vinicius Jr and Kylian Mbappe to No 1. 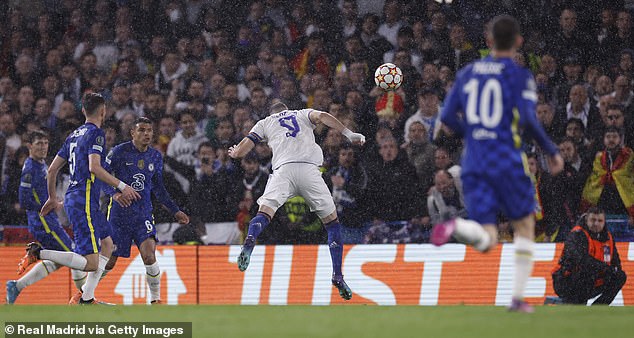 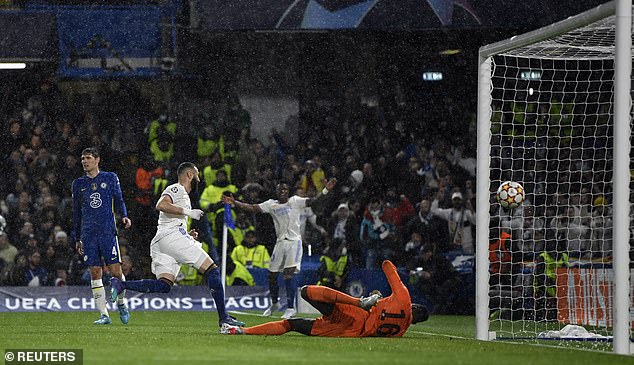 The Frenchman met the ball with perfection from Vinicius’ cross, heading firmly and accurately beyond Blues keeper Edouard Mendy – the first of three goals in a 3-1 first-leg victory.

Vinicius’ mesmeric solo effort against Shakhtar Donetsk in the group-stages was voted the second-best goal, while Kylian Mbappe’s late winner versus Madrid in the last-16 first-leg completed the top-three.

Also on the shortlist was Robert Lewandowski’s goal against Dynamo Kyiv, Alex Telles’ volley versus Villarreal and Lionel Messi’s strike against Manchester City.

Thiago Alcantara’s scintillating long-range effort against Porto for Liverpool was 10th on the list. 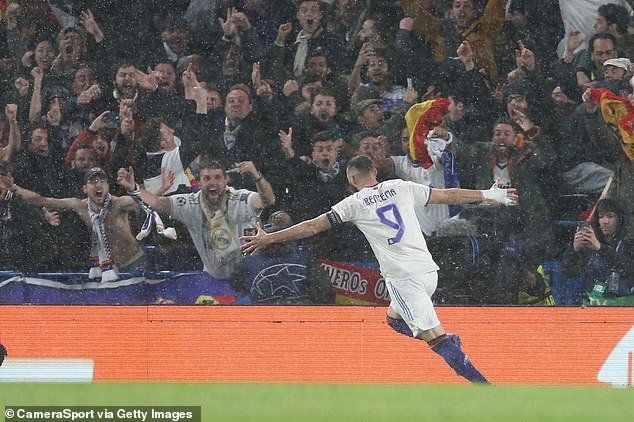 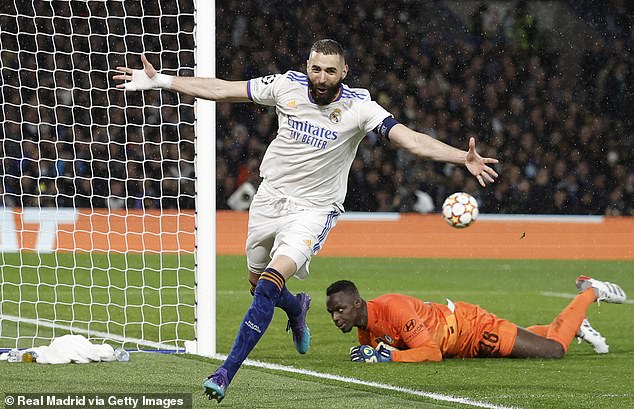 Benzema’s header set him on his way to another European hat-trick, having scored three goals against PSG to turn the last-16 tie on its head at the Bernabeu.

He also scored twice in the first-leg of the semi-final against Manchester City, as well as converting the match-winning penalty in the second-leg.

Fans can still vote for their favourite goal out of the 10 listed on the UEFA website.

UEFA’S GOALS OF THE TOURNAMENT