Dimitar Berbatov says Sir Alex Ferguson was so determined to pitch him straight into battle for Manchester United against Liverpool that he went back on a promise of giving him a week-long break.

The Bulgarian forward tied up a deadline day move to Old Trafford from Tottenham at the beginning of the 2008/09 season, with his switch from White Hart Line going right down to the wire.

Berbatov admits that he wasn't too aware of the rivalry between the clubs back then, but he soon was.

"Liverpool was the team we were trying to surpass on league titles when I got to Old Trafford. They had 18, we had 17," Berbatov told the United website.

"Sir Alex was with me when we were finalising the transfer and it was so last minute, so worrying that it was happening so late, that he said: 'Berba, I know it’s stressful, what you’re going through, but, when we finish this, I promise you can have a week’s break so you can get yourself together.'

" But that was all fine. As the game got closer, I could feel the excitement, the nerves, the tension. 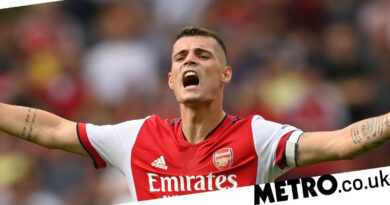