Two goals from Joe Willock and another from Alex Iwobi saw Arsenal cruise into the fourth round of the FA Cup after a 3-0 win against Blackpool.

Willock got Arsenal off to an ideal start with a simple tap-in in the 11th minute before he doubled Arsenal’s advantage midway through the half with an easy finish (37).

Eddie Nketiah, who led Arsenal’s forward line, squandered three good opportunities to extend the visitors’ lead in the first half but he was unable to finish off his chances.

Blackpool responded brightly in the second half, with Michael Nottingham missing the best chance to pull the Sky Bet League One side a goal back, but it ended up a comfortable evening for Arsenal when Iwobi tapped in their third in the 82nd minute.

Man of the match: Joe Willock

Nketiah spurned a glorious chance to put Arsenal in front in the third minute, as he somehow dragged his shot into the side netting, shortly before he missed another point-blank opening after meeting Ashley Maitland-Niles’ squared cross. 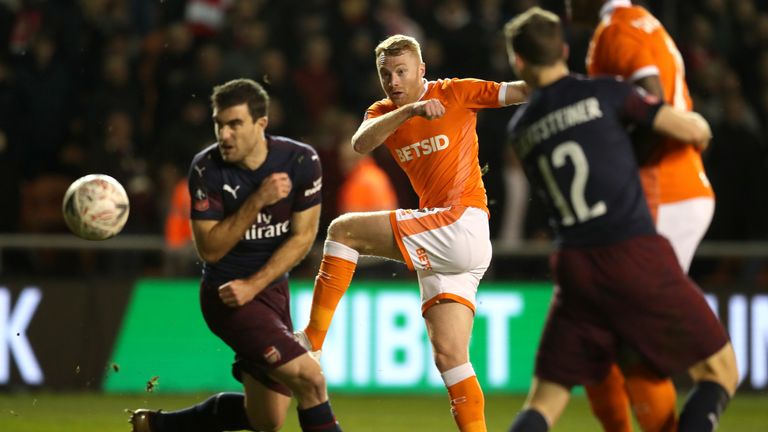 But only four minutes later and it was another youngster, Willock, who gave Arsenal the lead. Aaron Ramsey’s free-kick deflected off the wall onto the inside of the post before the 19-year-old pounced to head into the empty net.

Blackpool responded positively with Liam Feeney and Armand Gnanduillet causing some problems, but Arsenal secured a two-goal cushion in the 36th minute when Willock latched onto Nketiah’s near-post flick after some tidy footwork from Alex Iwobi on the inside right channel.

Blackpool fought back in the second half and almost grabbed a goal through right-back Nottingham in the 57th minute, but he sidefooted his misplaced effort over the bar.

Unai Emery introduced Alexandre Lacazette off the bench seven minutes later which swung the game back in Arsenal’s favour. Mohamed Elneny dragged a shot wide shortly before a dangerous ball across the face of goal from the French striker evaded everyone.

19y 138d – Joe Willock is the youngest player to score for Arsenal in the FA Cup since January 2010, when Aaron Ramsey netted against West Ham (19y 8d). Glimpse.

With Arsenal in cruise control, they got their third late on through Iwobi as he capitalised on Ramsey’s low shot which rebounded straight to him off substitute goalkeeper Christoffer Mafoumbi.

Arsenal have progressed from the third round of the FA Cup in 22 of their last 23 attempts, with their only failure coming last season against Nottingham Forest.

Joe Willock (19y 138d) is the youngest player to score for Arsenal in the FA Cup since January 2010, when Aaron Ramsey netted against West Ham (19y 8d).

Man of the Match – Joe Willock Arsenal had a flurry of openings to score in the first half and although Nketiah failed to convert his three good chances, Willock made the most of his and will certainly be in Emery’s mind for further first-team opportunities after his confident display.

He combined well with the rest of Arsenal attack, particularly with Ramsey, and was the difference-maker in a game which lacked quality for long spells.

‘Everyone is happy now’: Pierre-Emerick Aubameyang responds to Piers Morgan over Arsenal exit 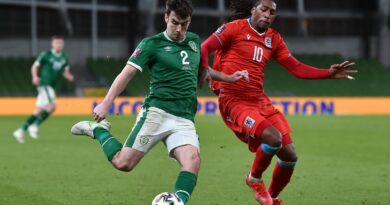