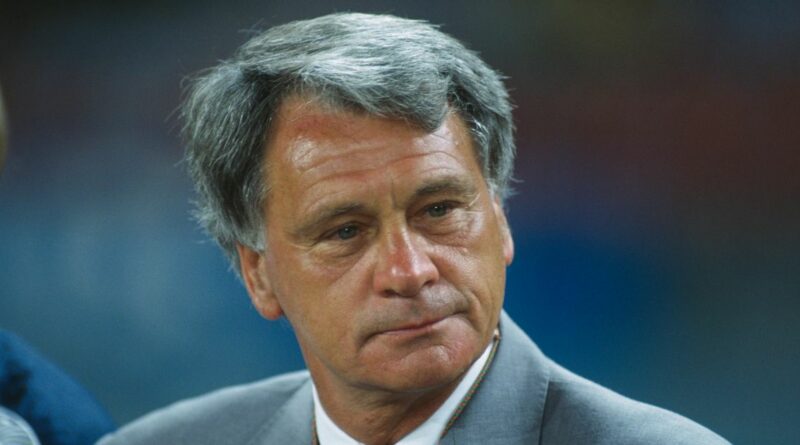 England suffered heartbreak in the 1990 World Cup penalty shoot-out defeat against West Germany, and Chris Waddle has revealed how he helped the squad after it.

The winger, then playing for Marseille, was in top form throughout the tournament, but missed a penalty in the shoot-out and that stained his summer.

Waddle, speaking exclusively to Ladbrokes at the launch of their European Championships 5-a-side Bet, has revealed how their manager helped them get over the defeat.

“Bobby [Robson] was as disappointed as we were in the changing room after the Germany shootout.

“We'd come so close, and he was very passionate about England and English football.

“He went around the room to every player individually and told us we'd done the country proud, we'd had a good game and we've now got to move on.

“It's history, you leave it and you move on.

“There were a lot of tears in that changing room, which you'd expect.”

Waddle then said that even though England failed to get the better of West Germany, they were in a confident mood and could’ve beaten Argentina in the final had they got there.

“It takes a couple of weeks to really set in.

What did you make of England's run at the 1990 World Cup? Let us know in the comments below.

“You're at home with your family and you can't help but think 'we nearly won that tournament'.

“That's when you start thinking of the ifs and buts.

“We'd still have had a tough game against Argentina but we'd have fancied our chances against that side.

“They didn't have a lot of top players, they were just a bit physical.

“They spoiled every game they were in.”

England have reached two semi-finals in major international tournaments since, losing both.

Six years after the heartbreak of Italia ’90, Germany beat them at Euro ’96 at Wembley, once again in a shoot-out.

In 2018, they lost 2-1 in extra-time against Croatia, and they will hope to put those demons to rest when they face Denmark tonight in the semi-final of Euro 2020.