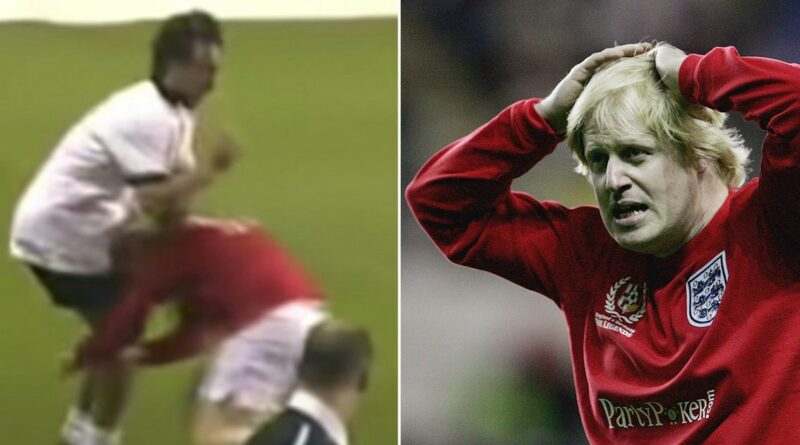 Boris Johnson's time as Prime Minister may well be coming to an end as he faces a no-confidence vote from Conservative MPs – and there is one former Premier League midfielder that hopes he doesn't use his free time to resume his charity football career.

The bumbling future Prime Minster produced what might be the most bizarre tackle in the history of the game by headbutting ex-Manchester City loanee Maurizio Gaudino in the genitals during an England vs Germany legends clash at Reading's Madejski Stadium in 2006.

"At such a speed! And then, unfortunately, he tripped and fell on my hip with his whole body weight. It was painful for just a moment," Gaudino later said in an interview with Welt.

Boris found himself in a left wing back position with just five minutes to go on the clock, with both England and Germany players winding down with the visitors leading 4-2.

But rather than try and force Gaudino into a mistake, Boris lost all knowledge of the sport and reverted to a game in which he was more familiar – rugby.

Sticking his head down and charging at his opponent, Boris launched his body forward with his head colliding with the private area of the former international.

What has been Boris Johnson's biggest blunder? Give us your thoughts in the comments section below

"And then it's difficult to react to it."

Gaudino played for Stuttgart, Eintracht Frankfurt and Basel among others during an extended playing career between 1984 and 2003, playing 23 league games while on loan at City between 1994 and 1995, scoring three goals.

On this occasion, Boris was very aware of his blunder, saying sorry on more than one occasion to his German counterpart in a turn of phrase that might now be harder to come by.

Gaudino concluded: "He apologised several times, even afterwards in the changing room."

Worryingly, that is not the worst sporting blunder made by the journalist turned MP and later PM, because he shoulder charged a 10-year-old child while playing touch rugby in Japan nine years later. The child said of the incident: "I felt a little bit of pain but it’s OK."

In a later speech given to the British and American chambers of commerce, Boris said: "We have just played a game of street rugby with a bunch of kids and I accidentally flattened a 10-year-old, on TV unfortunately.

"But, he bounced back, he put it behind him, the smile returned rapidly to his face. That is my theme tonight … the possibility that confidence can suddenly and unexpectedly return."

Seven years later, Boris faces an uphill battle keeping hold of his 10 Downing Street dwelling with Conservative MPs getting ready to vote on whether he should remain as leader of the party.

In a letter to his colleagues, Boris says that he can be "trusted to deliver bold and innovative solutions to difficult and longstanding problems".

Despite those pleas, Labour leader Keir Starmer says it will be the "beginning of end" for Johnson's leadership whatever the outcome of the vote is. 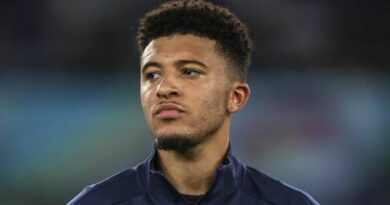 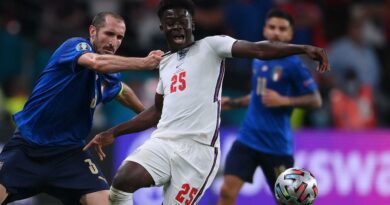