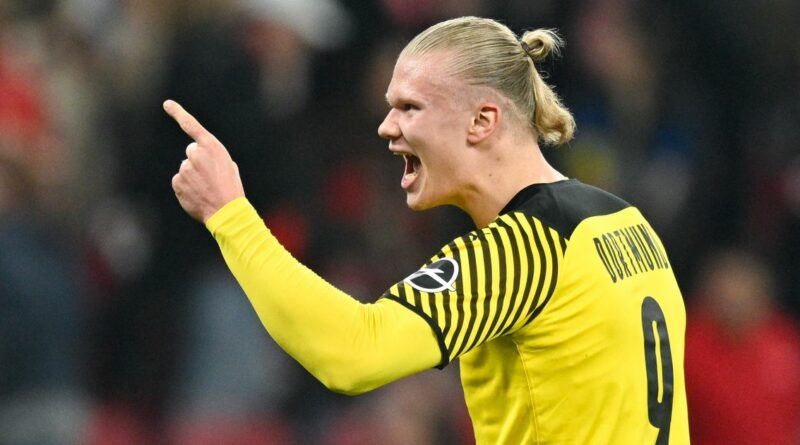 Borussia Dortmund have admitted defeat in the battle to keep Erling Haaland out of the clutches of Manchester City.

The German club know they face a losing battle when it comes to matching the wages on offer from Pep Guardiola's Premier League champions. Guardiola has made Haaland his No.1 target this summer after identifying him as the long-term replacement for Sergio Aguero, who left the Etihad in 2021.

The Spaniard is in pole position to land Haaland after City made it clear they would be prepared to make him the highest-paid star in the top flight on more than £500,000-a-week.

This would see the Norwegian sensation eclipse the wages Cristiano Ronaldo is currently earning at City's neighbours Manchester United. Haaland, 21, will leave Dortmund at the end of the season due to the £64m release clause included in his contract when he joined them from RB Salzburg in 2019.

Real Madrid, Barcelona and Paris Saint Germain are also keen on signing Haaland, but Guardiola is winning the race to land his man and Dortmund CEO Hans-Joachim Watzke admits there is nothing he can do about it.

Where will City finish with Haaland in their side? Let us know in the comments section.

He said: "I've given up judging media rumours, otherwise my day would have to have 36 hours. We don't currently know anything specific from the player side, nor has anyone approached us. However, we cannot keep up financially if Manchester City comes in [for Haaland]."

Haaland has been a revelation since joining the Bundesliga side in 2020, scoring 80 goals in 80 matches to become the most sought-after striker in world football.