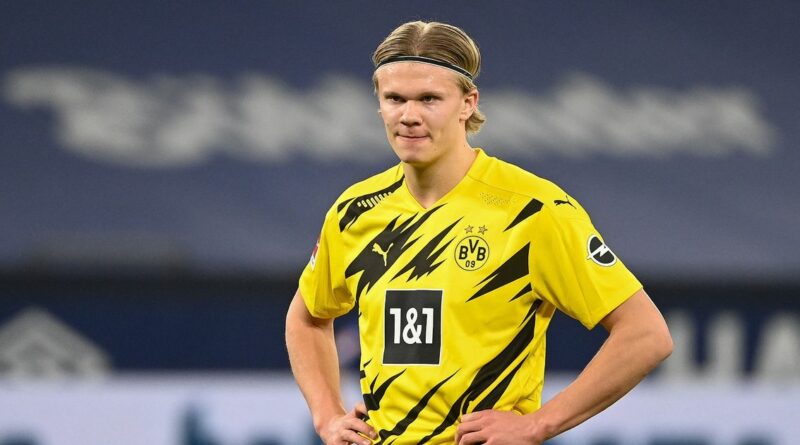 Borussia Dortmund "assume" that Erling Haaland will remain at the club beyond this summer according to head of first-team football Sebastian Kehl.

The striker is the subject of huge interest from several of Europe's top teams.

Haaland has a release clause that will come into play next summer.

That has led to suggestions that Dortmund could cash in at the end of the season when they would be able to name their price.

Kehl though is confident that the Norwegian will remain at the German club and has backed him to get even better.

He told Bild: "We assume that he will stay beyond the summer and become an even better player with us."

Haaland has been a leading light for Dortmund this season, scoring 27 times in 27 appearances.

But the Norwegian wants to keep playing in the Champions League and his current club are in danger of missing out as they sit fifth in the Bundesliga.

That could complicate his future with the likes of Manchester United, Real Madrid and Barcelona all keen.

Haaland's father, Alfe-Inge, has previously reiterated his son's commitment to the Bundesliga outfit.

He remains open about future possibilities but claimed playing abroad is "not a priority".

“We signed a long contract with Dortmund and BVB have a fantastic team for Erling right now. We don’t want to look any further yet," he told Sport 1 earlier this season.

“You never know what will happen. We haven’t talked about such a step yet. I think he would like to win some trophies with Dortmund.

“That is his goal. Erling can still achieve a lot in Germany and make great progress. Abroad is not a priority for us.”

Barton a tinpot philosopher who never seems to learn from mistakes