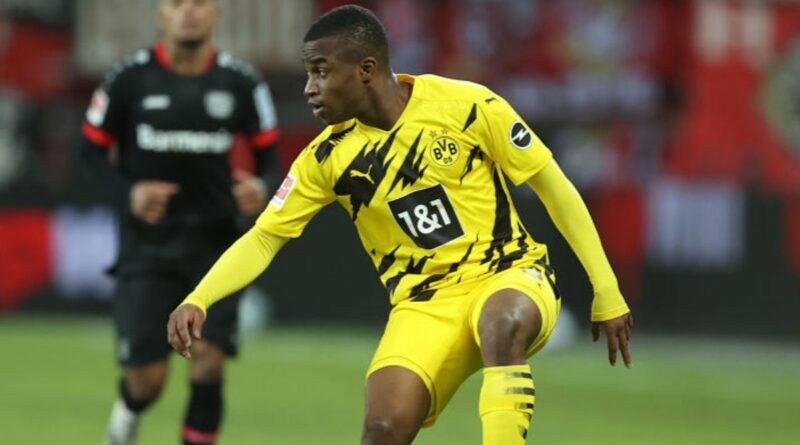 Borussia Dortmund’s teenage striker Youssoufa Moukoko has been ruled out for the rest of the season after suffering a ligament injury, the club said on Monday.

Moukoko is the youngest player to score in the Bundesliga after netting in December against Union Berlin at the age of 16.

He injured his leg in the last training session with Germany’s Under-21 squad last month ahead of the Under-21 European championship and was initially expected to recover in a few days.

Moukoko’s absence is a blow for Dortmund, who are at risk of missing out on Champions League football next season following Saturday’s 2-1 loss to Eintracht Frankfurt that left them fifth in the Bundesliga, seven points off fourth place with seven games left.

Moukoko is the youngest player to play in the Bundesliga and the Champions League.

The Germany Under-20 international has made 15 appearances for Dortmund this season, scoring three goals.

Jadon Sancho is also not available for the European tie at the Etihad due to a muscle injury.